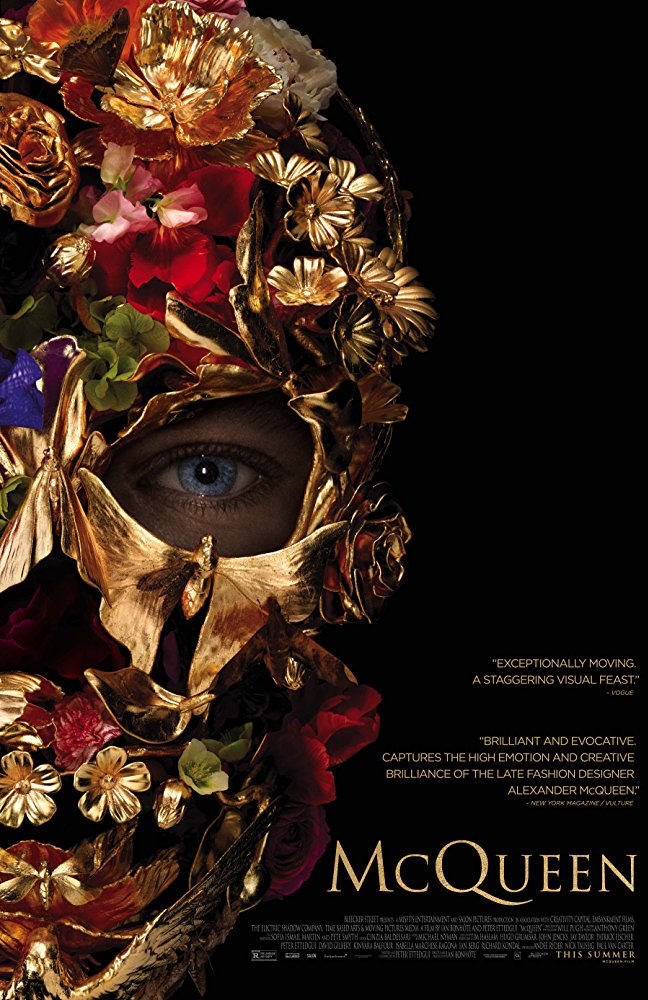 Entertainment News on July 9, 2018 0Likes At The Movies
ShareTwitterFacebookInstagram

Filmmakers Ian Bonhôte and Peter Ettedgui’s new feature length documentary, “McQueen” sets its sights on the tragic story of great British designer Lee Alexander McQueen up until his death in 2010.

Bohôte told Harpers Bazaar UK, “I think a documentary is better than a biopic because there’s no one better than the real people to tell the story. Audiences don’t care if it has slick imagery; they care about the emotion of that visual or footage, whether it shows them something they didn’t know.”

The dark genius that was the openly gay designer lies within his twisted inspirations that led to his wickedly wonderful clothing pieces. McQueen’s own curiosity was his driving force, and his knack for obscure history made the origin stories of the fashion so divine.

McQueen’s runway collections drew inspiration from the Salem witch trials, his experiences scuba diving, the serial killer Jack the Ripper, the environmental impact of trash pollution, the tradition of bullfighting, Joan of Arc as well as more odd sources like taxidermy, clowns, moths and piss fetishes.

McQueen worked with an impressive roster of big name stars like David Bowie, Lady Gaga and Björk. He designed the jacket for the cover of Bowie’s 1997 album “Earthling,” the dresses for Björk’s “Homogenic” album cover and “Pagan Poetry” music video in 2001, and clothing for Lady Gaga’s 2009 Grammy winning “Bad Romance” video.

“Plato’s Atlantis,” Alexander McQueen’s last runway show with him as the designer behind his McQueen brand, saw models transformed into post-human sea reptiles of the lost island Atlantis, adorned in snake skin prints and facial prosthetics. Models also graced the runway in sky-high, eleven-inch armadillo skin heels. The show was for the Summer/Spring 2010 season and debuted in October of 2009 to rave reviews.

2010 saw the death of McQueen’s mother, Joyce, and left him debilitatingly depressed and he “could not face the future”. Nine days later on February 11, McQueen took his own life.

Bonhôte and Ettedgui’s “McQueen” not only acts as a tribute to a fashion genius gone too soon, but also as a film to document the British troublemaker’s spirit.

“McQueen” premieres July 20 in select theaters. Watch the trailer below.