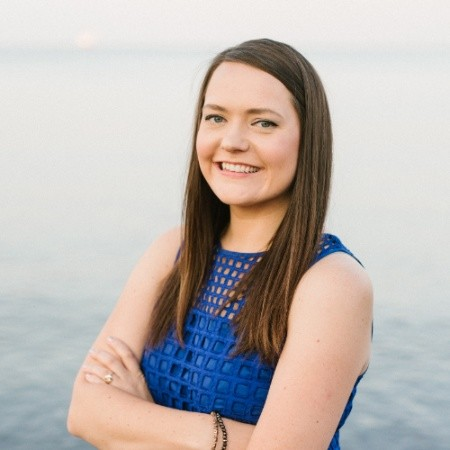 Reel 2 Real on July 9, 2018 0Likes At The Movies
ShareTwitterFacebookInstagram

Emmy Award winner Elizabeth Giorgi is the founder and CEO of Mighteor Productions. Her company is one of the world’s first internet video production companies that creates intriguing internet video that cuts through the clutter. Giorgi is currently residing in Denver Colorado on a few productions.

Giorgi takes on a new scope on film and branding content. “Mighteor is an internet video production company. In 2013, we started in

Minneapolis, Minnesota. We specialize in bringing cinematic quality production to social feeds and the internet overall. Our focus is on a hybrid of professional quality production with the focus on the web.” Her inspiration stemmed from prior experience on film projects. Giorgi has established ten years of experience in film production. She has worn many hats in various departments such as documentaries, news programming, and marketing on ad campaigns. “The world of Youtube was forming during the time I was working on all these things. In 2007, I was working on a project at the University of Minnesota. We were taking some of their videos and putting them on Youtube. We discovered they were getting a lot more organic gage online than the traditional television route. This was my inspiration.”

Elizabeth works to expand the availability of production as a career for women and people of color. “A lot of people think the #metoo and sort of the challenges production faces are a Hollywood thing. However, it is almost every single person that works with a company. Every woman that I know across this country has a #metoo story of their own. We have set out as an organization to truly give them a chance to get the career that they want despite their color and background.”

The fabulous film business woman gives her view on the Minnesota film scene and other nearby states such as Colorado, Iowa, and North Dakota. “We are incredibly fortunate to live in a time where anyone that is born anywhere can find an audience. This is true if you live in Minnesota, North Dakota, Colorado, or Iowa. The cool thing being a production company that focuses on the world is that we put so much emphasis with putting together awesome stories made by people instead of who is known and the crews. There is a tight-knit of “we got your back” and this is necessary in a smaller market.”

Giorgi is currently in post-production on a project about CableLabs. “CableLabs is the number one organization that does the vast majority of research in development for the TeleCom industry. We just finished production. I am excited and looking forward to distributing it in a non-traditional way online.” She continues to develop a new and creative way to view films.