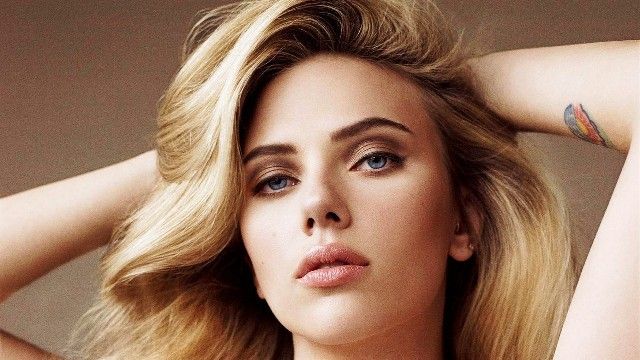 While the uproar surrounding Scarlett Johansson being casted as a trans man in the upcoming film may have been deserved, why haven’t other actors in the past received the same backlash when they played transgender people?

Critics deemed it inappropriate for Johansson to take the role of a highly marginalized group still extremely misunderstood in modern times. An estimated 1.4 million trans people live in the United States alone. Despite being a minority, trans-identifying people are not hard to find, and casting straight people in these roles only perpetuates the notion that being transgender is just putting a wig on and pretending to be a different gender. When straight actors play these highly sensitive roles, it does the entire community a disservice, and it’s just as offensive as a white actor playing a black role.

Johansson recently told gay lifestyle magazine Out, “In light of recent ethical questions surrounding my casting, I have decided to respectfully withdraw my participation in the project. I have great admiration and love for the trans community and am grateful that the conversation regarding inclusivity in Hollywood continues.”

She went on to cite a GLAAD study that showed LGBTQIA+ characters have decline 40% from 2016-2017 and that no representation of trans people was included in any major film release. Johansson herself is cisgender, meaning she identifies with the gender she was born as.

Johansson previously addressed this controversial casting through her rep, who issued a brief about other cisgender actors who have played transgender roles. “Tell them that they can be directed to Jeffrey Tambor, Jared Leto, and Felicity Huffman’s reps for comment.”

The point made here is that many Hollywood actors have played trans characters despite being holding trans identities themselves. And while it’s petty to address criticism for your casting by giving examples of others who have committed the same crime, Johansson has a point.

1992’s “The Crying Game” and its transgender twist casted Jaye Davidson in a trans role. The year also had “Orlando” with Tilda Swinton playing a trans man. Two years later was “The Adventures of Priscilla, Queen of the Desert” that cast Terence Stamp as a trans woman and “Naked Gun 33 1/3: The Final Insult” cast Anna Nicole Smith as a trans woman as well.

Even in recent years, miscasting straight people as trans individuals still occurs without the public batting a lash. “Transamerica” in 2005 had Felicity Huffman playing a trans woman, “Dallas Buyers Club” in 2013 had Jared playing an AIDS-stricken woman which won him a Golden Globe and Screen Actors Guild award, Amazon’s “Transparent” in 2014 had Jeffrey Tambor playing trans woman, “The Danish Girl” in 2015 had Eddie Redmayne in an Academy Award-nominated role as a trans woman and “3 Generations,” in 2015 as well  had Elle Fanning playing a trans man in the process of transitioning.

The question remains, why do some actors like Johansson face appropriate backlash when they are miscast but others like Leto and Tambor don’t, and instead are awarded with high honors? It all boils down to sexism in Hollywood whereas female actors get a lot more heat and a lot less pay than their male co-stars. If we want to change the system, then we should treat male and female actors the same when they screw up, and ultimately boycott any actor who plays a role they are unfit for in regards to gender identity.

Actors referenced in order, all who have played transgender roles despite being cisgender (all except one straight)