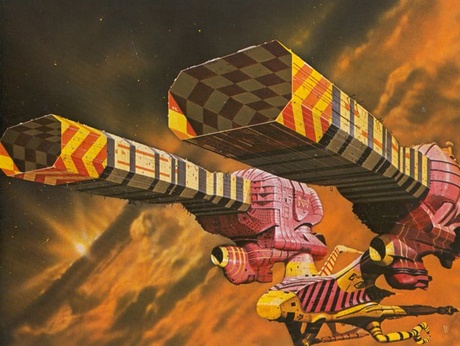 Fun Facts on July 17, 2018 0Likes At The Movies
ShareTwitterFacebookInstagram

Before David Lynch’s box office bust adaptation of Frank Herbert’s “Dune” in 1984, there was 1975’s star-studded, 14-hour version directed by Alejandro Jodorowsky. After director Stanley Kubrick found huge success with his sci-fi flick “2001: A Space Odyssey,” it’s no surprise that Hollywood went into a scramble to pitch and produce the next big intergalactic hit.

Originally intended to be produced by Arthur P. Jacobs (the original “Planet of the Apes” franchise), he passed away after attaining the book’s rights for film development. His role was passed to producer Michel Seydoux and filling the directorial role was Jodorowsky, known for his trippy, surreal, saturated style evident in his fantasy films “El Topo” and “The Holy Mountain,” the latter of which the Beatles loved.

The other stars that signed on to the project were even bigger. Writer, radio legend, and director Orson Welles (“Citizen Kane”) would be playing a Jabba the Hut-esque obese beast, Charlie Chaplin’s daughter Geraldine (“Doctor Zhivago”) would also appear as well as Gloria Swanson (“Sunset Boulevard”) and David Carradine (“Kill Bill”).

Oh, and also the Rolling Stones front man Mick Jagger and surrealist painter and all-around artistic lunatic Salvador Dali would play leading roles. Even better, the film’s soundtrack was to be produced and recorded by rock powerhouse Pink Floyd whose album “The Dark Side of the Moon” sold over 26 million copies worldwide.

Dali agreed to the role, only after he demanded to be paid $100,000 an hour on set and a huge throne that acted as a toilet made from intersecting dolphins of gold. He also insisted that it was crucial to the film’s plot to see him urinate and defecate on screen for the sake of his character’s development. This all comes from the same man who painted melting clocks for a living and declared, “I don’t do drugs, I am drugs.” To cut corners, Jodorowsky crafted a robotic body double of Dali using plastic and Dali was on set for no more than an hour and a half.

“For me, movies are an art more than an industry. For ‘Dune,” I wanted to create a prophet. ‘Dune’ will be the coming of God,” Jodorowsky boasted to the press. The ambition of the film was astronomical, and utterly unrealistic.

The film’s measly $9+ million budget proved not enough to complete the project reasonable. $2 million of that budget was spent in the pre-production stage alone, creating a script the size and thickness of an old school phone book.. Because Dune surrounds opulent dynasties on faraway planets and would require heavy revisions to simplify the dense premise, it would be too difficult of a challenge to reduce the plot to a straightforward $9 million film. Even with all the big names attached to the epic, Jodorowsky wouldn’t have the time or money to execute his grand plan of elaborate, galactic settings and space-age technology.

“Almost all the battles were won, but the war was lost. The project was sabotaged in Hollywood,” wrote Jodorowsky years later, noting that it’s because of the team’s extensive storyboards and conceptual maps that later influenced big sci-fi blockbuster releases like “Star Wars” and “Alien.”

Upon further development, the movie would be translated into a 10-hour miniseries and passed off to director Ridley Scott (“Alien,” “Blade Runner”) to save, but even he couldn’t rescue the plans. Soon, production for the film dissolved and it entered the depths of Hollywood’s development hell.

A decade later, David Lynch (“Twin Peaks”) was tapped to direct a version of Dune, and his actually saw the light of day. Of course, critics besmirched it and audiences were disappointed. Lynch’s 1984 adaptation borrowed little from Jodorowsky LSD vision of Dali and Mick Jagger dancing in space, and it took five script rewrites before production began. 80 hugely detailed sets were constructed and the crew on set teetered around 2,000 people. Kyle MacLachlan (also of “Twin Peaks” fame) starred alongside The Police singer Sting in the film, and music was handled by Brian Eno (former Talking Heads producer) and Toto. Ultimately the film flopped and grossed $30 million on its $40 million budget, unable to break even.

Jodorowsky’s grandiose dreams of bringing “Dune” to the masses never hit theaters, and it’s a shame due to all the time and money poured in by dozens of talented names in Hollywood. A documentary went on to be created about the failed film, aptly titled “Jodorowsky’s Dune” in 2013, and the unmade movie forever embedded itself into the folklore of nerd enthusiasts and movie buffs alike.