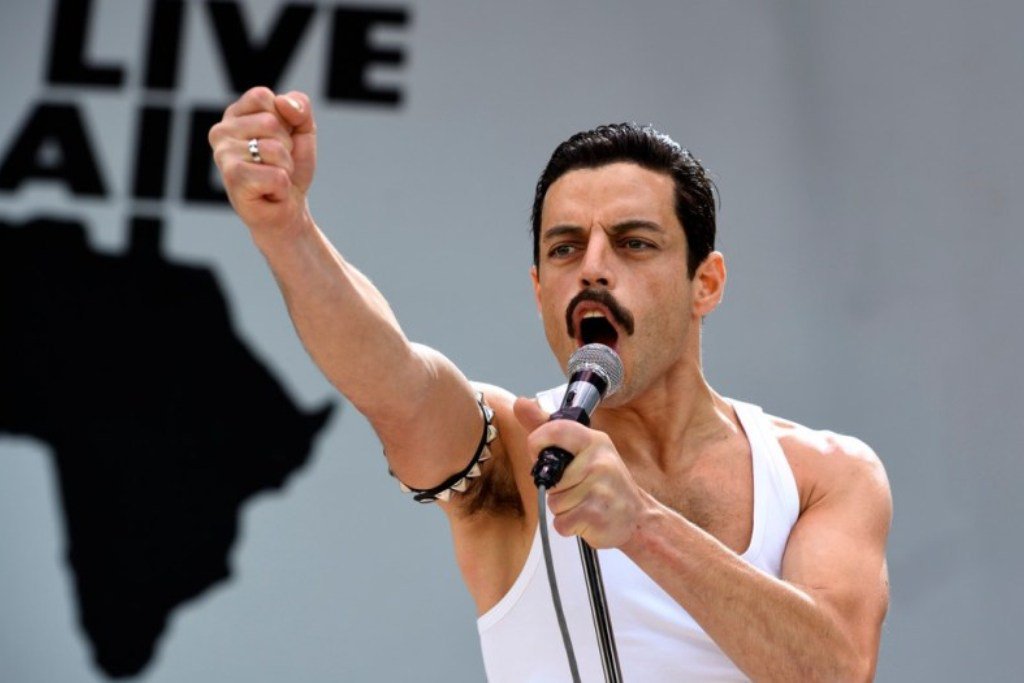 Entertainment News on July 19, 2018 0Likes At The Movies
ShareTwitterFacebookInstagram

When the trailer for the new Freddie Mercury of Queen biopic directed by Bryan Singer premiered in May, there was something very significant that was noticeably missing: Mercury’s homosexuality.

While Mercury’s sexuality was kept a secret in public, his death in 1991 from AIDs brought his personal life to light. Three years later, his boyfriend/life partner Jim Hutton released Mercury and Me, a memoir chronicling his loving times with Mercury. The two had met at a gay club in the eighties and Hutton moved in to Mercury’s multi-million-dollar mansion two years later. They both wore wedding bands every day to show their commitment to each other.

Hutton is also entirely missing from the film trailer.

While the film’s tagline reads “The only thing more extraordinary than their music is his story,” it’s clear that the story that will be depicted on the big screen isn’t the complete one. By sweeping Mercury’s sexual orientation and serious, same-sex relationship under the rug, you’re putting him back into the closet and watering down his struggles as a queer man.

Hutton was by Mercury’s side during the end of his life and passing from AIDS. He was the one sitting at Mercury’s bedside every day, changing his underwear when he didn’t have control of his bodily functions, when he was high on morphine to fight the pain of the disease overtaking his body. It’s these intimate moments that play a huge role in Mercury’s rise and fall, and without them being shown on screen, it’s easy to erase facets of his identity that were so taboo at the time.

Writer and producer Bryan Fuller was quick to call out the trailer’s dismissal of Mercury’s sexuality and AIDS diagnosis. “Anyone else mildly annoyed that the trailer features gay/bi superstar Freddie Mercury flirting with and twirling with a woman but no indication of his love of men? […] Dear 20th Century Fox: Yes, it was a life-threatening illness, but more specifically it was AIDS from having gay sex with men. Do better.”

“Bohemian Rhapsody” plans to tell the story of Freddie Mercury from the formation of Queen up until their iconic 1985 Live Aid performance which saw over 70,000 audience members scream along to the band’s twenty-minute set as well as 1.9 billion people watch from the comfort of their own homes. This live performance isn’t where Mercury’s career or life ends, but that’s what the movie will make you believe.

In fact, time kept moving after 1985. A year later the band embarked on The Magic Tour, but was forced to cancel it months later due to Mercury’s worsening condition. Queen released three more albums in the following years and Mercury himself released two solo albums. Contrary to Singer’s on-screen timeline, Live Aid did not mark the end for the band, it only brought about further success.

The fall of a beloved star like Freddie Mercury is tragic, yes, but the suppression of Mercury’s queer sexuality in the media, especially within a huge-scale, blockbuster movie like “Bohemian Rhapsody” is nothing short of a disappointment to the LGBTQIA+ community that looked up to Mercury. Millions of fans will flock to theaters to see this film, yet none will get the full picture of a successful gay man who was another victim of the 80’s AIDS epidemic.

Silencing a queer person of color’s voice and stifling his story is one thing, but further damaging this film is that it is directed by Bryan Singer.

Singer has directed huge budget action flicks like 2000’s “X-Men” and 2006’s “Superman Returns” but both dull in comparison to the controversies he has been involved in offscreen.

Needless to say, “Bohemian Rhapsody” is not a film anybody should be spending their money to go and see. In the wake of Harvey Weinstein and the #MeToo movement, we should know better than to be supporting cinema from known alleged predators. Freddie Mercury deserves more than this, and Queen fans deserve more than a flashy, big-budget movie that fails to address the real truth surrounding Mercury’s life and subsequent death from AIDS.