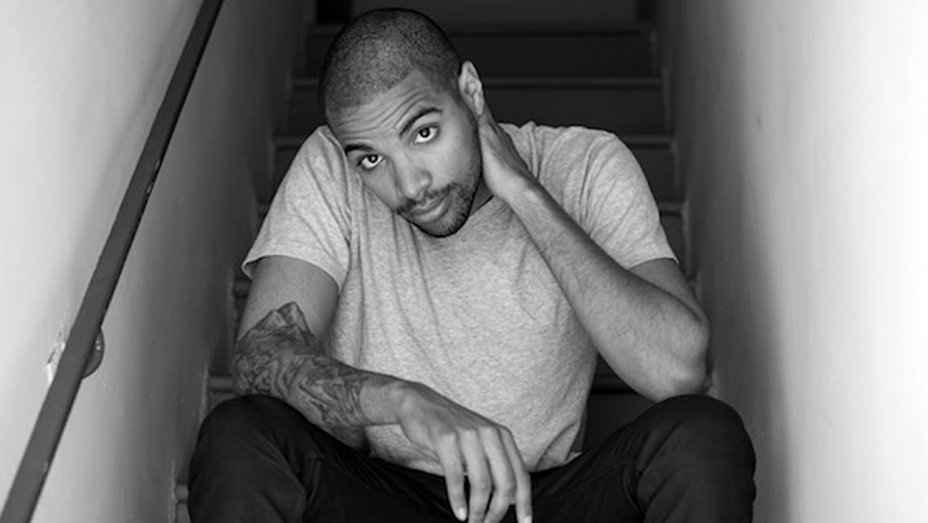 Hot Summer Nights is the first film directed by Elijah Byum. The rookie is set to premiere his film that’s a love story between two young adults. In just one week, Bynum will invite the world into the world of growing up and living through the heartbreaks of being a young adult. A move to Los Angeles with hopes to become a producer turned into becoming a newcomer to the film industry.

EB: I have written one other script. I wrote this script once moving to Los Angeles. I wanted to see if it was possible to write a script. I put a fake name on the script and gave it to a buddy of mine. I wanted him to tell me what he thought. He said it was pretty good. I felt confident enough to write another one in which became Hot Summer Nights.

ATM: Discuss the atmosphere and setting for writing the script for Hot Summer Nights. Where were you in your life?

EB: I had just left my job with a little money saved up. I wanted to write something that was going to get me at least a manager and an agent. I was looking for a story that was fresh, original, and would appeal to people. I witnessed this happening to me, so the story became personal. This is why I thought it would make for a good story.

ATM: Were there any other conclusions you wished to implement compared to current end to this movie.

EB: Yes, with the earlier drafts of the script. I had played with an ending that was more violent and more dramatic. The current ending seemed more real to me.

ATM: What was your thought process of implementing the central focus as love between young kids in a Bildungsroman film?

EB: Coming of age is something we all go through. Falling in love for the first time and getting your heart broken is a part of growing up. You develop feelings for people that were never formed. It is strange, scary, and exciting at the same time. For me, I felt this was the only person ever to make me feel this way or grasp this feeling as a young adult. All the emotions are exemplified and exaggerated. This story is about growing up and the feeling that comes along with it. There had to be a love story written into it.

ATM: This is something that is very common with people. Society and pop culture have put into people’s minds that their first love is going to be their long-lasting partner. For example, when a woman falls in love or feels that intense burning fire about a man for the first time, she initially thinks he is one. This is not true. It becomes hard once they realize it might take 20 or more years to find a life partner.

EB: Yes, this is a funny feeling. No one can tell you otherwise. You feel this is the person. As an adult, you reflect and realize it was just emotions in the young mind. You can only visualize a part of your life and no one can tell you while in it. This is a lot of what the movie is about. Kids running around being themselves and not quite seeing the bigger picture. The audience realizes this and wants to reach out to help these kids. They are going to be young and do what young people do.

ATM: Talk briefly about the version of your Bildungsroman.

EB: My story is not nearly as dramatic as the kids in the movie. It was about that first person I first got attached to. Some of these feelings are seen in the main character. These feelings are about how she might feel like the only one. Also, have it end not the way you want it to. To ask the question of “what if?” What could I have done differently?

ATM: How did you get over this person?

EB: Time. I wrote it out with scripts. You have to work through the issue this way. This the way to get over anything.

EB: We shot mostly through the night. We woke up at very odd hours. It involved a lot driving and reporting to the production site. The cinematographer, staff, and I went through the tasks for the day. We decided the scenes to shoot first and where the camera would go. We did this while the crew unloaded the stuff out of the truck. They were getting the lights and equipment in place. Nine times out of ten obstacles would always come up. There was always rain, equipment would break, or an actor would not like the alteration of a scene.

ATM: A part of this film teaches people to understand being a human. So, Elijah what does it means to be a human being today?

ATM: I believe there is no real answer.

EB: Right. There is not. This is what everyone is searching for. People who make music, films, and write books are all searching for it somehow. God Bless them.

ATM: Has writing always intrigued you?

EB: Yes, I would write comic books at a much younger age. I would have my mother draw the pictures and also creative writing. This was during preschool or kindergarten. It went away for a little bit because of sports. This was where my focus was on. I have always been drawn to writing. I was always interested in any creative or literature classes. This was something I was naturally good at. I have always loved storytelling and filmmaking. I tried to figure out what to

do after college. I thought about what gave me pleasure. I thought to work as a producer for a career once coming here, but I got in touch with writing again.

Hot Summer Nights is about the process of children growing up. The film shows kids being kids and enjoying what life has to offer them. Bynum weaves some specs of his own love story into this film. This movie makes an adult want to live their young tween life over.