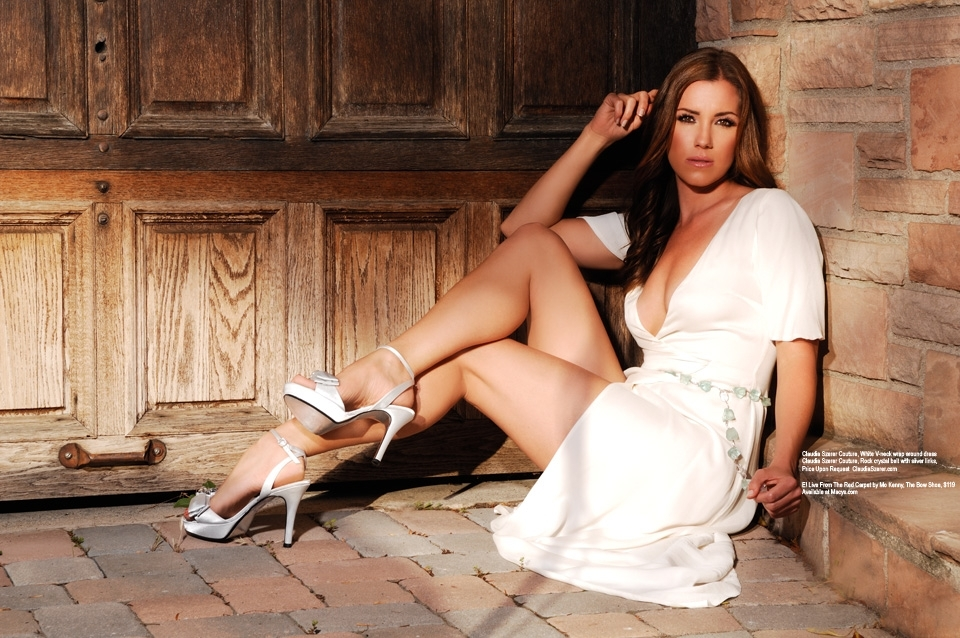 Spotlight on July 20, 2018 0Likes At The Movies
ShareTwitterFacebookInstagram

The popular app, Tinder, has impacted the dating and romance world with a for improving the hookup {dating} world. Dating has become more like an interview rather than a nice dinner. Carly Craig turned her personal Tinder drama into a YouTube Premium Original series. Sideswiped is a new comedy web series on YouTube that expands on Craig’s real-life experience on Tinder. The eight-episode series will also highlight the theme of family and young parents who feel that are missing out on life. Craig speaks with ATM about the making of this series and about her view on today’s dating world. Some of Sideswiped’s cast consists of Rosanna Arquette (mother) and Chelsea Frei (sister).

ATM: Do you believe people of today use Tinder for the wrong reasons?

ATM: How has this whole experience with dating and Tinder change you as a person?

CC: You learn about yourself through the bad dates. The show is less about the guys and more about the experience to realize your dislikes and likes.  Also, displays how to be happy without a guy. So, if a guy jumps in you will be all right. I learned that this is not needed to complete me in life. You do not need to look for your happy ever after. You can create it within yourself.

ATM: What prompted you to turn your Tinder drama into a series?

I felt it was interesting to get into this world where there is so much access to people. They say whatever they want behind the computer. This has changed romance. People do not go to dinner as much. It is more like a coffee date first.

CC: Where you have an interview to see if you are good enough for the dinner. This is a different way of dating to the point of it being weird. A lot the show has to do with families such as the relationship between the mom and the daughter. Also, the relationship between sisters. I thought the mother-daughter-sister relationship was very interesting. I like to write about real-life situations that are awkward and relatable.

ATM: Explain how you wanted to explore the mother and daughter relationship?

CC: The mother on the show is widowed. She is now killing it on the dating app. This character was always just a mom and wife. She really did not have knowledge of how to be an adult. Her husband died, and you have the opportunity to see how she moves forward. The mother role will get her first job ever and then move in with me. The roles are reverse where I am sort of the mother. We see how this mother and daughter reverse role. You will see her starting her life over with me.

You have the sister role who is a 25-year-old millennial that is married young with a kid. I have a lot friends who thought you have to be married before 30. They thought, “If you don’t do it this way, then you are a loser.” So, a lot of them did this. Now they feel stuck. They feel it is this what I wanted to do. Maybe they could have found another job and did something else with their life. The sister role will take over this part. She is living vicariously through our characters that are starting to date and have fun. This show has three different generations.

ATM: Do you believe a woman has a different view on Tinder compared to a man?

CC: I think so. I took over my male friend’s Tinder. I saw it was a little more difficult for guys. Guys trying to get girls on here are likely to swipe right as long as the girl is pretty. Whereas, girls are looking at everything. They look at the glasses, his bio and sentences. It is so harder for guys. I noticed a bigger difference between my own Tinder and my male friend’s Tinder. It sucked that I got spit on a lot from girls on his account. It sucked. He said, “It was common for guys.” You become old new quickly.

ATM: Girls look all through your prolife whereas guys just happy if she has a nice set of boobs or a nice butt.

CC: (Laughs). They do not look at all your pictures.

ATM: To them, the profile picture is good enough.

CC: Exactly. I did not even have a bio on mine. You do not really need it for guys. That’s really funny.

ATM: If you had a choice would you stay with this modern approach to dating or switch back to the old version?

CC: I feel both are great. I met my boyfriend Tinder. I would have not met him otherwise. Everyone is one dating apps for the same reason. If I went to a bar

with my friend and got hit on, then I would respond, “I have a boyfriend.” He would never know that unless he talked to me. Tinder takes this part of it. The rejection part is also out. If you swipe right on someone, then they do not see this. You know right way about the attraction without instant rejection being a part of it. This makes the app cool. This opens up room for people who are shy and too busy to find a partner. They do not have a lot of social things going on and what is going on.

ATM: What do you think about a person being catfish when going on a Tinder date?

ATM & CC: (Laughs). What was your favorite scene to shoot?

CC: Oh wow! My favorite scene was with the gynecologist Jason Sudeikis. We played a prank during this scene. There is a piece of it in the trailer. I had some shorts on in real life. We put a huge bush over my nude colored shorts. No one else can see this but him. We thought to get his reaction on tape. He goes to look at and says, “Okay.” Sudeikis keeps going as if nothing was there. (Laughs).

Sideswiped was shot in just six weeks, two episodes at a time and divided it into blocks to help the process. Craig’s hard work on this web series made it a great addition to the YouTube Premium family. In five days, this digital series will explore the challenges of dating and how Tinder can impact you as a person. It will express the depth feeling of rejection, happiness, and romance this app has to offer a persistent user.