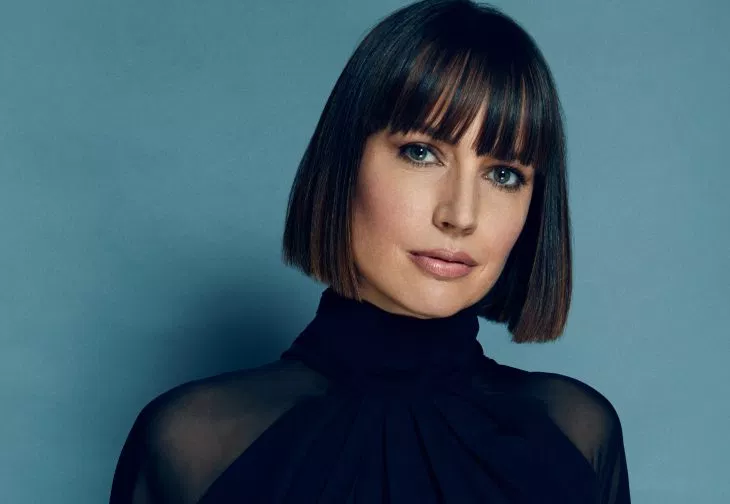 Spotlight on July 28, 2018 0Likes At The Movies
ShareTwitterFacebookInstagram

Julie Ann Emery takes other job with AMC series called Preacher.  This show shows a character named Jesse Custer’s who examines his own powers, and his journey for God. Her character Lara Featherstone has the ability to transform her appearance quickly. “In this season we see more of her own personas.” Featherstone and Emery share some similarities in personalities. “We are both dedicated to our work. We work excessively with projects.”

Preacher has some aspects of teaching individuals valuable things about life. There is a constant ricochet as to who these bad and good people are as this show is primarily exhibiting qualities of good versus evil. “The people we think might look like the good guy might be a former assassin or vampire. There is something to be said about good and bad.” Additionally, to the good and evil concept to the show, Emery was fascinated with the show before earning a role. “I was a fan of season one before joining the cast in season two. I would give anything on AMC a watch. I am a sci-fi fantasy fan in real life, so Preacher was very much up my alley.

It is a terrific role for a woman. They brought on another strong capable woman. I really appreciated this.”

ATM: We do not see the qualities in your character very often presented in Hollywood on television.

JAE: That is interesting to think in the landscape of characters. Featherstone is very unapologetic. We do not get a lot of women like this onscreen. I get a lot of interview questions about thinking if Featherstone feels bad for killing Tulip. I respond, “No.”

JAE: This is not Featherstone. She is dedicated for better or for worse. She is a villain. She has to do what she has to do. I hope we continue to move in this direction for female characters across the board. I am a female supporting character. We never see this in female supporting characters. We do not see this much complexity in a female character that is not the lead of the show. AMC is good about this. I hope to see more and more of this as we move forward. My role on Better Call Saul was very complex. We have seen three kinds of women so many times. We are getting into more realms of this.  I hope this is just the tip of the iceberg. Also, I hope we are going to see an avalanche of these types of women.

ATM:  What roles would you want to play aside from Featherstone on AMC?

JAE: I am always looking for opposites and complexity in a character. I am in Italy right now shooting Catch-22. This is an upcoming mini-series on Hulu. My character is different in every possible way of Featherstone. I like to push these boundaries as an actor. My grandfather used to tell me, “I was learning to walk in other people’s shoes” while I was in acting school. I like this. I like to crawl into the mindsets of others than my own. I like crawling into characters that are not like me and are the opposite of what is seen. This could be on stage, television, or in a movie.

ATM: Last season one of your character’s persona’s was a jazz singer. Do you personally like jazz?

JAE: Yes, I played in a jazz band while in high school.

ATM: What is your favorite jazz song?

JAE: In what realm? I listened to blues as a kid. Today, New Orleans has leaned more toward Jazz Funk. I am totally down with this, but it is a totally different type of Jazz. I like the “A-Train.” I used to sing “How High the Moon” with my jazz band in high school. I still find myself humming this song all the time. Jazz is filled with such great musicianship. We shot the jazz sing a BBA. It is a Jazz club in New Orleans. Do not limit yourself at the Heritage House. Go see what people are doing to push the boundaries in the Jazz scene.

ATM: Explain how being an actor has changed your personal personality?

JAE: It makes me look at people in the world differently. It is easy to walk through life seeing a person and say, “I do not understand what they are going through.” When you crawl inside the mind of a terrible person you look at things differently. It has made me less judgmental and more curious about people who are the opposite of me. Curious as to how a person gets to a place that I do not understand personally. It has made me empathetic and have hope to change society. I have learned this through my characters. An artist’s place in this world is to be a mirror. Hopefully, when someone sees my work the person sees a piece of an individual they know. They hopefully understand themselves or the person they know. These things swifts your perspective for walking through it as an actor.