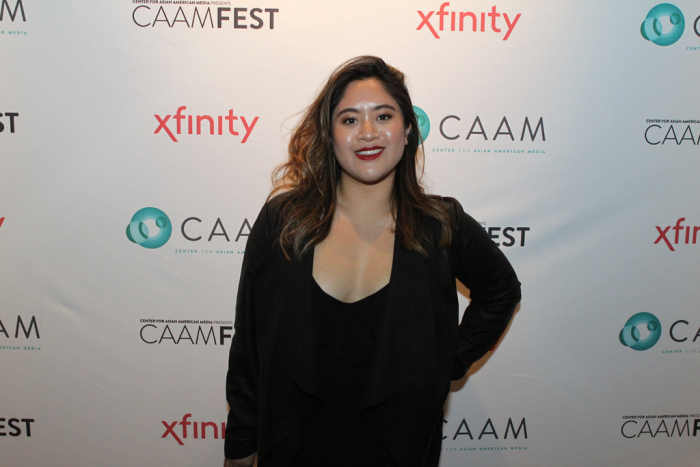 Reel 2 Real on August 13, 2018 0Likes At The Movies
ShareTwitterFacebookInstagram

Years ago, Filipino food had a lack of representation in the United States. Filmmaker Alexandra Cuerdo’s persistence and trials brought this issue to the screens. Ulam is a documentary that highlights serious and hardworking Filipino chefs that have risked everything for their career. Cuerdo helps us understand more about her culture and its food.

ATM: When did you recognize there was a lack of representation for Filipino food in the United States?

AC: I have noticed this my whole life. I grew up in Orange County located in Southern California. My family was the only Filipino family on the block. This was a situation. I was one of two Asians at my school in 8th grade. My parents are immigrants from the Philippines. I met other Filipino Americans later in life that inspired me to be proud of my culture. The Filipino food was really about my family’s memories. Food has always been a gathering place for Filipinos. This is during Christmas and other holidays. My parents would always have a big party with all their family and friends. This was the time

where we gathered as a family to connect. A lot of being a Filipino American is about celebrating food. I started this film three years ago.

ATM: America is considered the land of the free. Foreigners come here to start over and hopefully try to reach the American Dream. They come here for opportunities that are not offered in their home country. If this is the essence for America, then why do you believe society in the States make it hurt for Filipinos to get a job, support, represent, and express their creativity through food?

AC: That is real. This is a REALLY good question! A lot of this has to do with internalized racism and the act of prejudice. I see this in kitchens all the time. The people in the kitchen are not cooking the food that is within their own culture. There are a lot of Filipinos who grew up in the kitchen. The jobs that have the most money and the most prestige are fine dining restaurants. Fine dining in the United States means French, Italian, and New American food. It does not mean Filipino (Laughs). This is because of the opportunities. What opportunities are for Filipino chefs? If you need to feed your family and want to advance your career, then you are going to work at the jobs that pay the most and are the most prestige. We are finally seeing this wave of Filipino food in the United States.

These chefs have paid their duties. They have cooked in Italian and French kitchens. They have trained. Now they finally have that respect, capital, and investors to open up and build a restaurant. They are keeping them open. There is now an audience in America. The audience for food has changed. American consumers are more open to trying new things.  The Filipino food movement reflects this. Years ago, people questioned Filipino food. The audience builds the restaurants. There are a lot of trailblazers that have built the Filipino food movement. Alvin was the chef that started Eggslut, which is an American breakfast restaurant. He started it out of the food truck. The first thing you learn as a Filipino American is how to cook eggs. He wanted to make a business that contributes to his culture and upbringing. It is now a national brand. He is now able to explore a Filipino culture because of his capital.

ATM: How did you get the participants in your film to be blunt and comfortable? They were cussing nonstop with no care given. I was like woah! How did you allow them to be themselves?

AC: (Laugh). This is another great question! It is a lot about trust. I came from a journalism background. I studied journalism in college and in high school. It was the cinematographer, the chef, and I in the room. We did not bring a big crowd. We asked them simple questions such as “What do you like to eat?”, “What are your favorite things?”, and “What makes you happy?” Questions can reveal how we all connect. The parallels surprised us. We did not expect a lot of these chefs to have a lot in common. They all went through people saying their food was not good or they were not good. They grew up in a world without mentors. It is a tough world being the first one to do something. Also, to constantly prove people wrong and have to battle their parents’ expectations. This was a common thread we saw throughout all these chefs. We started to dig. We also asked questions such as “What made you want to be a chef?” and “What made you give up everything?” This film is about food, chefs, and people who had a dream and risked everything to make it happen.

ATM: Yes! Alvin who owns Eggslut has a remarkable story. His father worked himself up from the bottom and to the top as a self made millionaire. He denied Alvin countless times. Alvin recounts in the film that his father would not give him money to help finance his business in the beginning. His father wanted him to find his way because this was the exact path he took. This was like tough love. I believe it is better to do things on your own behalf because the testimony and story becomes phenomenal. It is good to ask for help but to become a self made successful person is too grand of a story. It is sad when you really need money and a  person has thousands sitting on the table. It paid off for him.

AC: Yes! Also, when you are in the middle of it and you are not aware it is going to pay off. You just do not know. There is so much uncertainty. To watch these highly accomplished chefs go through made me realize this was something everyone needed to see. This is something I want my young cousins and friends to see. I want people to see what it takes. Today, working as a chef and celebrity chef is such a hot thing. People do not know what it means. We are the children of immigrants. A lot of us have parents who came here to flee Marshall Law and the Philippines. The Philippines was essentially a dictatorship. They came here because there were no jobs in the Philippines and the opportunities were better here. Our parents came here to establish themselves in any way they could. They instilled in us huge expectations. Parents want their children to grow up as doctors, lawyers, or engineers in the Filipino culture.

ATM: And you became neither!

ATM: What did your parents envision for your career?

AC: It was a lawyer 100%. They were like, “You should become a lawyer since you like to argue. You like to write and argue so become a lawyer.” I became a filmmaker, which is the exact opposite. I realized the chefs went through this same thing with their parents through interviews. It is just a different industry. I spent so many years trying to make ends meet. I worked three jobs a week. I questioned whether this was all worth it. I started to think that maybe my parents were right. I have been in this industry for eight years.

It took me eight years to realize my work and voice was worth it. This is my first film. We just sold out New York. This was crazy to me. I did not think it would ever reach as many people.  We ran out of money halfway through making the film. No one had seen any footage. We had applied for grants and I worked 14 hours a day. I only had half the film. I put a trailer out to show my work based on a year. I had never cut a trailer.  I cut a trailer and put it on Facebook.  A relative in the Philippines asked for me to make this public so they could share it with their friend. I thought it was just sharing it with one friend. I went to sleep. The next morning it had ten thousand views.

ATM: Are you sure you did not know how to cut a trailer? (Laughs).

AC: (Laughs). I had never cut a trailer in my life. The next week the trailer picked up an extra ten thousand. It kept going. The Facebook trailer has over a hundred thousand views. It was so organic. This gave me the inspiration to keep going. You never know the response once you put your work out there. Next, the Los Angeles Times said they were are doing a first time food festival. Also, they said there was a food critic that is a fan of Filipino food and wanted to see my movie. I said to myself, “There was no way the LA Times knows about my move.”

AC: Yes! I could not imagine it (Laughs). The food critic was the late Jonathan Gold. He was the only food critic to win a Pulitzer’s prize. Gold was a food critic with the LA Times. He was a huge supporter of the film. He suggested we have a screening after seeing the film. At this point, the film was not done yet. He requested that I put together an hour to show it at the food festival. We put together a preview. The theater was 600 people. There were 650 people that attended the screening. The morning of the screening we sold out and the line wrapped around the building. The New York Times and Vogue begin to contact me. We put it out in the universe and the universe responded. We are constantly having to prove ourselves. We have sold out every screening. The crew thought maybe it was only California and then it was more locations getting sold out. The ticket was 80 dollars. We wondered if the community would come out. An 80 dollar ticket can be expensive. That is like the price of a concert. This is with no ads and just word of mouth. There is an audience that looks like us. People want to see Filipino and brown people onscreen.

ATM: Where would you be today living life as a lawyer?

AC: It is funny. I ended up having a lot of friends who are lawyers after being so anti about becoming one.

AC: Isn’t this so funny? I was at a party on July 4th that my lawyer friend held.  I turned around and noticed everyone was arguing because they were lawyers.

AC: They argued with no malice but for absolute fun. I have always had a bit of an activist streak. I like being involved in my community. I would be a human rights lawyer. Another female director said we need to have more representation onscreen for minorities of every kind. If you can see it, then you can be it. You ask such great questions.

Alexandra continues screening her film Ulam. The Filipino food community and audience has grown tremendously. Their next locations are Philly, Toronto, and more places throughout the world. Stop by a Filipino restaurant and take a dive into this awesome culture.