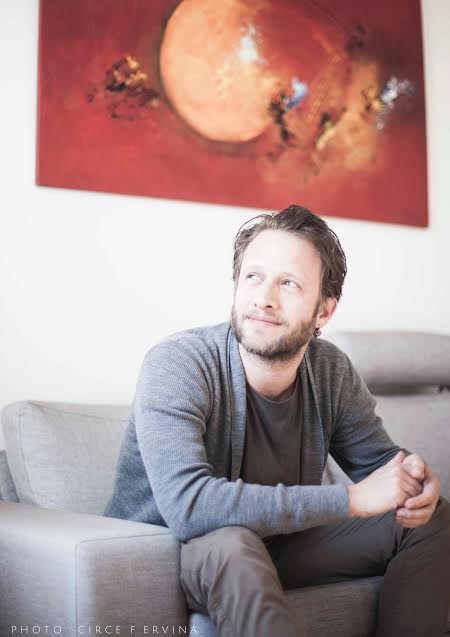 Federico Jusid talks with ATM about the highs and lows of working as a film composer. As an Argentina native, he is very passionate about breathing life in film scores around the world. His most famous United States work was on the film “Kidnap,” starring Oscar Winner Halle Berry. Jusid gained his interest in composing at the age of seven. Already earned his connections in the Argentina film business at a young age because of his family. His talent speaks a lot of volume in the United States and overseas cinema industry.

ATM: When did your film composing career start?

FJ: I started at 7. I started very young. I helped at studios at the age of 12 as an assistant. I did my first short film at 14.

ATM: Give a visual of your earlier pieces of music at this age?

FJ: I was 7 years old and very passionate about music, but I was not Mozart. My first few pieces were not like Mozart. My family in Argentina works in the film industry here. This is a very small industry. I had a lot of access to watching films. Film scoring is something that caught my attention at an early age.

ATM: How do you prepare your music?

FJ: For the concert hall it is one of my duties to read books. I practice on the piano a lot. After a few weeks I begin writing. In the film scoring process, it is more immediate, urged by times, and schedules. When I am given a film, the score must be delivered in 4 to 8 weeks. I watch the film probably seven times before writing. I watch as an audience for the first time. I try to gather all the feelings produced and start to think more as a composure the second time. I try to see the structure of the film and the characters. I try to unfold all the possible layers in the film. I write a lot of music every day. The most difficult part in writing a film is to define what the music will do for the film. Also, the role of the music. This is the first stage of writing a score.

ATM: What was the experience of working on your first American film.

FJ: My first American film was “Kidnap.” I had done American co-producer films before, but with mix casting. Halle was amazing to work with. Her performance was amazing and truly inspiring. The language of the film is different from European films. I have done previous years in action movies. Particularly “Kidnap” had an intense pulse, urge, and constant aggregation that the music had to address all the time. The music is constantly helping this urgency and the experience of this mother losing her child. Also, the difference is that European films do not need such a huge massive sound.

ATM: Why are you so passionate about music?

FJ: I started early, and I never stopped. I did not study anything else. I was very certain in high school and college in wanting to be a musician.

ATM: What are some differences and similarities with working on scores for American and Foreign films?

FJ: Sometimes speaking musically from a character’s point of view. This character has emotions and expectancy. The differences are that sometimes I feel US films are more impatient with the character and story development. Most industry films need the story to evolve in a quicker pace than foreign films. Iranian films develop very slowly but intensely. The music has to evolve with the same slow tempo. The films that I have worked on so far in the US needed more pulse and intensity in the music. In Europe or South America, you will work for only one person, which is the director. Sometimes in the US you will work for a director, producer, and supervisor. They will all have a say together about the work. I like the oversimplifying about the cinema in the US, It is so broad. You have films from the Marvel that do so nice. I am relaying to the films I had a chance to work on in the US.

ATM: What have you learned from the foreign films you have worked on?

FJ: I have worked so long on foreign films, which are not foreign to me. They are foreign to you. Working on Europeans films I has the chance to do more diverse things on music. More traditionally thrillers like the “Hidden Face,” which was a Colombian, Spanish, and US co-production. The spectrum was so broad. I was lucky enough to experience different musical languages.

ATM: How does the Argentina film industry operates?

FJ: The industry in South American countries in Argentina, Columbia, Chile, Brazil are very depending on their mainstream of cultural affairs of cities. We do not have FOX or Warner studios that would invest millions on a film. Most of the productions are made with the support of cultural affairs of ministries and the partnerships of other countries. This is why they can do a riskier approach to cinema. They are not betting on a lot of money. It is an indie and artistic approach. It is good and bad.

ATM: I know that to you the US is considered a foreign country verses my perspective. How do you break into an industry like the United States as a film composer?

FJ: That is a great question. It is a mystery to all composers. The reasons why composers became renowned in the US is because a film gets the attention of the audience. Also, it is a constant idea of doing things the best you can. Eventually someone will come across one of your films and invite you to work with them.

ATM: Do you have any current films that you are composing for?

FJ: I am wrapping up music for a US film called “Life Itself.” It will release this fall. This film is directed by Dan Fogelman. He is the director and creator of the NBC show ‘This is Us.’ The cast is amazing. On the other side of the ocean, I am working on a co-production that is a French, Spanish, Argentina film. This film is about three men that were kidnapped because of their political ideas. I will probably finish in about 2 or 3 weeks.

ATM: What is one of the biggest downfalls to working as an industry film composer?

FJ: When we deliver our work and music it is not the last stage. The way we imagine the music in the film is not always the way it happens. Sometimes the criteria are different. When you think the music would be soft and delicate it would be loud. It is covered by car engines and crashes. “Kidnap” was one of the best experiences in the US as far as mixing. My results are similar to what I originally wanted.

ATM: What are three aspects a person needs when trying to become a film composer?

FJ: They should have the urge to be a good musician, filmmaker, and hard worker.