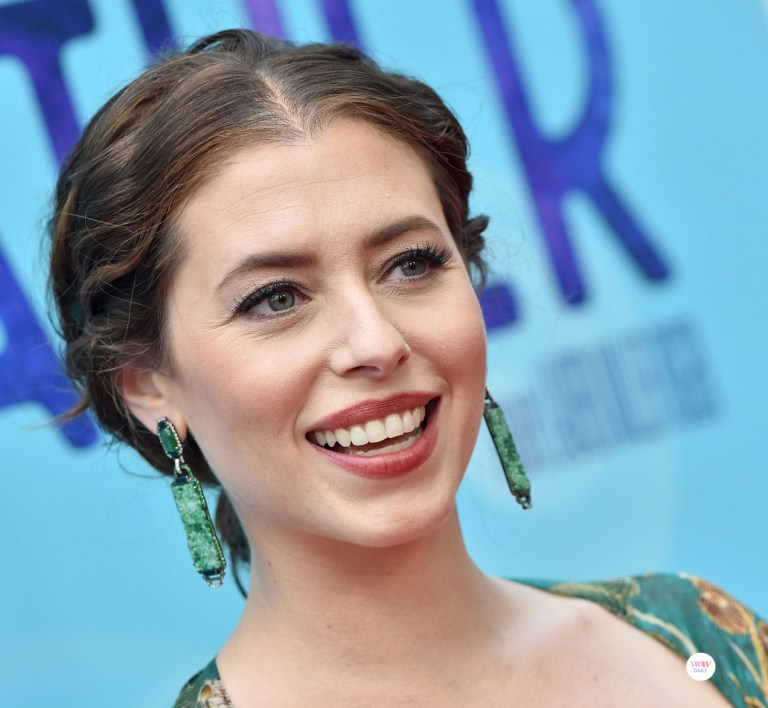 Entertainment News on August 30, 2018 0Likes At The Movies
ShareTwitterFacebookInstagram

Netflix’s Like Father was written six years ago. Lauren Miller Rogen used her writing skills and brought life to the script of Netflix’s Like Father. Rogen talks about the experience and exposure around her directorial debut for the feature film. This takes us through the hardships of a father and daughter relationship.

ATM: Describe the pressure surrounding your directorial debut for this feature film.

LMR: Oh my god! There is so much pressure. This is both self and industry imposed. I work in an industry that does not look to do any favors. I do not get nepotism. I get a lot of good things because of my husband. There is still pressure to do something good. This is what being an artist is about. You put your creation out into the world and it because scary. There will be feedback that you do like and dislike. Also, feedback that makes you quit. It is up to you to keep going. You have to in this industry because everyone will tell you no. Additionally, more people will tell you no before yes. I am used to this. It is scary putting your baby into the world. This is what Like Father is to me.

ATM: What elements did you discover from taking a step back to eyewitness a woman’s life without a father?

LMR: Everyone’s relationship is different. Netflix released a beautiful piece to support the release of the film. They had real fathers and daughters who had not seen each other in years come to spend time together. It is so moving. Any parent and child relationship is a dense area full of emotions. There is a special relationship between fathers and daughters. My dad treats me like his little girl. He will always call me his baby even though I am 37. It is an interesting feeling. Fathers have an instinct to take care of their children but to let them go out into the world. Harry was watching his daughter become like himself. She was starting to have the same mistakes similar to him in life. She learned from his mistakes. It was fun to explore this. I do not have this same dynamic with my dad. I have learned so much from him as my life has evolved. I have learned from this career to start a family, and his life currently. It is such a rich relationship with a lot of emotion.

ATM: What have you learned more about the father and daughter relationship?

LMM: My parents and I are a lot alike. I have noticed this while aging. It is something that I fight against. I love my parents. I am fortunate to have similarities

like them. Besides my dad’s horrible road rage. My driving is a lot better. I have learned to have less rage. We will become our parents. However, we have to learn to not make their same mistakes. I have been fortunate to have parents that allowed me to learn from them in the good and the bad ways. This is just in life and aside from making the movie. My mother has Alzheimer’s disease and my father is her caregiver. It has been a journey with him hiding his sadness and anger. Sometimes he does not hide it. I say, “Woah, this is too much.” It is a constant balance. Parents are human beings. This is something we have to accept but will always struggle to accept.

ATM: What emotional support did you receive from your husband Seth Rogen?

LMR: I receive so much emotional support from him. He is great. I am lucky that we do the same thing. We are not annoyed when the other one is talking about their work. We give valid opinions on each other’s work. He is an amazing writer and director. Seth has an unbelievable wealth of knowledge. He is not obnoxious and does not take over. He gives answers to my questions. Seth really likes his character in the movie. Seth enjoyed playing Jeff. He was not supposed to play this character. We came up with jokes and he agreed to do it. Seth has so many responses on Twitter. He is in there with me through the ups and downs of releasing this movie. Seth gave me notes when I needed them. He watched the film 40 times in the editing room. I am lucky to have such a generous partner. We have so much in common.

ATM: How was it going to work with him in this movie?

LMR: We worked on a cruise ship in Jamaica. It was not like we left our houses together in the morning (Laughs). It was fun. He was brought up into this industry in a really collaborative and respectful way. He was very respectful of everyone that works on set. We both like to sit on set for the experience and energy. He was proud and took a lot of photos. We like to watch movies and make them.

ATM: What has the process of this film taught you?

LMR: It taught me to listen to my own instincts. It is okay to second guess, but you have to make a decision and go with it. You have to push hard. You learn as a first timer. You hope to have more time and money to get more options the next time.

ATM: Take us through a day of shooting in Jamaica.

LMR: We shot the movie in two states, three countries, and on a cruises ship in Jamaica. There was a day in Jamaica that became one of the greatest shooting moments ever. It might ever happen again unless I write something like this. Maybe I should. I had written a script with scenes in cool places. I realized this while on the scout. We were in the middle of the ocean. This was cool. We tried to find a waterfall in Jamaica. We shot at the Jamaica Inn. This was seen in the kayak scene. We started early at 6 am. We shot the kayak scene on the beach in front of the hotel. We made sure to get the best sunshine. It sounds like it was a vacation, but it was not. My chair and monitor were in the water because they were so far out. This was on a beautiful day in September. All the actors were swimming and snorkeling with underwater cameras. This was the greatest moment of my life. The next day we were in the jungle. It was beautiful, hot, slippery, and humid. It had treacherously rained before we came. It was an amazing adventure. It was not sitting in the cool ocean water. It was dirty, hot, and sticky. There was a lot of slipping. I love when people fall down (Laughs). It is funny.

ATM: Did you fall?

LMR: Oh my god! I fell so many times. I fell at the top of the waterfall. We shot scenes on top of the waterfall with my monitor inside a sort of cave. There was just so much mud. My script supervisor and I could not stop laughing. It is that moment where you cannot stand up, so you just fall on your ass.

There are many challenges that circle around a father and daughter relationship. This type of relationship is not much depicted on television. It is usually the same gender in terms of a family portrayal. Rogen completes a tedious job as a director and will continue to direct.