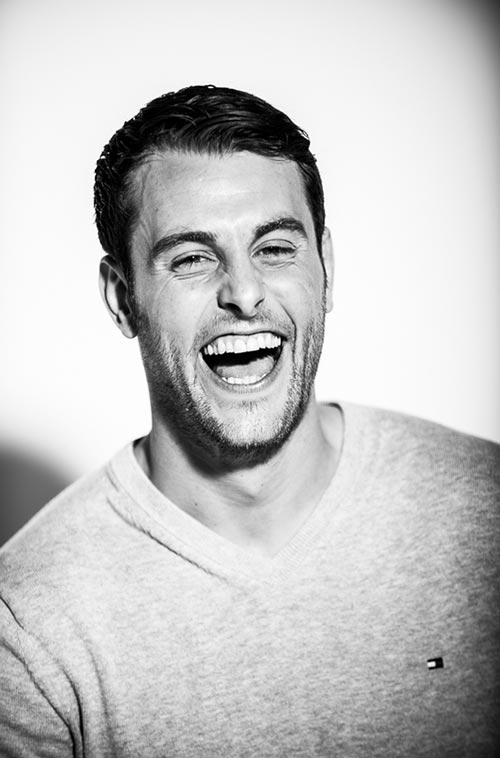 Reel 2 Real on September 8, 2018 0Likes At The Movies
ShareTwitterFacebookInstagram

Chasing a local serial killer and caring for a sick wife is hard for any spouse. Winter Ridge was shot outside of the United States. The night scenes concentrate on the reality of being a detective. South Wales native, Matt Hookings, is the male lead in the movie Winter Ridge.

ATM: Are you married in real life?

ATM: How were you able to embody your character Ryan Barnes without being actually married?

MH: This is interesting. I have not been asked this question before. It is more about putting yourself in the shoes of someone you love. This person is in a situation of your need and you cannot help them right away, but you do love them. It could have been a family member or a friend. I have been in love before so am familiar with this feeling with my on screen wife Olwen Catherine Kelly.

ATM: Did you have to watch crime shows to study how to hunt a serial killer?

MH: I wanted to be a forensic scientist as a kid. I was obsessed with documentaries from all over the world. I watched a lot of crime American documentaries. I committed myself to be completely absorbed and active in the role. I would go home to watch real-life stories and documentaries. This would keep my brain active. I learned that the first 72 hours are the most important to detectives. They do not sleep within these hours. I was tired. This did not stop me from researching and having the real-life mindset of a real-life detective.

ATM: What actually attracted you to keep watching at this young age?

MH: I was very young and really liked documentaries. I was always fascinated with the cases and the killer’s mindsets of why they committed these horrible killings. They would flip it over to the detectives and police officers. I was interested, and it is about the scientific aspect. DNA was first being used in these documentaries. There was a psychological and then a scientific side. The scientific side proved things about the person. In the beginning you did not know who the killer was and at the end you knew the killer. I loved a show called Columbo. My favorite films are from the 1950s-1960s. A lot of them were focused on catching the killer.

ATM: You rehearsed at night and during the day. I would assume there is a difference in your performance.

MH: You definitely have more energy during the day than at night. There were 3-4 night shoots. The night shoots throw a different dynamic to the story and flip everything around. It takes the job aspect out of things to be in a day thing and it ends. Then you get back up and do the same thing over again. The rehearse does not change. There is a different feeling. I am not sure what the different is, but it can just be tiredness. It does change the dimensions of how you think and how you perform.

ATM: What is your best part of acting?

ATM: Do you have more genuine respect for the actual people that fit the roles you portray?

MH: I watched detectives in the documentaries that were in their 40s or 50s. It was interesting to take on a role that was fairly younger. I like to base things off true stories. I can relate to them more. I like to find stories that allow me to relate more to the character.

ATM: Express the physical changes you had to endure for this film.

MH: I put on quite a bit of weight and grew a bunch of facial hair. There is no time to look after yourself as a detective. These guys stay up all night. I wanted to carry this look. I wanted to show the character in a must positive way and shine light on them. I started to eat more within 4 to 5 days into the shoot. I wanted the change to organically happen. I wanted this show on the screen. Imagine what they do in real life. Detectives cannot go to the gym or shave their facial hair because they’re so engrossed into the cases.

ATM: Do you prefer playing multiple actors and learning about their professions or quitting acting to pursue the career in real life?

MH: I have two heads on this. My business head says there is a business side to playing multiple roles. You will become recognizable and become more like a brand. This is what successful and famous actor do. There is an artistic side that says doing something that is different compared to the last thing. This would be judge per project. Also, I love your website.

Winter Ridge was shot in 17 days. Hookings as Ryan Barnes is the most profound performance in this movie. He takes on the real adaptation of a detective. We see his character progress throughout the movie. Winter Ridge is now in theatres.