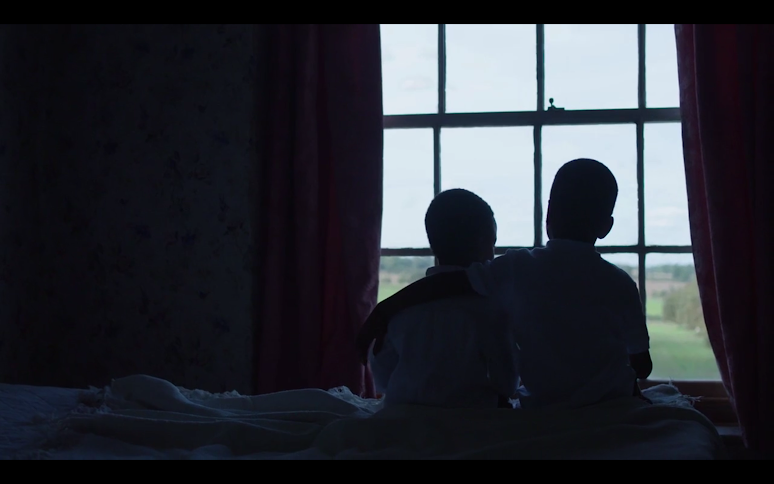 Director Adam Darke gives his view about his recent documentary Forbidden Games: The Justin Fashanu Story. This film is about Justin Fashanu, the first and only openly gay man to have played professional soccer (England version is Football). Darke recounts the preparations and difficult moments that went along with the filmmaking process. Fashanu struggled with his sexuality and how society viewed his identity. In 1997, his life was cut short after he was up on charges for raping a 17-year-old

white male in Maryland. He shortly went back to his hometown to commit suicide. This film address self-identity and how homosexuality is viewed in a male dominated sport and is currently streaming on Netflix.

ATM: Do you think Justin’s traumatic childhood affected him later in his life? He mentions not having someone to understand him or love him as qualities he missed in his childhood.

AD: I don’t think it’s possible for anyone’s childhood to affect them but it’s possible for their thinking about their childhood to and that is what I believe happened with Justin whether it was conscious or subconscious. From what we learned about his upbringing it looks like he never received the unconditional love and validation that every child needs. His mother sent him to a foster family and he never reconciled that, as he admitted himself. Therefore, he seemed to always be looking for external things to give him a sense of who he was; football, money, fame. In the end he ran out of road.

ATM: Do you think Justin substituted Football for the feeling of abandonment, misunderstanding, and love that he did not receive from his mother?

AD: Not necessarily. He was good at football. Big, strong, and fast with a lot of talent. I’m sure he enjoyed it and it became a vehicle for adulation and love as he became famous but initially I sense he was drawn to the game out of enjoyment. Later, as his career faded, and his life became more complex, he certainly looked to football as a way of making himself feel better. Through the money he would earn, the appreciation, the sense of identity yes.

ATM: Why do you think the world was not ready to accept a black male in sports? Justin being black, and gay made him a double minority to the world.

AD: That was the moment in time, the era. There weren’t many black footballers on the pitch, there weren’t many black faces in the crowd. It was a tough time to be a black footballer and he was one of the pioneers. He was incredibly brave, but you could feel the hurt when he talked about monkey chants from the terraces. Later, when his sexuality became an open secret it was even harder. There were no gay footballers that were known about and British football grounds were bear pits, vitriolic, and unforgiving. He appeared to take it all with good humor but behind the public façade it must was very painful.

ATM: Do you think Justin felt pressured by the rumors in the media to come forward about his sexuality not being aware of the consequences?

AD: He was informed by the tabloid media that he was about to be outed as gay and saw it as an opportunity to make money. He was very clear about that in the archive interviews. I don’t believe that coming out as gay was a moral decision by Justin. It was financially driven. His career was on a downward curve. If it had been a moral choice, he would not have negotiated a large deal and come out in The Sun. As Clive Anderson says to Justin in the film, “it’s hardly the house journal of the gay liberation movement”.

ATM: If Justin would have continued to hide that he was gay, do you believe he would still be alive today?

AD: I don’t know. It’s impossible to say. My feeling is that Justin had a lot of unresolved pain from childhood and that affected his behavior and life choices until the very end. In my opinion he didn’t feel loveable and so he always found a way to return to that place, even if that was painful for him. We all have our subconscious drivers and I don’t think he was aware enough of his to change his behavior and thus the outcomes. Whether or not he killed himself because of a culmination of his life choices and childhood pain or because he feared arrest and imprisonment it’s impossible to say. We will never know.

ATM: Why was Justin being a black gay male in a male dominated space such a threat to his image and career?

AD: Because there weren’t any black gay players! He was the only one. It wasn’t ok to be black and gay in that era. Absolutely not. It was a white, macho, working class sport. In the modern era he would be embraced as a trailblazer but back then he was ostracized. He was an outsider. Football, sport in general, did not want a black gay star.

ATM: Did Justin bring out a softer side to a black male playing in a male oriented sport and environment?

AD: He was certainly intelligent, engaging, charismatic, and that was very disarming I’m sure. I’m not sure anyone knew how to handle Justin. He was physically imposing, tough, a former boxer. He could hold his own against any player and yet at the same time he was thoughtful and charming and gentle. He was unique. In truth he had it all he just couldn’t see his own beauty and others weren’t ready to see it.

ATM: What interpersonal qualities did you learn when directing this film?

AD: Most of the growth in that area was off camera dealing with the Fashanu family as well as Justin’s friends and colleagues. They all had their own perception of Justin and we had to be very sensitive to that. Along the way we found out many things about Justin’s private life that those close to him didn’t want to accept. I felt a degree of guilt about that but tried to be honest and open throughout the process. There are still many people who were close to Justin that don’t accept this version of his life even though we spent two years investigating every aspect of his life.

ATM: Describe your experience as a director this film.

AD: Challenging! At every turn the story became darker and more nuanced. It started out as a much simpler story. We knew the headlines about Justin’s life but were shocked at what we found the more we looked. It was a hard story to tell. The narrative of the two brothers was such a strong pull. We wrestled with that and had to let that go a little as this was Justin’s story primarily. From a production point of view, we were indebted to Fulwell 73 who came on board as production partners and helped to shape the film. Leo Pearlman is a remarkable man and now a good friend.

ATM: What do you believe Justin’s normal was considered?

AD: I think it was normal for him to feel like an outsider and somebody who didn’t fit in. His childhood experiences point to that. Being left by his mother and put into care, growing up as a black child in a white foster family and in an area where there were very few black people at that time. When he made the breakthrough at Norwich there were very few black players, few black faces on the terraces among the supporters. Later, when he realized his sexuality there were even fewer black, gay men never mind black, gay footballers. So, I make up that his normal was being different, being an outsider, and I strongly suspect that most of his life’s journey was aimed at countering that and creating a place where he would be accepted loved and validated for who he was. It’s very very sad.

ATM: How do you believe Justin was subconsciously at war with himself?

AD: He didn’t know who he was because that was never mirrored back to him. He lacked a sense of identity and tried to find it in external things; money, fame, football. He was searching for peace in all the wrong places. The door to the soul opens inwards right?

ATM: His brother became a part of the people that misunderstood him during a time in his life where he needed someone to understand him. What do you think Justin’s words would be about male sexuality in sports today?

AD: I think he would be hugely an important voice in sports today and that’s part of the tragedy. He would have awareness, empathy, compassion, and strength having gone through it all himself. What happened to Justin has, I’m sure, prevented a lot of players since from coming out.

ATM: As a director on this horrific story and life about an extremely talented male, how did you handle such delicate information?

AD: We spent a lot of time in discussion and deliberation. We were very cautious and took advice where needed as some of the information we were privy to was very inflammatory.

We wanted this to be a balanced film about a complex man. One that celebrated who he was but also confronted some of the poor life choices he made whilst trying to explain and give context as to why. That was always a difficult balance.

ATM: Explain the pre-preparations for this film.

AD: Pre-production – we had an idea of the story from the outset but no clue how deep and nuanced his story really was. So, we would sit and talk about the narrative and what we were looking for from interviewees but at every turn we were surprised. Often, we would sit after filming and wonder what we had stumbled upon because every person we spoke to on camera seemed to have new and more conflicting information about Justin and his life. That made the edit terribly difficult because at times there was too much story. Sounds crazy but the narrative ark was just too complicated for a while. We had to strip a lot of it back and try to simplify the story which you probably wouldn’t get from the film because it seems to continually twist and darken.

ATM:  Why did you choose Justin’s story? What was so special and prominent about his story?

AD: Nobody had told the story of the first openly gay footballer and we felt that was important. We also knew how his life had begun and ended and that intrigued us as filmmakers. We wanted to know what had happened to shape his thinking and behavior and how outside influences had affected him also. He was a fascinating man, a talented man, an intelligent man, a conflicted man…and yet his story was far more complicated than even we knew.

‘All Inclusive” with Corina Schwingruber