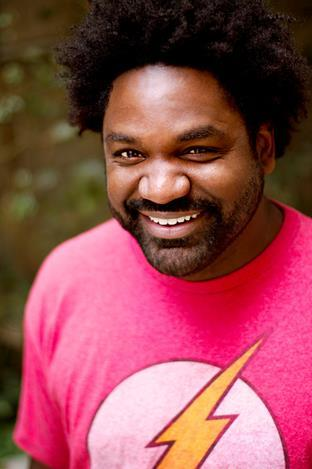 Spotlight on September 19, 2018 0Likes At The Movies
ShareTwitterFacebookInstagram

HBO’s Ballers is a hit show that takes its viewers into the reality of NFL players. This show stars John David Washington, Dwayne Johnson, and Rob Corddry. McDowell comes in with prior production experience with Football as the theme in Gridiron Gang, The Longest Yard, and now on the series Ballers. McDowell has a long passion for football dating back to his high school days. This series allows people to see and understand football players are more than just superstars on the field.

McDowell explains the best part of being on this show. “I get to meet so many star football players. It is like fulfilling a childhood dream. I have always wanted to play in the NFL, but it never worked out. I get to play vicariously through these guys.” This dream has spilled over into a four-season run on television. There are not a lot shows that look at NFL players from all angles and viewpoints. These angles can consist of how football brings on emotional and physical issues on the players. McDowell could have been living in these players shoes but the unexpected happened, “I went the long way around to junior college. Grades were not that good. I think I could have played in the NFL if I had not torn my ACL.” This paved the way for him to later jump into an acting career.

McDowell’s acting has allowed viewers to see different sides to himself. We generally read about football players acting boastful and always in the spotlight. Every person needs a caring and funny friend right by their side. This is where McDowell comes in for Ricky (John David Washington). We see McDowell playing a loving friend who is always there through the good and the bad. This happens to be similar to his real personality off screen. He says, “If you ever hang out with me, then you will see my character and I am are the same type of person. I am a really good friend to whomever I am a friend to. I will do anything for them. There are some parallels being this guy.”

ATM: How does the theme song Right Above It set the atmosphere for the show?

CD: It fits perfectly. I get charged up every time hearing the song. In Miami, season 2, I would put this song while going to work.

ATM: What does the title Ballers mean to you?

CD: It means football, people with money, and people with clout. You have sport ballers or you can be the baller baller. This capitalizes on the whole show.

ATM: What gravitated you to Football?

CM: To be honest I do not know what it is about football now. It was about the competition and hits when I played. Now football is weird. It is

more offensive driven. I played defense in college and offense in my semi-pros. Now, there are quarterback rules. You cannot touch a quarterback, receiver, and no helmet hitting. It is hard to watch but I want to still see my team The Bears do well.

ATM: What did you learn about the emotional draining part of the NFL player?

CM: Ricky is insane and emotionally drained. Football is taking it out of him. He is retired one minute and the next trying to come back. It can take a toll on your psyche. I watch football differently. I see them as people and before I was seeing them as players. These are people who can have mental or emotional issues when playing. They are going through things.”

ATM: How has your insight and knowledge improved from this show?

ATM: What is the best scene that has stuck with you and best memory?

CM: I liked the “Her” scene. This was my first day in season one. This was my audition piece. I was stoned and watched the movie Her. I really thought these things. She should have been nominated. It was easy to get in of the audition process and on set.

ATM: Express the difference when you see people who still look at them as stars.

CM: Rashard Mendenhall played for the Steelers and also writes on the show. I have watched this guy’s career. He used to play with Illinois. I watched him throughout college. I watched him win the Superbowl. He said he would go out and people would yell at him about fantasy points. Whether he had a good game or not. They would say you did not help out my fantasy team. You did not get enough yards. This man has a family and a life. All they are thinking about is his yards and what he did for them. They are not thinking about him as a person.

The Ballers actor is a Bears fan and continues to root for them to win. This season took three to four months to shoot. The shooting usually starts in January and finishes up in March or April. Ballers continue to air Sunday nights on HBO.