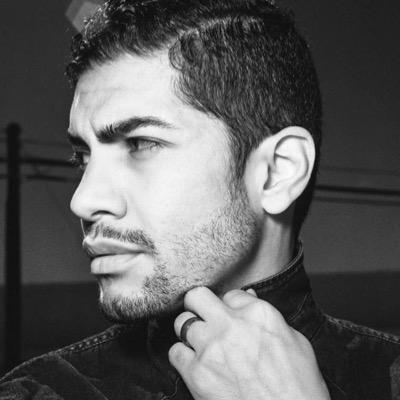 A father losing his daughter can take a toll on him as a person. Fatherhood is a very important role in life. Rick Gonzalez plays Rene Ramirez aka Wild Dog on the CW show Arrow. Gonzalez shares with ATM his love for comics and gives insight about the show on how vigilantes transform society in the midst of good and evil.

ATM: What does the name Wild Dog mean to you?

RG: It is someone who does not care what anyone thinks. They do things when and for whatever purpose they want. They do it with a swag and energy that he can only provide.

ATM: Why do you feel this show is like a fantasy role?

RG: I said this because playing a superhero character is a dream come true. I had never played a superhero before or watched Arrow. I was the kid who collected comic books. I was a big fan of X-Men, Wolverine, and Spiderman. The Marvel Universe was really important to me as a child. I loved it so much. I like playing a character that is a part of the universe. This is what made me feel like it was a dream come true. I would have never imagined as a child that I would play a vigilante in the DC universe.

ATM: What ways can you implement your character or the main character’s values in your personal life?

RG: I am a little more political. I would not hurt people saying how I felt in the moment. He is an awesome character and goes after truth. Wild Dog is very courageous and brave. I was able to give him the energy I grow up in. I grew up as a kid in New York City who liked Hip Hop and embraced this culture. This was me. I am going to make him similar to me in this way. He is going to be a product with Hip Hop, the struggles, and this neighborhood. The writers and producer made clear that they wanted to give him an energy that was unique and authentic.

ATM: How does comic film or television adaptations make you look at comics differently?

RG: It makes me feel excited because it brings what I read as a kid to life. It is everything I saw in the little squares coming to life. Everything I saw on the cover is in my face and on my T.V. They are being done well. The energy and writing of the characters are great. The Christopher Nolan Batman was able to bring the same energy that was in the comic. This crime drama element was so drenched in reality. He did not have superpowers. He was a human being who could do amazing things. It is exciting to see that we have the technology and resources to make these comics come to life.

ATM: What does your character impose about fatherhood?

RG: Rene Ramirez had some much self-pity and insecurities about being a father that he lost this opportunity to be a dad. Now, he realizes being a dad is one of the most important things in life. He will do anything to be in his daughter’s life. Being dad is extremely important to Rene Ramirez. This is his number one priority. Helping others is another priority. These superheroes care about their families but also their well being in this world and keeping people safe. They protect people who cannot protect themselves.

ATM: Do you feel the loss of daughter helped restructure his masculinity?

RG: Yes. I think everything happens for a reason. The lost of his daughter allowed Rene Ramirez to see himself. He saw his flaws, insecure, and weaknesses. He is comfortable with being himself. Rene Ramirez did not know where being a dad fitted in his life. The fifth season showed him learning about himself. Ramirez learned from others and this helped me be a dad.