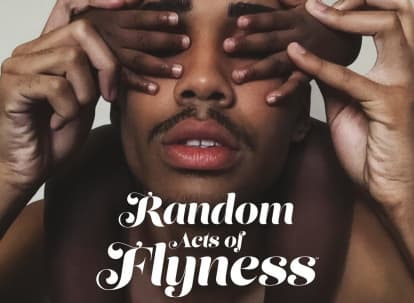 HBO’s Random Acts of Flyness and Its Controversy

Binary and gender issues are at the top of commentary in America. Some might feel there is a lack of support while others feel there is support. HBO’s Random Acts of Flyness is a television series that tackles all world issues in various segments. Kishori Rajan is one of the brains behind the show and gives her view on one episode.

ATM: What do you feel the narrative is right now among the general public about this show?

KR: People are discovering the show and engaging with it in ways that are not predictable. A lot of the writings from the writer’s room came from a personal introspective of their own experiences. This will help and allow people to latch on to their own opinions. People are loving and hating the show. The show is bringing out a strong reaction.

ATM: How and when did you join the production crew for this series?

KR: The creator, Terence Nance and I connected in 2015 about the show. This was before he had reached out to HBO and they were on board.  This was at the point where we had two pennies and a piece of string. It was a test for an idea. Tamir Muhammad works for Time Warner and he put Nance through an incubator program. This program identifies artists in the early stages of their career. This became Terence’s idea. HBO was also interested and told us to come with a fully made pilot. They said we might get a show. We made the entire pilot episode 2016-2017. HBO gave us the official yes in June 2017. We have been making the show ever since. This has been the main part of the last year of my life.

ATM: Describe your daily duties as the executive producer.

KR: This is a good question. I and a team oversee phrases of the show. The phrases are the writer’s room and the physical production of the show. We are now in post-production. This is the delivery of the show. I am managing the special effect artists and various artists. Some are from different places like London. I handle a lot of the budget, labeling, clearance, archival, and the music. These are things that occur during the post phrase. I talk with Terence 24/7 to make sure everything is happening in his favor. This is a fulfilling job. It is amazing to see this world come together. It is a hard show to explain and the best way is to watch it. People have to trust us, and they will understand the show. It is a hard show to produce because of the small elements. A movie has one cohesive topic. Whereas, for this show, each episode has so many different segments, artists, and styles.

ATM: Explain the various topics discussed on this show.

KR: We have a family orientated vibe in the writer’s room. It is a team of artists who knew each other prior to the show. The space was safe for people to be vulnerable. People talked about anything that was on their mind. The topics are organic evolutions from conversations. The conversations went from a question of how are you feeling today to watching something on the internet together to what is going on in the world. We were writing the show in the early winter of 2017. There was a gender balance among the writers. They talked about what annoyed them while walking down the street. The male writers talked about not having affection while growing up and expectations by their male elders. Also, the male writers talked about the looks of masculinity. This was just a flow of natural conversations and questions about why things were certain ways. The writers went their separate ways to write treatments for ideas. We met back up to share. We had 400 ideas after the first part of the writer’s room. These ideas were on index cards. We then went through the internal process of what to keep and what not to keep. Then, the ideas started to emerge. Feminity, masculinity, and being nonbinary started to be the main topics. The other ideas were about male affection and love from the heterosexual and trans nonbinary perspective. We wanted to figure out what people were not understanding these topics.

KR: This is one of my favorite segments throughout the whole series. The whole show is very collaborative, but every department had to bring their A game with this segment. There was so much going on. Our art department turned a boiler room into a Neverland set. The music was one of my favorite parts. There were amazing musicians on this project. It was fun to be in the recording studio with all of them. It was intense. This segment has a lot of different art forms.

ATM: Why is the overview of the arcade scene on this show?

KR: Members of our team created a game called Kebukian Assassin. It was a phone game. You absorb a lot of micro things coming your way while walking down the street in the morning. This makes you think about what to address physically. You think to throw down a brick wall or shoot at people. These are the aggressors. This could be because of a white woman wanting to take over a culture or someone trying to assault you. This scene is all in a fantasy and you cannot control the situation. We wanted to this to be explored.

ATM: We do not see many black men hugging each other in film and television.

KR: I loved this segment. We tend to have a macho view of how masculinity should look especially in black and brown cultures. We are fine with women showing affection for one another. They play with each other’s hair, have sleepovers, share the same bed, and hug. Male on male affection is sexualized and viewed as diminishing. This is saying we are brothers and why can we not embrace. A lot of the aggression that is within the patriarchal stigmas does not let men show this side. Society does not let men become affectionate with one another. This should be regardless of gender and men should not feel isolated. They should have physical touch without it being sexual. This segment shows a beautiful thing.