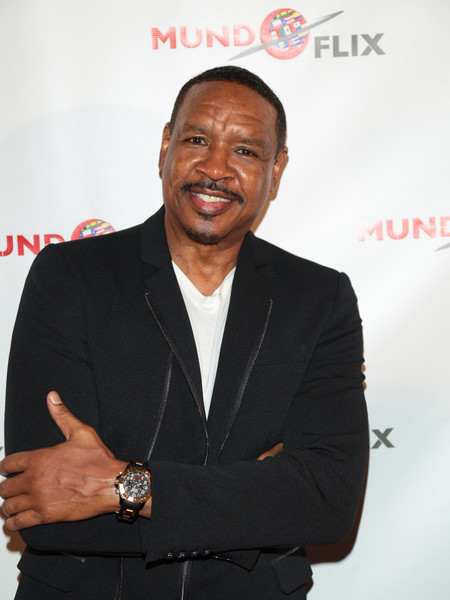 In the Cut with Actor Dorien Wilson

Spotlight on September 27, 2018 0Likes At The Movies
ShareTwitterFacebookInstagram

You all know him from the scream of Monique for Professor Olgevee, better known as Dorien Wilson. Currently, Dorien Wilson is in his fourth season of starring in Bounce TV’s In the Cut. The show is about the rebuilding of a father-son relationship where the family structure has its negative connotation in society. Wilson speaks with ATM about the show and his career.

ATM: How does your role as a father on this show flip the status of a father-son relationship in America?

DW: Many people can relate to being separate from their biological father. I am reunited with my son. I am a father on this show who must figure out how to parent a man. It is through my values. This show is a coming of age story. This show is about being able to trust each other as father and son. I have to raise this young man.

ATM: Have you seen another positive attitude actor doing the same?

DW: This industry is demanding. My typical day on set is going up at 5 am to hit the gym, I make it to the set by 7 am, work until the night, and go home to go over my lines. I start this process over the next day. I cannot always be jolly, jovial, and not bring in emotions. I do not know of any actors who show up always positive. I have enjoyed working with a lot of other actors.

ATM: Express a scene that still moves you today from the show.

DW: Ha, this is an interesting question. Kellita Smith plays my fiancé on the show. There has been the development of our characters and getting to know each other through the script. This has affected me the most and having a love interest. I get to be the funny man and may become an emotional rounded character.

ATM: Why do comedic roles work best for you as a person?

DW: I am naturally trained. I am not trying to pat myself on the back. I went through tons of training programs. I trained every day. I have done everything from Shakespeare to Kill a Mockingbird to playing dramatic roles. Hollywood sometimes pigeon holes you once they see you doing something well. I was then seen as a comedic guy.

ATM: What types of characters do you feel you should be portraying to further your career?

ATM: Describe yourself as a male actor in the industry.

DW: I am very disciplined and driven. I would have to be this to have sustained an acting career for this long. I am happy to have a steady streamed body of work since moving to LA in 1999.

Dorien Wilson’s experience has changed his perspective as an actor now being an executive producer. Look for more from Dorien with four upcoming movies within next year including on TV One.