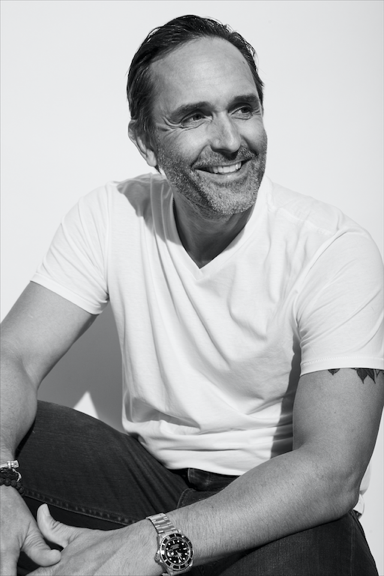 Reel 2 Real on October 6, 2018 0Likes At The Movies
ShareTwitterFacebookInstagram

Battling inner demons could be a part of a lot of our daily issues. Living in a world where your real desires cannot be explored because of societal norms. Trevor Long worked with his brother in the horror indie film Seeds. Long is also a recurring actor on Netflix’s Ozark.

ATM: How did the film come about?

TL: My brother created the story. We had to hire a writer. He wrote it with me in mind. I ironically loved the script when I got it. I was doubtful I could pull it off, to be honest with you. I was a little afraid to take on this part, to be honest.

TL: It was so different than anything I have done. There has very little dialogue and it is very internal. It was dark, and the subject matter was not easy. I had a lot of questions about it. I have never carried a film to this size. I am in the entire film. I had normal fears. I did not know if I could do this. I wanted to do it, but I had questions. I said get a named actor and I’ll play the brother at one time. I did not know. I was scared to do it. It worked out.

ATM: How is it playing in a film with less dialogue compared to others?

TL: It was a challenge. I had to prepare a bit longer on this on to get into this inner life. A lot of it is inner. I really started to prepare 3-4 months before shooting. I knew it really well, but I just had to go into this imaginary world to feel the demons he was facing.

ATM: What head space or environment does a watcher have to be in for this film?

TL: This is a good question. What head-space did you in have to be in for this film? I am curious.

ATM: I was in a curiosity head-space. I read the synopsis and thought it was deep.

TL: That is interesting. You have to be drawn to this sort of material. There are a lot of people who cannot stand the film and there are people who love it. You have to be curious about this film as you said. I like films that mess with your mind a bit. If people do not generally like this type of stuff, then they might not like it. People should just go and watch it. I do not think it is going to be for everyone.

ATM: Explain the opening scene with the young girl walking on the rocks.

TL: Marcus was with the young woman and he is acting out his desire that is buried. Obviously for his niece. You do not what really happens. Some people think it is Lily. It is not supposed to be her. He is acting out on his desires that are secretive. He is trying to deal with them. We wanted to keep it ambiguous and prerogative.

ATM: How should a person deal with their inner demons?

TL: They should probably go to therapy. I am not a fan of people acting it out in a way that is going to hurt someone. It is interesting. We had a sex therapist who deals with real-life people that have these issues. She said we really captured the reality of people who have desires that are taboo or unhealthy. She has clients that discuss these issues. They are attracted to someone they should not be. They do not act on it a lot of the time. We have all faced a desire that is not really societal correct. We navigate it through a way that is healthy to deal with it.

ATM: What was one of your most interesting scenes to shoot?

TL: This is a good and interesting question. I loved the innocent scenes with his nephew. He is tucking him into bed. The love scenes in contrast to the darkness. I love the scenes where he shows real love and care as an uncle. This is an interesting contrast to a man who battles this circumstance.

ATM: Why is the title named Seeds? How do seeds relate to the story plot?

TL: This is a good question. We had the title from the beginning. This seed has been planted in Marcus. This is a metaphor about the creature planting a seed in him and giving birth to creatures coming out into him.

ATM: Let’s move on to your role in Netflix’s Ozark. What does your character Cade’s in destructive choices say about fatherhood?

TL: It made me think about fatherhood a lot. I looked a lot at my own fatherhood and how I am as a father. I have a nine-year-old. It helped to deepen it and understand fatherhood. I thought it was a positive thing to explore. Fatherhood is not black and white. I think am a bad father at times. I am not doing what Cade is doing. Every father I talk to do thinks that they are screwing their child up or not doing the right thing. You might see fathers that look great on the outside, but everyone is trying to do the best they can. Cade is very self-centered. He is trying to do the best for his family the best he can. This is the way he is. No one wants to be a racist or a criminal. This is just all he knows.

ATM: Explain the atmosphere and experience on the sound-stage.

ATM: How do you feel about the way the two main characters are living their lives now?

Elan and Jonathan & the ‘306 Hollywood’ Documentary