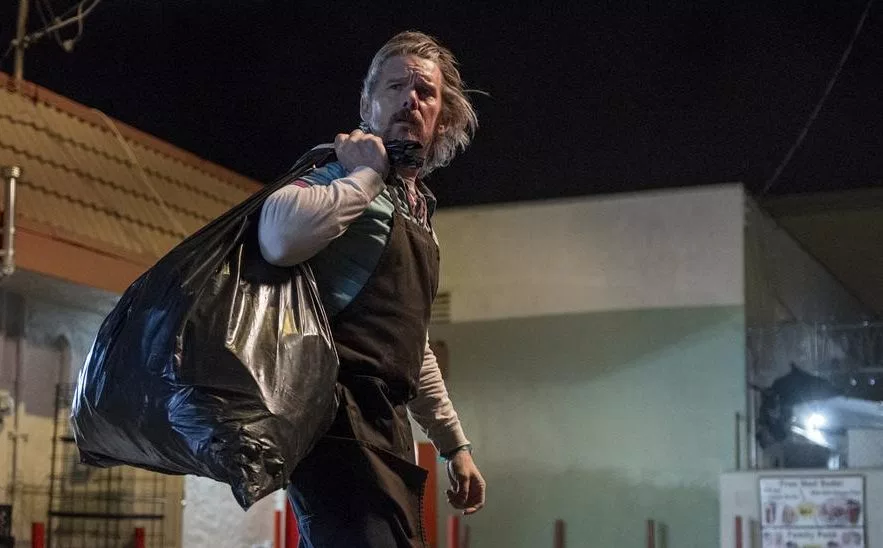 Reel 2 Real on March 28, 2019 0Likes At The Movies
ShareTwitterFacebookInstagram

In our society the people who are considered ‘losers’ are viewed as the underdog. Some who fall in this category never seen to get out of this rut. Their misfortunes follow them throughout their lives. Blumhouse’s Adopt A Highway, starring Ethan Hawke, shows a different perspective where an ex-convict decides to be a Samaritan. Director and screenwriter Logan Marshall-Green discusses the premise of the movie which recently premiered at SXSW.

ATM: How does the film show a modern negative sense of a good Samaritan?

Logan: The film is about the way we treat those people who are located as bad Samaritans. Also, how we are unable to forgive the men and women who have made mistakes in a system that is broken. This is our pineal system. It is about a bad Samaritan and why we label people bad and good.

ATM: Why do you think we label people bad even though they had bad characteristics?

Logan: Instead of looking at men and women as individuals we have labeled groups of people. We are unable to forgive ‘losers.’ We are very able as a country to forgive winners. We do not set up our men and women to be winners any longer when they are out as ex-cons upon reentry. We have it harder for them to exist and still be able to achieve their dreams as human beings. A lot of our entry is another form of jail for these men and women.

ATM: What is your role in the film and your connection?

Logan: I was the screenwriter and director of the film. I am someone who has made many mistakes like a lot of us. As an actor, I am drawn to flawed people. This is my role. As a storyteller, trying to tell stories of misunderstood and damaged people.

ATM: What is the underbelly to this?

Logan: Hope. The ability to find purpose no matter where you are in this journey and life no matter how old you are. There is always redemption available. It is up to us to find it.