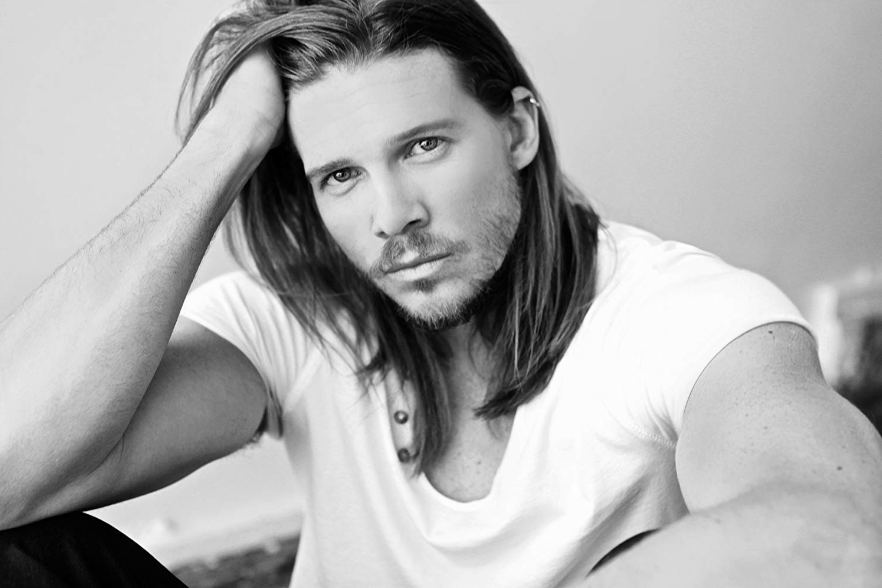 Interviews on October 9, 2018 0Likes At The Movies
ShareTwitterFacebookInstagram

ATM: Talk a little about your character.

SD: I play Ziggy, who is Eddie Brock’s (played by Tom Hardy) neighbor. I am a loud, noisy guitar screaming neighbor who plays his music too loud. I am sort of an asshole who is an antagonist bully type to Eddie. When Eddie comes into contact with Venom, we learn that Venom hates these types of noises and frequencies. It does not take long for my respect level to get way up for Eddie once he demonstrates that he can basically turn into a monster.

When I found out I was going to be playing a bully to Tom Hardy, it was shocking because you see him in movies like Warrior. You’ve seen him play Bane in Batman. He is so huge and he is literally epic. He plays all these epic characters in all these amazing films. He is the type of person you look at and go, “I would not want to mess with him.” I would never look at myself that lingers over someone like him and tries to make him

ATM: How can an antagonist influence a protagonist in a film?

SD: An antagonist influences a protagonist in terms of, in this situation, rousing him up to the point where this protagonist turns darker. I am going to affect him mentally and physically and turn him into something he normally would not want to be.

ATM: How do you think the character Venom pushes the humanistic boundaries in us all?

SD: Eddie Brock is a little bit of a meeker person in general in the beginning. Once he comes into contact with Venom, he is the polar opposite of who Eddie is. Eddie enjoys this because it is something he never was and something he maybe deep inside dreamed of being. Venom pushes the humanistic boundaries because everyone has all different types of emotions, characters buried deep inside of them.

ATM: If it was normal for all our superegos to come out in a form of a superhuman similar to this movie, then do you feel having an alter ego would still be a popular thing anymore?

SD: I think it would be one big giant mess in this world. You do not just have your regular LA road rage and giving someone the bird. You have symbiotic limbs that are popping out of your body and out of your car. It would be a very dangerous situation.

ATM: How do you think a positively alter ego depicted in a superhuman would be better for this world?

SD: It would be amazing. People could save lives and protect. Venom is more of a super-villain than a superhero. It would be the classic superhero story where someone is in trouble and you help them. It would make the world a better place. It would turn into one giant comic book into this world. The bad guys fighting the good guys.

ATM: What do you think about the name Venom, which is a word that comes from a snake?

SD: I think it is awesome. I have been a fan of the antihero for a long time since I was young. Venom to me is a perfect name. It stands out and it is symbolic of how the character steps into the body with a symbiotic form. It has this imagery like a snake. In reference to the Venom movie, I could only imagine if I were Eddie Brock, how that would feel the first time when it feels like you’re dying a horrible death but then you gain all these superhero powers.

ATM: Do you think an antihero could have a positive nature about them?

SD: People have alter egos and different personalities.  If a character is an anti-hero when “in action,” or in Venom’s case, when Eddy Brock is in symbiotic form, that doesn’t mean they can’t be a light-hearted and calm person in their everyday life.