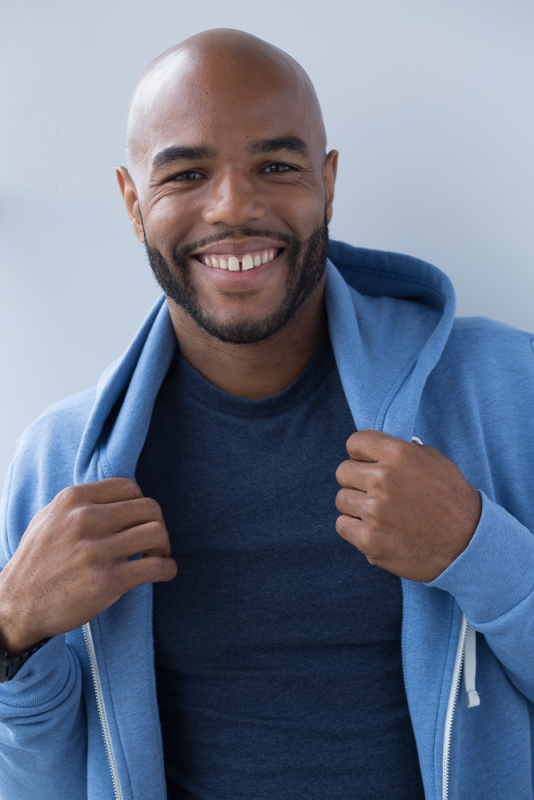 Interviews on October 10, 2018 0Likes At The Movies
ShareTwitterFacebookInstagram

Rel is a new comedy series that focuses on a father who is rebuilding his life after his wife cheats on him. This show displays how a man takes the next steps with this situation. Jay Alexander is a part of the cast and talks about the significance of the comedy series.

ATM: What has been your favorite memory or scene on this show?

JA: My scenes of course. {ha-ha} We are only two episodes in. They did an episode that shows violence in Chicago. I am not from Chicago, but I am from Detroit. I used to live in Chicago. I saw firsthand what was going on. I liked how they took the time out early on to do something serious. It is like a statement episode in a sense.

ATM: Talk about your first thoughts about the story-line.

JA: I thought the story-line was great. I have been knowing Rel for a long time. I would say at least 13 years ago. We met in Chicago a long time ago. A lot of the story-lines that were written in the show were jokes he used to tell. This was part of his material from back in the day.

ATM: What depictions of fatherhood are shown in this series?

JA: Being there for children regardless of what the relationship is with the parent or mother. You have to always be there. I have kids in real life. He is just still in their life no matter way. Nothing is going to take him away from the kids. This is the sort of sense you get from how he interacts with his children. Rel’s life

on the show is in turmoil, but he still finds time with his kids. This could be talking or giving them something.

ATM: What are the first steps that Rel takes to rebuild his life as a long-distance dad?

ATM: When you did have hair on your head what was the atmosphere in the barbershop? Did you experience gossip being the focus when you were at the barbershop?

JA: I still remember these days of going to the barbershop. I could have the sports conversation. I do not have these anymore. You do not really need to go to the barbershop for a beard. You can but you should know how to do this on your own. This was how I was taught. The barbershop is this space. The bar is sometimes this space. You get a couple of drinks and information starts flowing out.

ATM: Express more about your stand-up comedy career aside from this series.

JA: I used to work at a shoe store. A comedian would always come into my job. My friend would always tell me I was funny. He was telling me there was a comedian who has a show at Coco House comedy. This was a comedy place in Detroit in 2005. He was headlining down there and told me to head down to get stage time. I never headed down there. I was not scared, but I just got off work late. I was not sure this job thing was what I wanted to do. I wanted to travel the world. I thought about this. Two weeks later another comedian name Blackberry out in Detroit came into my job with flyers. He asked if I wanted to do stand up. He asked me. I just so happen to be at the register. This had to be a sign. I was practicing my jokes with the girl I was seeing at the time. She told me it was funny. I did six out of the ten on stage my first time.

ATM: How do you feel this show Rel continues the black comedy culture in television?

JA: It is displayed from a very authentic view. The story is being told by Rel. He is a real dude. I trust him. It is going to be told from a truthful point of view. He is not going to deviate away from the true stories or experiences. This is the way he goes on stage. He does not embellish it to be funny. It happened the way it happened. I can most definitely count on black comedy being told from a real point of view as supposed to show us that everyone made it. There are some families like this but there are people who go through real situations. There are people in real life deal with these elements.