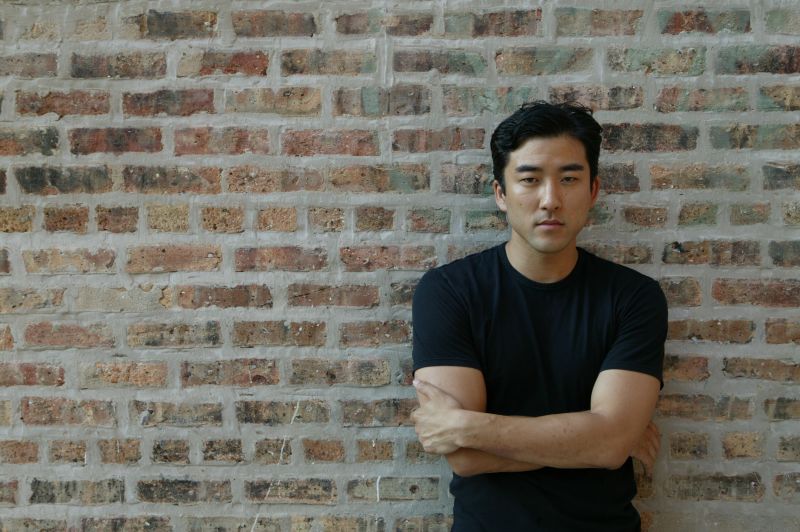 Uncategorized on October 10, 2018 0Likes At The Movies
ShareTwitterFacebookInstagram

Monsters and Men follows the change of a police officer’s life after being caught on camera shooting a civilian. His actions transform the life of the people around him. Asian American actor Jeff Kim talks about the film.

ATM: How do you feel this film narrative mirrors the current issues in our society today?

JK: It is intriguing how the movie came together. A critic said they felt the film dealt with these issues in a superficial way. I am a little surprised by this. I felt the director Ray really explores many aspects of the Black Lives Matter Movement. It would have been easy for him to side one way or the other. He explored through three different characters. One character was the product of police corruption. You have a bad NYPD officer who has reservations about what happened. He is coming from an NYPD perspective. The character Zyric is a good kid trying to do his best to get out of the ghetto and see where he stands in this. His activism can really affect his life, family, and promising career.

ATM: What are the things you can get from the John David Washington character’s view who is the NYPD officer? Does it create a softer tone to these issues?

JK: Overall you walk away with the feeling that these things happen. This is not necessarily an angry feeling. You walk away with a better understanding of what is going on. A better understanding of some injustices going on in underprivileged environments. You are also understanding what it is like trying to be an honorable police officer. Also, how difficult it is to be an activist and sacrifice a lot of things in your life. Then, it leaves you with sadness because these things do happen and will continue to happen. It does not clearly spell how you should think. You walk away with the whole view of things and not just one side.

ATM: This might be obvious or implicit. Who are considered the monsters and the men based on the title?

JK: It is funny because this movie is being told through three main characters. The NYPD officer that shot an innocent guy selling cigarettes is clearly the monster. There is a little bit of a monster in all the characters. In terms of the characters, when using the word men, it means a person who is going out into the world and trying to live their life the best way they can. There is a female character playing an activist and is also pretty much central. She is very strong on her views and a pro Black Lives Matter activist. This character sees the world in one direction. She is doing a lot of good but supporting the character playing the police officer. It is amazing how much he brought to so many characters in such a short time.

ATM: How do you feel someone’s consequence impacts us all?

JK: It is extremely sad. This film brings out these people in the news stories that have friends and family. It is sad when something like this tragic happens to them. It is sort of unfortunate because the things that happen that proceed us in time influence what happens now. A lot of innocent people get injured. All these things that happened in the past might have made the police officers trigger happy leading to unlawful force. Who knows what these officers have to deal with on a daily basis? It makes them more prone to make mistakes on the job. It is complicated. A lot of things that happen in the past affect us in the present moment. A lot of the actions we take in the present moment affect the future in ways we cannot predict.

ATM: What are some scenes you looked at that that relate to actual stories?

ATM: Do you believe this 1- & 35-minutes film gives people a visual of how society is currently?

JK: Hmm. It seems to be really close to present day America. It does not seem like a fictional version of America. It is interesting because New York is such a unique place. People do not realize how unique life is in some of these boroughs in New York. I spent a lot of time in Brooklyn. Nothing seemed false to me about the life Fernando depicted in the film.

ATM: How does this film show the next steps that should be taken in present day America?

JK: This is interesting. Ramondo does not really complete the story of any of his characters. Manny is sort of left in an interrogation room. Dennis, the police officer is left in a stressful marriage. We do not know what will happen to his family or marriage. Zyric leaves us with him sort of taking a stand wearing a Black Lives Matter T-Shirt to a baseball tryout. We do not know if this will negatively affect his career like Colin Kaepernick or if he will go on to be a star. It is an interesting question because we just do not know the future of these characters. We do not know where we are headed as a society in terms of these issues.

Common and Steel Springs’ Peter Lawson Join Forces on a new feature, RISING ABOVE, based on a 1971 Discrimination Against Howard University Soccer Team and Coach