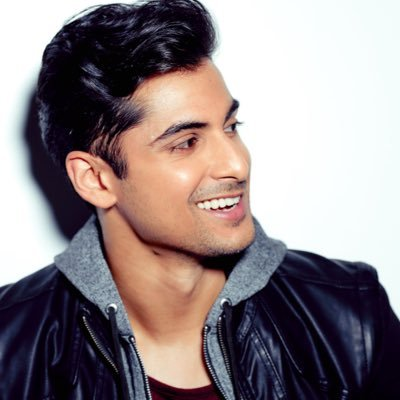 Rushi Kota stars on ABC’s Grey’s Anatomy. He talks with ATM about his journey through acting and living the American Dream.

ATM: Do you feel the American Dream is even true?

RK: Wow. Absolutely. As a first-generation immigrant, yes. My mother brought my brother and me here when I was eight years old. She is the epitome of the American Dream. She has gone through a lot as a true pioneer. She truly believes that if you work hard, then you can make it happen.

ATM: Do you feel fame and money dictates whether a person has conquered the American Dream?

RK: Aw, man this is a tough one. Back when I was a younger person and looking at my mother as a role model, yes. Money means a lot in my family. Money was the meaning of success because we did not have it. Now, as someone in his early 30s looking at it, no. This dream has evolved. It is more than just fame and money. It is about making a change and becoming a better person. We live in a divided world. What are fame and money if you are not a good person?

ATM: Describe the moment you made the American Dream? Was it an unconscious feeling?

RK: It is funny you say this. I do not feel like I’ve achieved the American Dream yet. It is a working process. One thing always leads to the next. There are small incremental achievements. At this moment, I thank the Gods and Goddesses for blessing me. When I landed Grey’s, it was not that certain of a job. I got pinned for two episodes. I saw the email. I remember it very distinctly. I was sitting at my dining table. I was weeping. I was like “Oh my God! This is so insane.” Especially in a career as acting, it is not like one week you are booking this, the second week you booking that, and the third week you are super famous. It is not like this at all. There are months and months of absolutely nothing going on. Then, there is one week with total insanity where everyone wants to work with you or offer you a job. This is all at the same time and you have to choose.

ATM: What character did you like before joining Grey’s Anatomy?

RK: I definitely loved Christina Yang’s character. She was brilliant. She was a different ethnicity and someone I could finally relate too. I was a fan of hers.

ATM: Is your fiance your person?

RK: Yes, she is definitely 100% my person. She is not in the acting industry. She is a scientist and is doing something with her life by curing cancer. This is pretty amazing. Our dinner table discussions are two worlds colliding.

ATM: Why has this series been in good standings for 15 seasons based on your experience?

RK: It is always finding ways to push the boundaries and the limits. They work and create a lot of characters that the audience can fall in love with. This is the huge difference compared to a lot of others. You will not see a lot of other shows now that has been on for 15 seasons. This is a huge accomplishment.

RK: I met Chandra Wilson on set on my first day. She said to me “You’ve come to play with us.”

RK: It is so simple, right. In my life as an actor and most actors, I could say confidently we take our work so god damn seriously. We forget we are playing pretend. We forget to have fun. This is a veteran actor who has been on the show since day one. She has found that joy to continue. This blew my mind open. I was like, “Woah, what.” I have carried this with me since then and every day. I told her how that this has changed my life.

Second, I got to work with Sarah Drew a little bit as she directed Grey’s Anatomy: B Team. This was very exciting under her leadership. We sat, talked, and shared stories between takes. She said something she learned as a younger actor. One actor told her that while in an emotional scene that you “learn to preserve your energy, measure your performance, and save it for your coverage.” Another actor told her “this is bullshit. Just give every single scene all you’ve got.” This kind of made me understand my limitations and when I can go full force. And when do I need to pull back and save something for a particular take.

ATM: What is your definition of fun in life?

RK: I am a huge EDM fan. I have frequently gone to Tomorrowland for the past two years. It is just a mecca of EDM. It is a 4-day festival where DJs from all over the world come to play in front of a massive audience.

ATM: How do you still work as an actor and have fun?

RK: Exploring and living life as much as you can. I sometimes trap myself in my apartment and office. I isolate myself with my thoughts. This is not conducive to me coming out there and experiencing different types of experiences.

ATM: You should stop.

RK: It is like am a cocoon hoping to come out to be a butterfly. (Laughs)

ATM: What are good personal traits about your role on this show?

RK: I have been percolating on this for quite a bit. He has a way about himself. He is charming, confident, and can be cocky. There is a lot of insecurity underneath this that drives his actions. I think there is something in there where he is valuable to change.

Cassandra Freeman Takes on NBC’s ‘The Enemy Within’