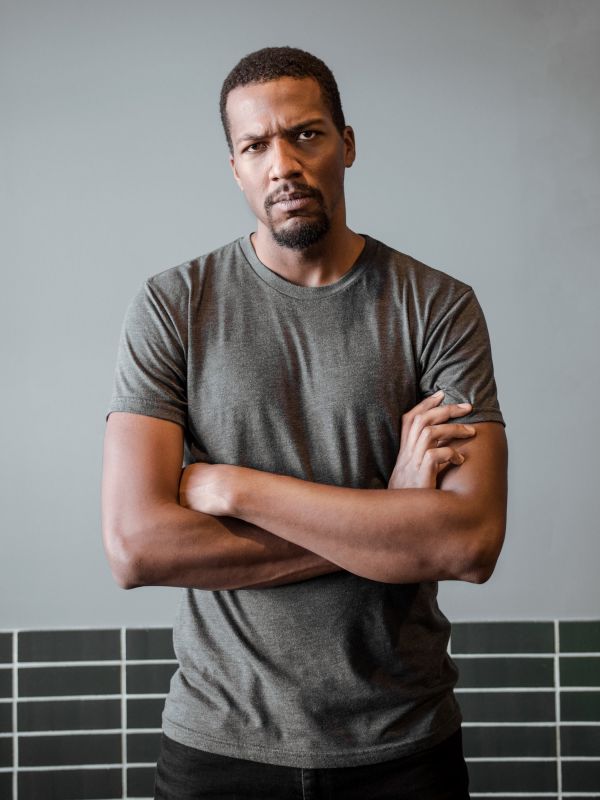 Brian A. Prince Puts on the Predator Suit

Interviews on October 21, 2018 0Likes At The Movies
ShareTwitterFacebookInstagram

Brian A Prince talks about his role in the recent Predator movie. Prince explores the highs and lows about being tall.

ATM: Why do you think people have been so engrossed in the Predator franchise?

Brian: This is such a good question, honestly. I ask myself this question a lot. It is something about the design of the character. It is cool to learn about silhouette value. You learn about this when designing a character. This is essentially what you see (example Bugs Bunny) that you know who it is. This makes people comfortable. The design of the Predator works very well.

ATM: If you were asleep and awakened by the Predator, would you say, “I am one of you,” put on your costume, or say “come along?”

Brian: I could not put on the costume by myself. It would not be this one. I would probably be scared. I get scared if I wake up and my roommate is in the room. There is a sense of identity with it.

ATM: What are the personality traits of a Predator? Do they have a sense of humanistic traits?

Brian: The Yautja. This is the name of the species. They have a lot of honor. A lot of people think they are bad hunters. They hunt more as a sport. They do not hunt for survival. They do not harm anyone that is not harmful to them. This is a trait about their culture. They have a hint of empathy in him. They are real. I walk with my chest out. They have an ego.

ATM: What do you feel the word Predator means to you?

Brian: In terms of the character or in the dictionary?

Brian: I love the joke in the movie where a character says, “You are not describing the Predator, you are describing a hunter.” Predators hunt to survive. This is a good question. In terms of the character, the Predator represents strength, violence, and honor.

ATM: Why do you feel you were initially picked to be the Predator?

ATM: How come you do not play basketball?

Brian: You have to do what you love. I would have been taking this opportunity away from someone else who would love it.

ATM: How is it looking up from this view?

Brian: For me it is normal.

ATM: Do you feel as if you are on top of the world?

Brian: It is mostly unwanted attention. You walk into a restaurant and everyone is staring at you. People come up to me all the time asking me questions. People create ideas in their heads and when you shatter this you disappoint them. Since I was a teenager, I have gotten used to this moment of a stranger coming up to me and ask do you play basketball. I say no. They say oh what a waste. I say thanks. I just met you and I have disappointed you. Apparently, this is my superpower.

People look at you thinking life is so great. I guarantee you if you talk to any young adult or teenager who is abnormally tall they will have a lot of things to say about self-esteem. It is this thing where the world puts this idea on you to think you are so great. It is not. You are like I just want to fit in. You physically cannot. From not fitting in on the school bus, to not being able to fit in your school desk, and to looking down at your friends. I could have a 12-episode Netflix show talking to different tall people. The result would be I did not realize we all have mental struggles. They think you are tall, and no one cares what you think.