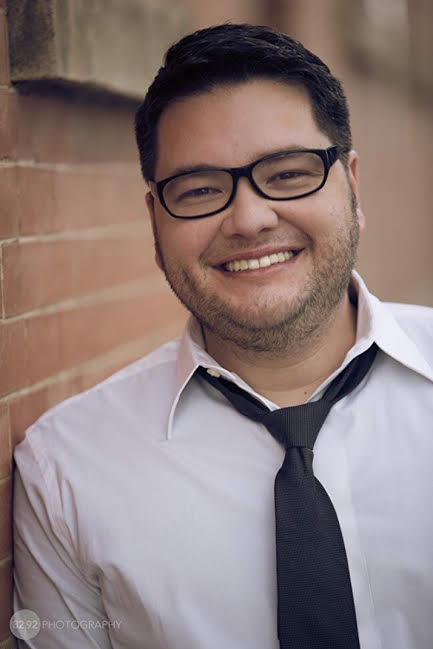 Reel 2 Real on December 5, 2018 0Likes At The Movies
ShareTwitterFacebookInstagram

ATM: How is the word Monday related to this film? What is Monday known for and what is the stereotype put on this day?

Alejandro: The action of the film all takes place in one day. The whole movie takes place during 24 hours in the life of the protagonist and everyone he interacts with. Mondays are usually known for being the day of the week that no one likes and a day when everything goes wrong, so they want this day to end as quickly as possible.

ATM: How does the film score continue to carry the story plot?

Alejandro: The main character is very pop cultured influenced. There is a great connection between movies and music. Tom Eddy and The Beatles are mentioned, and this had to be reflected with music. We were able to get a pretty concise soundtrack of different genres that was able to propel the movie to its energy. This soundtrack also made the movie feel as if it kept going and going. We included a mix of bands and original composing that was like the sounds of the 80’s. We used this approach because our budget was so low. We also had to spill color and background so that it did not look dark. This propelled us to let us use music and do this from here.

ATM: How did this low budget movie change your perception or any misconceptions you had about film?

Alejandro: I have never done a project with more than ten thousand dollars. I do not come from money. I have had to penny pinch as much as possible. There were a couple of L.A. actors on this project, and they were like, “We need like 60 thousand dollars.” I was like, “Uh, no.” I tried to stretch the dollar as much as possible. I learned to be more patient, especially, because not only were we trying to do the movie, but they were filming us during while making the movie. Anytime there was doubt and things did not go right a camera would be in your face. So how do you keep cool but also problem solve in your head? This is what I learned the most.

ATM: As a frugal filmmaker with your first film, would there be money left over if given a bigger budget?

Alejandro: Oh yes. If we get a bigger budget, then I can pay rent and pay my bills. This would be amazing. We would get to do things that are more cinematic with bigger budgets. We can make the experience of the movie feel better. This is not going to change my approach to making films though. I am not going to always spend money just to spend money. I want to take advantage of every single penny that we have of the budget in details such as seeing if we can get a better song, or someone with a bigger name, or get a better location for the film.

ATM: In relation to the word Monday, how did you spend your Monday?

Alejandro: I went to work and did some writing. It was super boring. I watched some Film Struck. Unfortunately, Film Struck is getting shut down. This sucks… I watched Money Game. This is a good movie. I live a very boring life. I write scripts.

ATM: How do you think of different character analysis while writing scripts?

Alejandro: I want actors to feel comfortable. I try to give them as much of a backstory on their characters as possible. I am currently doing a 1990’s dramedy. I sent my actress a Walkman, two mix-tapes, and two 1998 Rolling Stone magazines. I also sent her a film. It was Blu-ray because I could not find it on VHS, but the point is I try to give them as much of their character as I can.  I tell them: “Your character listens to this song because of this”, so I gave them a mix-tape and other songs that were popular during 1999. That way they can build this portfolio of feelings and characterizations of the characters they will play. I do this with every project.

ATM: Looking back, was there an item that you did not need or that you spent too much money on?

Alejandro: I needed a monitor because I was also the camera person while we shot the film. There were a couple of shots that were a flop. We needed every cent. I built a shoulder rig with my DP Ryan. It would have cost us 10 dollars to make or 60 dollars to rent. It was uncomfortable. It was made out of metal. We were like: “We cannot do this”, and I wasted 10 dollars. Dammit.

ATM: Why did you pick neon lights in the trailer?

Alejandro: Most of it was for design. I wanted to utilize Austin’s background since we had little money. Austin is a big city, and there is a lot of depth of field. While standing on the street, it looked like the whole street set was closed off for us. It was not. It was to utilize the colors that are everywhere in the city. We tried to create this atmosphere.

ATM: How did the versatility in the location sets strike a mood in how someone could convey the movie?

Alejandro: This is a really good question. No one has asked me this question. I would love to share this. It is more of a strategy. I knew there were going to be constraints about locations and money while writing the script. I wrote the script to take place in places that were in abundance in Austin. There are always bars, office, houses, and restaurants. The biggest one was the record store, but I knew there were bunches of record stores in Austin. It is a huge music city. It was about utilizing and knowing the locations we could get. It was about what was easier for us to obtain a low budget.

ATM: Were there any moments when you felt you were too ahead of yourself? Or that this was not going to turn out how you wanted it to?

Alejandro: We had to pick the locations from a binder. We did not get to go location scouting. One of my actors was a martial artist who had to bail. I relied on him to do the action, and I had to shoot around him. We switched the role he was going to do to a woman role. We choreographed the scene. In editing, I would show you one movement, then cut to the outside. I would come back and cut to the fight. I did this to prolong the action scene and to make it feel longer. This day was stressful. I had a sub-coordinator and not only the two cameras on the phone, but the other director also brought two more cameras. I smoked a pack of cigarettes on this day.

ATM: Did the story of the movie come into your head as an epiphany, or was this a two-month mental process?

Alejandro: I had done a short film version of it. It was because someone told me, “Oh! You are going to do another romantic comedy.” I said, “No, I am going to do action just to prove you wrong.” I am stubborn this way. I did the short film version because I knew it would be hectic to shoot it. The movie lens itself is handheld, distorted, and a little shaky because the movie progressively gets crazy and falls off the rails. The camera does the same thing. And I had to write a story that I was more familiar with because it had to get written in three days.

ATM: What is it like to come out of the lens of what people expect of you and trying something different?

Alejandro: I love it. I do not just like one genre of music and movies. I love Sinatra and like U2. I want to challenge myself to doing things that I would not normally do. Doing the same thing is just boring. This is the reason I did not work from my desk. I try to challenge myself. I like to do projects where I want to spend an amount of time with the characters. If I want to do a romantic comedy, then it is because I love the character so much. I am fine getting consumed in this world for a year.