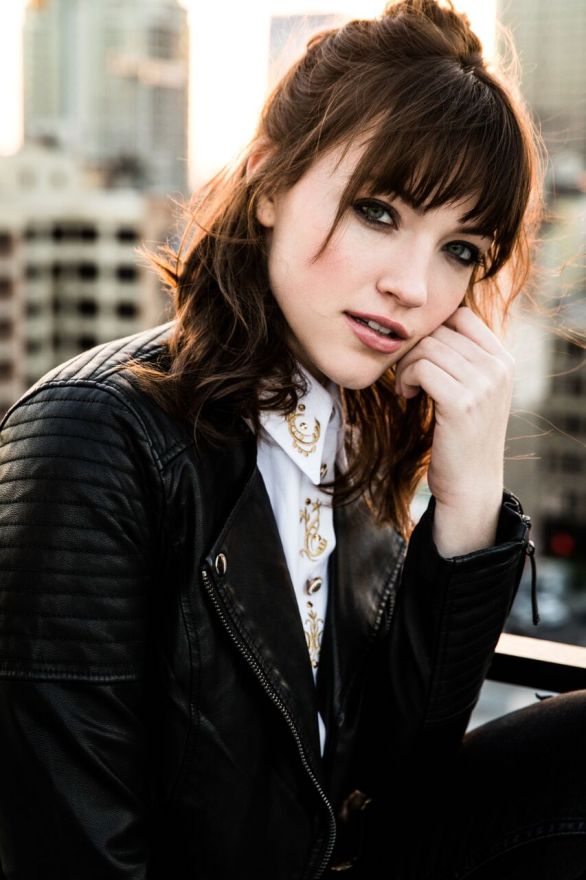 Violett Beane on ‘God Friended Me’

Interviews on November 7, 2018 0Likes At The Movies
ShareTwitterFacebookInstagram

Violett Beane speaks on her lead role on the show and the importance of helping the world be a better place.

ATM: What is the show about?

VB: God Friended Me is about an atheist who gets friended by someone calling themselves God on Facebook. He ignores the request because he doesn’t believe in God and he thinks someone is messing with him. Eventually he accepts it and he start getting these friend suggestions for people. He ends up being a change in their lives. I play Cara Bloom, she’s an online journalist and she ends up being one of the friend suggestions that Miles gets. In the pilot you see that she struggles with the fact that her mother left when she was young. She came to New York in search of her and she’s found her, but she doesn’t really know how to take the next step. That’s when Miles and the God account enter. Then she decides to stick around after they’ve helped her.

ATM: What drew you to the series?

VB: Well when I was auditioning during pilot season last year, I was reading a ton of scripts and going in multiple times a day for things. It was honestly one of the only ones that I read the entire couple of months that really left me feeling uplifted and positive at the end of it. I think with the world we’re in right now, we kind of need something like this.

ATM: How important is showing different beliefs and lifestyles in God Friended Me?

VB: I think it’s everything for the series. I think the show is ultimately about inclusivity and connectivity and that would be impossible to do if

we didn’t try to tell as many stories as possible. What’s great about this show, is that it isn’t just on-screen. Our writer’s room is one of the most diverse writers’ rooms I’ve ever walked into, both with race, gender, sexual preference, and age. We have every person on the spectrum in there. And, we’ve had more than 50% female directors. I’ve never worked on a show that has had that happen. We’ve had three female directors back-to-back, and it’s been amazing. There’s a different kind of story that you’re able to tell when you’re coming from different perspectives. It’s fabulous that it isn’t just what you’re seeing on screen, and I want everyone to know that we have it all the way down to our writers, our directors, and our crew.

ATM: What acting lessons did you learn from The Resident and The Flash?

VB: I think every set you go on, you learn something new. With The Flash, I was really just learning the basics and what it meant to be on a high-production television show. With The Resident, I had the experience from The Flash and I was really focused on the performance alone. Lily was a challenge for me because I have been lucky that I haven’t had to experience the difficulties that Lily was going through.

ATM: Besides acting, you are passionate about environmental causes and animal rights. Why are they important to you?

VB: I’ve always had animals growing up and been surrounded by pets. I’ve always loved animals and I think that it’s our duty to show compassion to them. And I recently, just a couple years ago, just decided that I don’t need to eat meat after doing research. I think that our meat industry and our agriculture industry is so messed up right now and I decided I didn’t want to be a part of it. And I have honestly felt healthier being plant-based. I recently did a campaign with PETA that was called “All Animals Have the Same Parts”. It was basically saying that whether it’s human or a cat or a pig, or whatever it is, we’re all animals, and we all deserve the same amount of respect. And I think that the way that we treat our animals, and the way that we raise animals to be killed, is like a correlation to how we treat each other, and how we see each other as human beings.