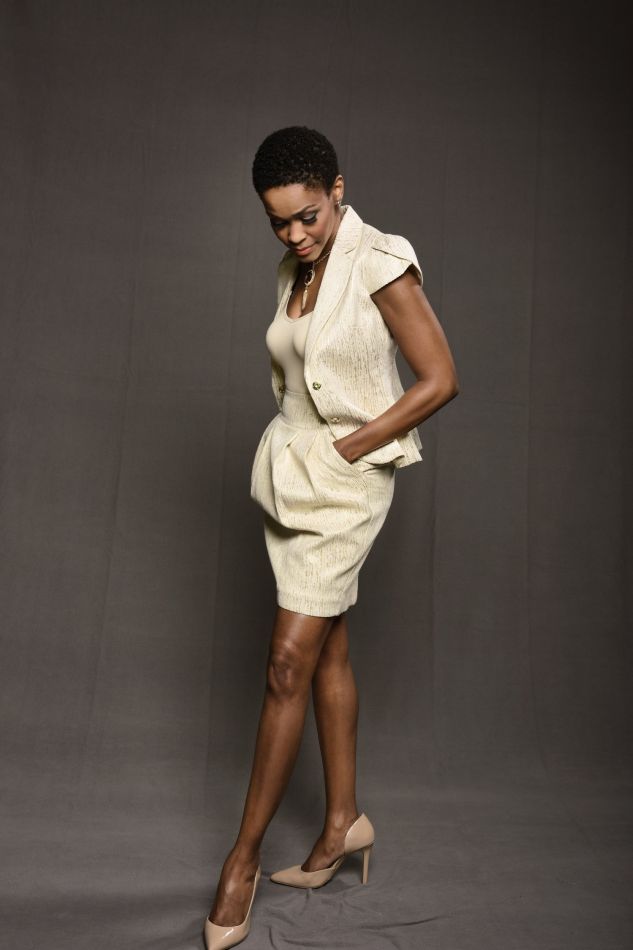 Entertainment News on November 21, 2018 0Likes At The Movies
ShareTwitterFacebookInstagram

Kim Hawthorne speaks on her role as a principal on Greenleaf. She expresses the importance of education and truth in acting.

ATM: What effect do you think principals have on students?

KH: Principals are in leadership and authoritative positions. They can empower their students to greatness and scare the heck out of them. My principal at my high school was Mr. Otero. Everybody was scared of him. The Vice Principal was a little bit nicer. I would get sent to the office quite a bit because I was the class clown. My algebra teacher would always kick me out of class because inevitably I would be sitting there asking, “Why do we need this?” He would say, “Get out Kim. Get out?”’

I would have to go to the Vice Principal’s office. But both principals I would say encouraged me. When they get you “one on one” they have a heart for the students. They would encourage me to be the best I could be and tell me they believe in me. My character on the show is similar. She is not only the principal of the school, but it is her school. She owns and created the school. She has a heart for the future of the world. She has these little souls that she is in charge of. Principals are extremely important in shaping how our youth see the world and see themselves.

ATM: How did you see the world at their age?

KH: I was just a kid like everyone else. I did not have a care in the world. This means my parents were doing a good job. I did not have any worries. I was very positive. I went to a Catholic school in Newark, New Jersey. It was like a private school. The classes were not as large as a public school. I find most people who went to this school are at the top of their professions. They are lawyers, head of accounting departments at major corporations. I got a very good education. There was also art in the school. This is how I discovered I was good at singing. Then, I wanted to pursue a career in art. I was very focused and an A student. I was still getting into trouble because I was “Miss. Chatty Kathy.”

I would get kicked out of my homeroom class and had to go to another class. It was because I was talking a lot. I would finish my work before everyone else. I would get bored. This is the same issue with my oldest son when he completes his work. He starts talking. I was told by one of my teachers who I am still friends with her daughter who was in my class named Mrs. Jackson. She said, “You know when you get bored and finish early, read a book.” I am also telling this to my kids, read a book. I pay them to read books. If they want to earn money, then they need to read a book.

ATM: Can you empathize with the younger actors on this show or the young actors you see emerging compared to when you were first starting?

KH: I did not get my first “real” T.V professional acting job until my 20s. I was acting in plays and musicals and going to college. I look at them, and I am entirely in awe of them. I did not have the confidence to think I could act on T.V. while at their ages. I thought it was a bigger deal and took more. I was not ready for this and was more comfortable on the stage. I did not have the outlets. Some people’s families get plugged into this, or the kid knows they want to do this. My mother got me into playing the piano, singing, and performing as much as she could, but she was not one of these stage moms that knew how to find the auditions. When I look at Lovie Simone and Desiree Ross who are the younger actors, I am at awe because they are at my level regarding the type of job they have. I am like a mentor to them. It is funny that we’re talking about teaching because this is one of my gifts. God will give you certain gifts. I know this. This happens whether I am doing it in a classroom or randomly on set.

ATM: What attracted you to the stage at such a young age?

KH: While in the second grade, there was a performance group that came to my school. I remember sitting in the gym at my school. I was like, “This is what I want to do!” I was 8, and I never changed my mind. Of course, if a kid wants to play the drums, you point them in that direction. This is what my parents did. They tried to do as much as they could to help support my dreams. I never had the desire to do anything else for years.

ATM: How would you express your experience in jewelry making?

KH: While in college I dated a guy that was an artist. He sculpted and did pottery. When you are spending time with someone you kind of look around. There was clay. I started making these clay earrings and selling them in college. I always loved to design and had a million ideas in my head. This was when the jewelry bug bit me. I saw it was lucrative. If I start making jewelry, then I have to make money. It was not just a hobby for me. I turned it into something like an enterprise. After this years and years went by. I’ve lived in two countries and several cities. I was married a couple of times. A girlfriend of mine asked if I would be interested in taking a jewelry class with her. I went to take a beading jewelry class with her. I got bitten by the bug again. Next, you know I have beads, and I am selling jewelry. I started to learn different techniques. I love it because I like creating. I like getting an idea and the challenge of manifesting it.

ATM: How would you describe this business?

Someone messaged me on Instagram who had just started watching Greenleaf on Netflix. They asked why aren’t you known? Where did you come from? I have been doing this for 30 years. A lot of people think you can look cute and know someone then, boom. This is great. The longevity aspect of it is really your craft. It is getting your craft down, know what you are doing as a professional actor and treating it like a business. There are crafts and skills you need to have to sustain a long career. It is not

about looking good and posting on social. All of these “fast food things” that I see happening are not real life.

Sure, you can have a little bit of fame and notoriety, but I guarantee soon as the next big thing comes you are out. It has taken me 30 years to get my dream job on television with Oprah. I’ve been out here for decades working. I have longevity. I am not worried about the day Greenleaf decides they do not want to go on, that I am not going to work again. Or that I am a one hit wonder. I have been in it for 30 plus, years.

Fresh actors need to approach it like this. If they really want it, then they need to be in it for the long hog. I started with people who no longer act. If they had stayed, then maybe they would be where I am today. We do not know this. We do know that when they dropped out, they missed their opportunity. Mine took 30 years. It was worth the wait, and I am going to run with it.

ATM: How do you keep the emotions out to have a long sustainable career?

KH: Let’s go back to 15 years ago. There was probably a lot of emotion for me. There were times I had auditions that I wanted. Every audition was considered make it or break it. This is something that the longer you do you begin to realize that you should not take these rejections personally. You should realize walking into the room, that is not about making it or breaking it. It is about I am going to do this job in here. Treat it like an interview. I treat it like an interview. It is to the point now that my manager will call me and go you booked something. I am like, “What was it? I cannot remember what I auditioned for anymore. I am not emotionally attached to every little thing. However, when first starting, you are. You must have a heart for this business. Your heart is more on your sleeve when first starting out. It is a muscle you must develop to become less and less emotionally attached to the outcome. The thing that should be the main focus for the actor is the audition itself; this is the job. You do not have any control over anything.

ATM: What is the definition of fame to you?

KH: I do not even resonate with this. This is interesting. I do not resonate with the word “fame” because “fame” to me says you want approval from outside sources. I do not resonate at this frequency. I get my source starting from within. I try to live as authentically as I can. I cannot even describe this word. It means you are looking outside of yourself for validation from other people to raise you. So, this is not something that resonates with me. It is a dangerous word. What happens when you are no longer in a position to get this from the outside? What happens to you? Think about some of these mega celebrities. What happens when they are no longer popular or famous? It is a fake construct; it is not real. It is man made.

ATM: Based on your definition, do you consider yourself famous?

KH: People know who I am when getting on a plane. Let me look up the definition of “fame” on my computer. I told you, I was a teacher.

KH: “Known about by many people.” Yes, I would say I am famous.