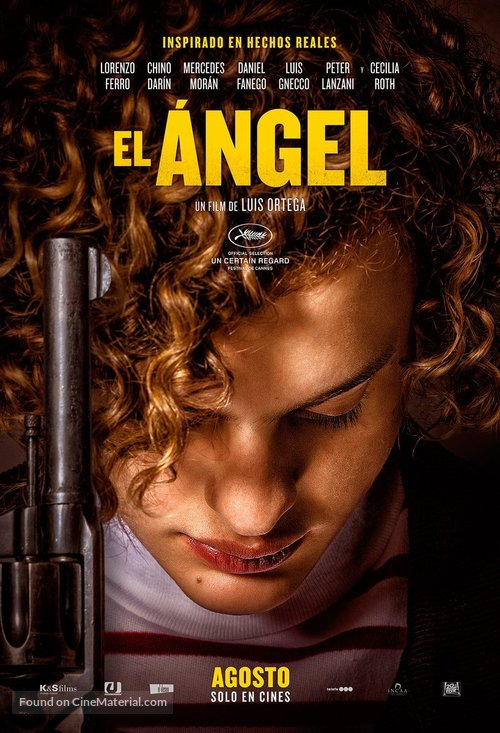 Reel 2 Real on November 24, 2018 0Likes At The Movies
ShareTwitterFacebookInstagram

A twenty-something Argentinian male is calmly on a rampage for violence. Violence seems to be what he really wants to get out of life. He does not want to follow anyone’s rules, not even the people closest to him. El Angel is a new Argentinian film inspired by a real man who was deeply infatuated with breaking the rules and following his own laws.

“As an executive producer you can be doing different things in a process of making a film. I am particularly close to all the creative process.” Braier continues the explanation about the creative process related to the film. He worked closely with the director in figuring out how to carryout the formation of the film. Braier reminisces, “From reading the script and making suggestions for a final draft to all the communication between talents, distributor, press agents and poster and trailer designers. I also follow from very close all the aspects of social media plus Festivals and Premieres. It is a wide aspect but at the end it makes sense to see all the pieces together.”

Things might seem different for the Argentinian producer since he is not of Hollywood. He still feels there is a hardworking aspect to the film industry. He says, “I am an Argentinian professional and as any Latino Americano producer things are tough but well work hard on making good films that can be enjoyed as worldwide as possible such as the latest films that we’ve produced in K&S Films, especially since Wild Tales.”

Time management and organizational skills are key in the work that Braier puts into film. We get to see the work while watching the film and we applaud it through our facial expressions through each scene. From his view, there are other elements

that contribution to his job and the making of this film. “It is all about the project. The film itself gives you the heart of what is needed and when. It is very important to have a good communication not only with the directors but with rest of the producers, the cast, the crew, the distributor, the press agents and with yourself.

Adam Reist Talks ‘Dare to Be,’ the Definition of Success & ESPN