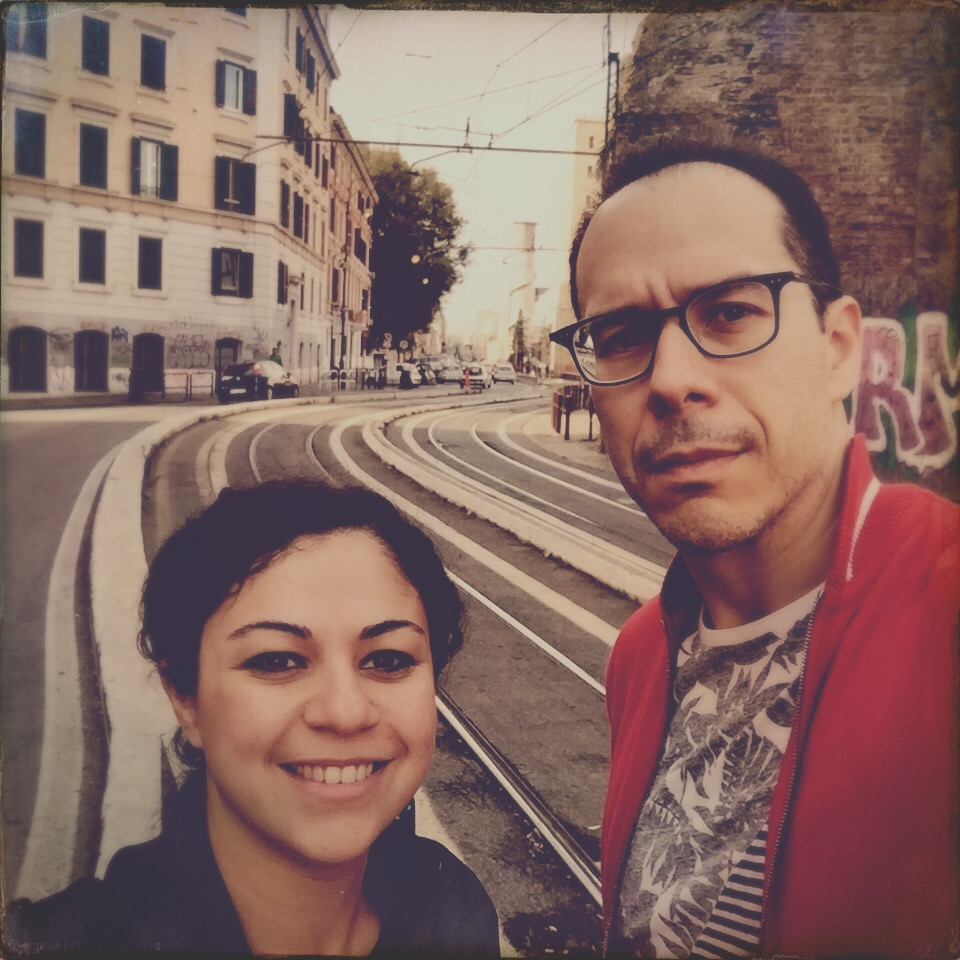 Elan and Jonathan & the ‘306 Hollywood’ Documentary

Reel 2 Real on November 27, 2018 0Likes At The Movies
ShareTwitterFacebookInstagram

Elan and Jonathan created a piece of history that was unforgettable when they found their grandmother’s remnants in the early 2000s. The pair dive deeper in the recordings and take us through the life of a 20th century woman. 306 Hollywood is the title of the film and was the address to their grandmother’s life.

ATM: What is it about this address that made it so magical?

Jonathan: We had the idea to transform an ordinary person’s life into something extraordinary. We had visited our grandmother in New Jersey our whole lives. This is not fancy and not Hollywood. When she was 83, we got the idea to interview her and we filmed these interviews. We filmed these interviews a few times a year. It equaled out to ten years. This became our whole visit with her. We asked about her life and questions we not normally ask. She grew up during the Great Depression and did not throw any object away. After she died, we went through out the tapes we recorded. We kept everything. We thought there was still life here and the people still feel like the present. We decided we wanted to use the language of magic and mythology to talk about this big life transition. What it was like to lose a love one. Throughout history people have used mythology, fairy tales, and magic as a language to talk about big life transitions.

Elan: We feel the magic and we feel the presence of our grandmother. Also, the presence of the people who lived here. When you use magical language to talk about their lives and bring them back. Also, to show amazing they really are.

ATM: While doing this longitudinal study of your grandmother, what different in your appearance the emotion for answers that really changed over the years?

We see this fan what transpired over the course of a hundred years. Putting her into this context is saying we understand the incredible quality of the fact we are all maneuvering and moving through these experiences. We are taking these experiences back into our homes. It teaches us about life and how we are intersecting with the wider part of the world, wider current events, and wider elements.  We can find this as a repository within one person and in the house.

Jonathan:   digging through her stuff we found pictures of her and a audio cassette of her of when she was really young as a young child and teenager. We found taped to her when she was 40 and 50 years old. Also, the recordings we did when she was in her 80s and 90s. We basically had a whole Archive of her whole life. We can see the whole transformation of her whole life and the past that she took. We also saw ourselves because as little children and teenagers and during our 20s and 30s.

We also went through our lives up until the point in the film. It was amazing to see the time of a whole family and the time of a whole century right in front of you and right inside of the house. It’s really cool that many people have the same experience.   Many people have all those things and those different documents objects from the past. This is because we all are form part of History and we’re going to show how old and every people are a very important part of History. It is not just the Rich and Famous who actually count.

ATM:  How was it Being from the present and looking back on the past? Keep in mind this is a time. I’ve never lived but you can sort of get the feeling of it.

Jonathan:  It was amazing. You go into an old house you see a lot of giving room wallpaper to the quarter plates and you can basically in the 1960s. Everything there is in the 1960s. You go to into room and go back you see the stacks of books and taxes from the 1940s it is like you are in this world for a moment.  Since we have these recordings of our family, we had the video cassettes.  It was as if we could hear the voices I can go sometime tonight.  We wanted to explore this because it was such a powerful experience.

Elan: The house becomes almost like a time portal.  If you walk back into a house and everything remains like it was, then you can

almost ask yourself how I am not walking back in time. This is how the house was 30 years ago. There was a great wonder to have this opportunity with a portal to another era and moment in history. This made us think how we look at memory, time, and what remains of the people that came before. Most of it still exist. How do we get access to findings that have come from the past? What can we learn from it? These individuals are what have constructed the present. You see the larger picture of history.

ATM: For a second, what if we did not have memory? What if every second of the present erased every five minutes? How determinable would this be to all of us?

Jonathan: This would be crazy. There is a person in the film who is the head of the Rockefeller archives. She just talked about the objects. She said, “If we did not have any of the objects from the past, then the question would be whether it existed. If we did not have memories, then it would be the questions as to how we got to where we are. How do we become who we are? It is important to remember our history. It is important to remember the history of people who are often no included in history. This is how we got to where we are. This is how we are and who we are in the present. It would be crazy if we had no money.

Elan: Another thing that was said at the Rockefeller Archive was that the objects prove they existed. We thought a lot about this. Especially, when looking at our grandmother’s toothbrushes and boxes of coins. It is not like the objects themselves truly matter, but it is simply to say all the things that remain of someone create a story of that time. They create the essential element. They were once on this earth living their lives and here are the remains and remnants of this experience. For us, it is this idea to discuss and find things that make up the larger picture of the population of the U.S. Not just the power or people who create history. We are looking at the ways to fund a more populous history. This was us doing this.

ATM: When did you see your grandmother more than the title of a “grandmother?”

Jonathan: After her death, we started to see her as a philosopher. We started to film in 2001. In some cases, we did not listen to the tapes like 10 or 12 years later. We needed to remember what she said. You see she had this philosophy about how to live life, accept things in life, how to deal with difficulties in life such as humor, accepting herself. The things she is saying were actually lived by my grandmother. It is not easy to live. The more time we spent with the tapes of and we investigated her life after she died, the more she became not just a role model, but like a philosopher.

Elan: There is a moment when we asked her to try on dresses that was wore in the middle of her life. This was in her 90s. She finally gets the dress on and sits in her chair. She sums it up with “Where does it put me as in life?” It puts me in this chair. We are all exactly where we have landed. The key is that life has gotten you to this moment. You tried to get to the best places and as far as you could to survive or sustain whether life gave you. The arrive is that you have arrived exactly where you are right now. The essentialization of life philosophy itself in this perspective was something so simply, that we need to accept who we are and go from there. It was simply with standing down looking at life and taking a perspective on a bigger picture.

ATM: Do you believe the life that remains in the objects get personified? If so, then why?

Jonathan: This is interesting. Objects can tell different stories. Sometimes people ask did we keep the things or throw them out. We made the film, so we can get rid of the things because we physically could not keep them all, it was too much stuff. We needed this process to make sense of it and to find stories into it. These stories would lead us to people. We had started making portraits of our family through their stuff. The dresses all come to life in a dance performance. There are moments where the objects felt like the personifying of our grandmother, grandfather, or uncle. It is different kinds of stories that come out of objects.

Elan: Are they really personified? No. It is an irony and interesting situation. You have this alive and breathing person. Once they are gone you are left with the most useless objects that you are trying to make sense of. The reason they take on importance is because there is this absence. It is a little of an irony that something meaningless becomes meaningful.

ATM: Why do we concentrate on what is wrong and not what is right?

Jonathan: This is a good question. It has to do with the storytelling structure. To tell a good story you usually have to create a problem and resolution. This is what keeps a story going. Think about love stories, which are about people falling in love or when they break up. This is the most intense moment because they make for the most intense drama. Our film talks about an extremely long period of time. It is about the consistency of love and how this love can shape your life day to day. This is important. This comes back to family and valuing a woman, a matriarch who would not normally be a heroine in a film. This is finding the value in the film and to recognize the ways we are all important.