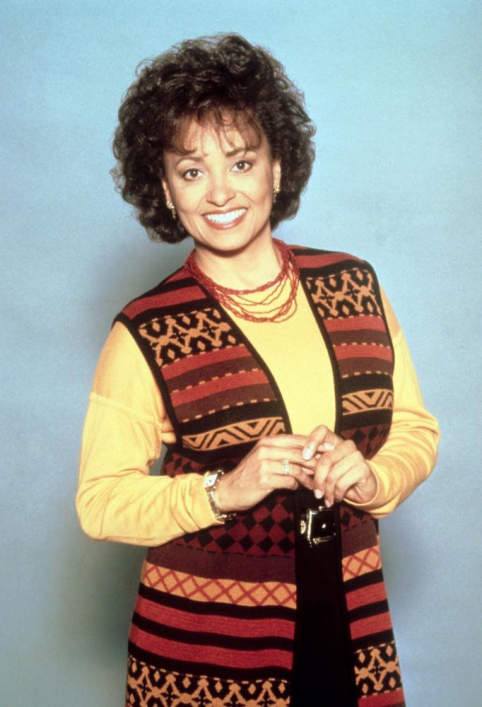 Uncategorized on December 19, 2018 0Likes At The Movies
ShareTwitterFacebookInstagram

ATM: Seems like you had already gained the trait of being self-reliant and having confidence. Some people come into the industry and do not have this, which allows them to get broken down easily in their emotions.

ATM: How would you describe someone who is wasteful of their God given gift?

DMR: It is sad. You are just here without a purpose. Hopefully, they will find their purpose. I do not judge. I learned not to judge from my mother. Everyone has to take their journey in their own time.

ATM: How did your character influenced the story line in the show Frank’s Place?

DMR: My character was the love interest to the main character Frank. I expressed a side of New Orleans that the writers and the creators were interested in.

ATM: Behind the scenes, how did you learn the mechanics of business for so long?

DMR: My husband and I created a studio in Virginia called New Millennium Studios. He created content. I understand the process that people go through to get a project done. I understand they do not have control if they give up control in what they are trying to say. I encourage people to be strong in their conviction of representing authenticity or drama. Be true to the word.

ATM: During the 1960s, how did the media portray a woman’s beauty?

DMR: There was a lot more freedom in what was beautiful. In the 60s, we went through a period of black people being beautiful. Beauty goes through cycles, and it is not always the same. You get to judge whether you agree with it or not because it is art. If you do not agree with it, then you do not participate in it. You do not live your life wondering about the judgment of what is beautiful. I have been told that I am beautiful. I do not live my life saying in the morning, “Hello, beautiful lady, how are you doing today?” I wake up knowing who I am and doing what I want to get done. If my beauty enhances what I am doing, then okay, if it does not, that’s okay too. It has nothing to do with anything but someone’s impression of what they think beauty is.

ATM: How do you feel you broke beauty barriers?

DMR: I did not. I was of my time. I was not trying to be something that they thought I should be. I happened to be a light skin black girl who was accepted to the white audience that they were catering to. I happened to be born looking this way. I was chosen to be this. It has nothing to do with me. I was still my mother’s daughter and someone trying to get through school. When the fashion changed, and I was not black enough for the industry, then I was not working. It was someone else’s turn.

ATM: The visibility of what is online portrays a different side of you than what I am getting.

DMR: And what is that?

ATM: I asked the previous question about you breaking barriers because there is an article online about how you broke beauty barriers.

DMR: That is someone’s judgment. This has nothing to do with me.

ATM: Talking to you now is very different than what I had read online about you.

DMR: You read people’s opinions. No one has ever asked me the in-depth questions that you are asking me.

ATM: They need to get asked. You are a part of Hollywood history.

DMR: Yes, they do. No one takes the time to do it. They are just not interested. They write something trife, and it is like chewing gum to them. “I have to get something on my column.” It does not matter what it is.

ATM: That is not journalism. What was your reaction when technology first emerged into society?

DMR: I tried to keep up with it, and I still try to. I work in Adobe Photoshop and InDesign. Technology is just a tool. I was using knitting needles and sewing machines as a tool when I was young. Now I use a computer as a tool. I do with it what I need to get done. The internet is a wonderful tool to get information.

ATM: Describe the stereotypes that got centered around you during and after winning the Homecoming Queen title at Northwestern University.

DMR: It was encouraged by my roommate to enter the contest. I had an idea what a Homecoming Queen was. I was trying to see my boyfriend that weekend. I was not interested in being the Queen. They elected me. They were shocked and not pleased that this little-colored girl had received more votes than the four little white girls. They kind of ignored it. They did not put it in the yearbook. I had to be at the homecoming game. I was pretty pissed because I wanted to be in Pittsburgh with my boyfriend. However, I did smile,and I had the wonderful pleasure of having JET magazine put my picture on the cover. So, my community shared my pride and this success.

ATM: When has race affected your life?

DMR: Race has not bothered me. I have been the first black to do several things. Race has sometimes not allowed me to do the things I wanted to do. I have been rejected for housing because of my race. I sued them.You do not just sit back and say, “Oh, God I am hurt.” I am not a victim. I refuse to be a victim. I will surely make a statement if someone is paying attention. I will stand in and do what I need to do, to bring attention to the matter. I was raised as an activist. My mother and I had been involved in the Civil Rights movement. I went to the March in Washington in DC on the Mall. I heard King speak. You either participate or sit on the sidelines and let other people participate. You reap the benefits of whatever they achieve. I still fight. I fight with my ballot and Congressman. I do what I can with the power that I have.

ATM: What’s your version of the qualities of an activist?

ATM: How do you feel when reporters miss valuable information in an interview?

DMR: I do not care about their opinions on me. They are allowed to have opinions. I know the person that I am. If they are writing something that is harmful to me, then I will question it. But they have a right to do it. This is journalism. You have a right to free speech. It does not change my life.

ATM: What shows intrigue you on TV right now?

DMR: I watch Greenleaf, which is a wonderful soap opera. My husband guest starred on it. It is a great drama about what goes on in the black church. There are a lot of things that they touch on. I also watch Queen Sugar. I am proud that black women are doing stuff and I want to support this.I watch House of Cards. I watch HGTV a lot because I like architecture.

ATM: Do you still speak Spanish?

DMR: (Laughs). Spanish is a great language to speak because it is Latin based. When traveling you realize a lot of other languages are Latin based. You can communicate with the people. I can understand Italian and Portuguese. They are all a little bit like Spanish.

ATM: Would you ever take a Spanish speaking role?

ATM: Oh, you said you did not like it.

DMR: They have Spanish speaking people who can take these roles.

ATM: How are you when you travel?

DMR: I am a nosey little lady. I like seeing other people live and expand my vision. I can do what I can to adapt some of their beneficial ways.

ATM: Do you feel there is much expansion with you in the industry outside of the role of Aunt Vivian? How did your surrounding of the people around you change once getting on television?

DMR: There is a responsibility to the public to take the celebrity that I have been given by virtue of playing this role. It is about using it to benefit someone. I try to benefit someone whose purpose I agree with. I get the perks of being a celebrity. It is something that you choose to use or not use, to live by, and to benefit from. It is a tool.

Some people thought I was awful. Some people liked the first Aunt Vivian. I did not care. I had a job and met wonderful people. My life did not change. The gift was being able to travel because I was a celebrity. Meeting people and going to the White House. These are things I would not get to do if I was not a celebrity.

ATM: Do you like Rembrandt? Van Gogh? What is your favorite art?

DMR: I like a large variety of art. I love Venetian art. I appreciate the new art that I see coming out by black artists. I try to support as much black art as I can because they do not get appreciated as much as other artists. I do not have one particular favorite artist.

ATM: D you have any upcoming or recent projects?

DMR: I have a mini-series currently airing on UMC, which is the Urban Movie Channel. It is called “Jacqueline and Jilly.” Victoria Rowell, who is a beautiful, writer, actress, and director made it. It is about an accidental opioid addiction. A prideful family has to deal with the fact their granddaughter is addicted to opioids.

This film is very timely with the opioid addiction going on right now in America. We got to express how one family could handle it. It is not a tell-all or an instructional manual. It is an expression of how one family handled it.

ATM: What is the process of going over your lines?

DMR: Different ways depending on where I am and how I am feeling. I read the script, figure out the script, and my interpretation of what I am supposed to represent. I read it again and then go to sleep. In my sleep, I go over it. I rehearse the lines out loud while at work.

ATM: How do you go over the lines in your sleep?

DMR: They are in there. They just mold over. (Laughs). I do not know how it is done. It just is. (Laughs). Thank you for your questions.They were different, and I appreciate them.