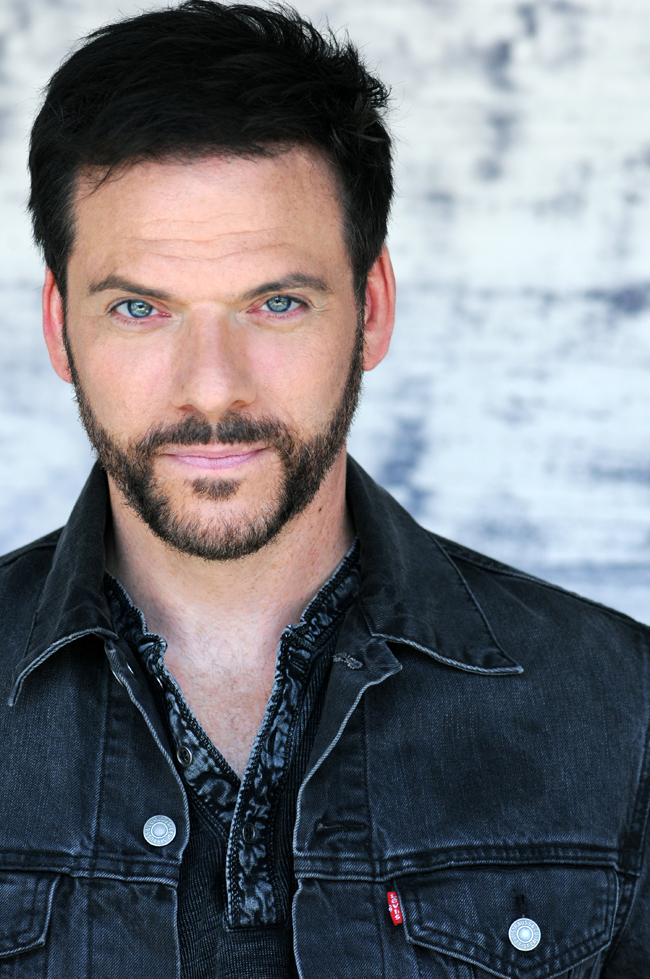 Interviews on December 27, 2018 0Likes At The Movies
ShareTwitterFacebookInstagram

ATM: Why do you feel this show Hawaii 5-0 deserved to get a reboot?

DK: Hawaii 5-0 is one of those shows that has everything going for it. There’s just so many elements involved: a procedural investigation, lots of action, lots of mystery, international intrigue, global conspiracies, diversity, the buddy partnership & banter, playing with time, strong relationships, and interesting dynamics between all the characters. And the location…so many possibilities given that it’s all filmed in Honolulu. And, it feels fresh because it’s not NY or LA or even “anywhere USA.” Also, the location being Hawaii opens the atmosphere to a world that audiences both love and want to be a part of. And it’s not all sandy beaches and surf; there’s a gritty underbelly to Honolulu, and the show takes the audience there too.

There can be large cityscapes and action sequences, plus remote and exotic locations. But most of all I think it comes down to the chemistry and the relationships between the characters, and the many, many directions the writers and producers take the show. They allow it to have lighthearted moments and silliness along with all the action sequences, drama, suspense, etc., but they also acknowledge serious issues that first responders deal with every day. Domestic violence was one of the themes of the episodes I was a part of.

ATM: What does the reboot entail about the appearance of police shows on television?

DK: It is a great addition. It a show that deserved a reboot. You have a great cop, first responder show. This is the heart of this show. It is set in Hawaii, and it is so much they get to do with it. This is what makes the show very special and unique. They have such a great and diverse cast. They have taken the genre and have made it its own. I do not think there is any show out there like it.

ATM: What is the difference in the landscape of LA, NY, and Hawaii that changes the atmosphere of this police show?

DK: There is only one Hawaii. There is something special and magical about Hawaii. It is exotic, beautiful, unique but it also the United States. It is grounded in an area that is familiar and that we know. A lot of people call it the United States. Where else do you have this? Nowhere. It adds a sort of backdrop to the show. There are not afraid to show the darker side to Hawaii. It is not all palm trees, ocean waves, and beaches. There is a real gritty underbelly to Honolulu. They have big city problems. The first responders have real urban issues that they have to deal with. The show ties these in all along the way. This could be terrorism, drug-related issues (drug dealing, drug smuggling, or drug addiction). The show capably tackles these things. There is poverty, and it has everything.

ATM: The man you were ten years ago, do you feel you were in the mental headspace to play your role now?

DK: That’s an interesting question. I think so, but it would have been different. The past ten years have had a strong impact on who I am as a person, and that informs how I portray any role I take on. I’ve had a lot of growth as an actor in the past ten years, including opportunities to play some amazing roles in TV, film, and particularly theatre, and those experiences influence how I portrayed Ray Gardner on Hawaii Five-0.

Ten years is a lot of time. I think for myself I have been very fortunate to play a lot of characters along the way — every opportunity you have whether you are playing the heroes or someone who is battling with their demons. Ray Gardner is battling with his demons. Unfortunately, takes it out on the people around him and the ones he loves the most. This gives you a lot of insight. As an actor, every character imprint themselves on you in some way. This becomes a resource that you can use in the next project.

ATM: What have you learned about life in ten years? Who were you ten years ago?

DK: Like with anyone, ten years of time comes with lots of life experiences, professional experiences, knowledge, maturity, confidence in who I am and perspective. The biggest change in my life over the past ten years is that I’m now a father of 2 boys, and that absolutely shifted my life and perspective in so many ways, and ultimately informs and permeates the characters I play.

ATM: When did it become more about what you can contribute to your character than just playing a role?

DK: In whatever medium you’re acting in, it’s all about the process of collaboration. There are so many people involved who have so much at stake, and as an actor, you are one of many people helping to tell a story. There are the writers, the director, and other actors. But also, there’s the DP, the camera department, the grip and lighting teams, and the sound recording all working to frame the story. There are the set designers, the make-up & hair artists and the wardrobe stylists that shape the visuals. There’s the editor, the sound mixer and all the post-production that goes into craft how this one story will be seen. In my opinion, it’s all about working together to tell the story.  As for what resonates most with me when I’m watching something be it TV, film, or theatre, it’s honesty and truth. I was very fortunate to work with such high caliber talent on Hawaii Five-0 — working first with Peter Weller who was directing, and then with Alex O’Loughlin as he made his directorial debut this season. They’re both such accomplished actors, and as directors, they speak an actor’s language. It’s a pleasure to work under those kinds of circumstances – they were always driving for truth in tackling some very intense scenes, and some very important issues’ including violence against women.

ATM: How do you immerse yourself in an atmosphere with the other actors on this show?

DK: For me, it’s all about the preparation; the work you do before showing up on set. If you come to work prepared, knowing what you want to accomplish and have a strong point of and you can balance this with a willingness to adapt — to take what the director and other actors are giving you — then you can be fully immersed. If I’ve done all the hard work before filming, it’s just a question staying focused and engaged and responding now to what I’m being given.

During a big confrontation scene between me and Scott (Caan), I came in prepared, I’d done my homework, so I could let all that work go, and just exist in the scene. It was a night shoot, and Alex had all these great ideas and insights into the character. I took what I could from those ideas and just played them as honestly as possible. We went through some basic blocking, and then Scotty and I just worked the scene. He’s so good and so committed to his character, it made my job a lot easier. The scene evolved with each take, and it resulted in it being one of my favorites from that episode.

ATM: In being an actor, how do you not allow your male ego to take its course?

DK: While you wouldn’t know it from the characters I tend to get cast in and play, I’m a very down to earth person in real life, so it’s not an issue. I do think you have to have a healthy dose of ego and confidence to do anything well, be it acting, directing, writing, cooking, teaching, curing cancer…you get the idea.