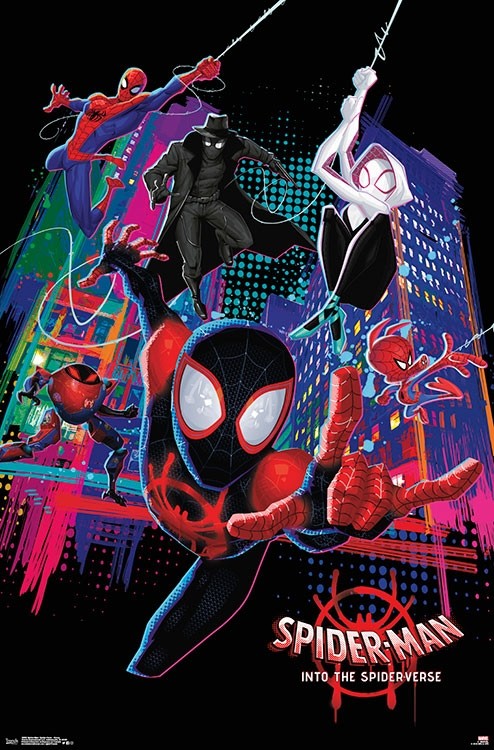 Review: ‘Spider-Man: Into the Spider-Verse’

Movie Reviews on January 6, 2019 0Likes At The Movies
ShareTwitterFacebookInstagram

Columbia Pictures along with Sony Pictures Animation and Marvel bring back the friendly neighborhood Spider-Man to the big screen in Spider-Man: Into the Spider-Verse. However, this story of Spider-Man is told in beautiful animation along with comic book panels and page turning effects in order to give viewers the feeling that they’re walking into a comic book story.

While most Spider-Man films introduce us to Peter Parker being bit by a radioactive spider, the film’s protagonist is an Afro-Latino boy named Miles Morales. Miles struggles to fit in at his new elite boarding school and has dreams of pursuing in street art. However, while doing graffiti in an empty subway station, Miles is suddenly bit by a radioactive spider and develops spider-like abilities overnight. Miles investigates the subway station to find the spider that bit him. This investigation opens a whole new world for Miles, as he learns he is not the only spider person in his world.

The film takes an interesting approach on the classic Spider-Man story that many audiences grew up watching on the big screen. Other Spider-Verse characters introduced include Spider-Gwen, Spider-Man Noir, Spider-Ham, Peni Parker and SP//dr, and of course the classic Spider-Man himself. Despite being animated, the film did a very good job at adding diversity in the characters as well as each character having their own story as to how they became involved in the Spider-Verse.

The film has gained praise on its unique animation style. It recently won a Golden Globe for Best Animated Feature Film among other titles including Incredibles 2, Isle of Dogs, Mirai, and Ralph Breaks The Internet.

They Are the Satanic Temple and They Are Mad as Hell

‘SPIDER-MAN: NO WAY HOME’ Review: Tom Holland Puts The Cherry On Top Of His First Trilogy