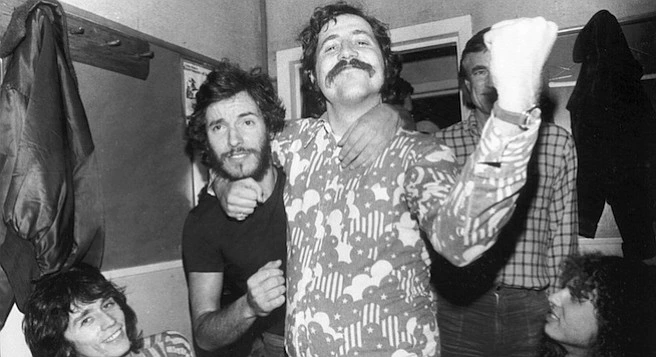 Scott Crawford Takes Us Through Music Journalism with His Documentary

Reel 2 Real on April 12, 2019 0Likes At The Movies
ShareTwitterFacebookInstagram

During the 70s, Rock N’ Roll music was climbing the charts. This genre of music has been documented in the film Boy Howdy! The Story of Creem Magazine for its raw style of journalism.

ATM: During the 70s, how was Rock N’ Roll music represented by the media?

ATM: What is amusing about reading the raw perspective of something?

SC: Creem was a mainstream music magazine on the newsstands. It was right up there was Rolling Stone. It had much more of the fan zine approach. It was because of the music, aesthetic, style, and value. It had the approach of the hand that feeds when it came to covering music. If they hated a record, then they would let you know. Certainly, if they loved a record, then they would let you know. I am not singling out Rolling Stone. There were other magazines out at the time that was not that brave. This is not the standard operating procedure. There is this understood agreement between magazine publishers and recording labels.

It is kind of a “We will buy a full-page ad if you give our band a great review.” I am not saying these words were spoken, but it was a fun set thing. Creem never bought into this. You might find a band as the front inside cover getting trashed in the record review section. They were unapologetic about it. On top of this, the captioning was very bratty and funny. They did not take themselves seriously, but they took the music seriously in the way they reviewed it and how passionate they were about covering it. They had a sense of humor that was unlike any other magazine.

ATM: Do you feel as though the mission stayed in how it was foreshadowed or changed along the way?

SC: It evolved, especially after the publisher passed away. Some of the other writers that were an intrinsically part of giving the magazine a next time edge. After moving on it maintained its self-sense of humor and its editorial approach. After the publisher passed away, it was sold a few years later to another publisher. The magazine moved to LA and never recovered after this.

ATM: What style of writing being expository, descriptive, narrative, or persuasive, do you think you can best represent the CREEM magazine?

SC: This is an odd question. I am trying to figure out how to understand it. Creem was the first time you saw the writer inject themselves into the review or story. If they were writing a 5000-word narrative piece on someone, then a big portion of this story would contain the writer’s own experiences. It was the first time we had writers inserting themselves into the story. They were not just telling you about the artist. They writers themselves were experiences as they were writing the story. They were a character in the narrative.

ATM: So, a persuasive writing style.

ATM: When the writer injected themselves into the story, do you feel it was an equal level with them and the subject?

SC: For sure. With Creem, there was not a lot of distinguish between the artist and the writer. They were one and the same. In some cases, the writers were as well known as the artists that they covered. It was back and forth. I am not saying this for every writer. They were right there with them and at the same level. One of Creem’s goals was to knock rock stars off their pedal stools. This was one of their missions and showed they were like the rest of us.

ATM: Is this technique still used in music journalism to show a balance?

SC: Maybe. I was a music magazine editor for years. I have done a lot of reading, writing, covering, and documenting this music. I do not spend a lot of times these days reading it. The Creem spirit is still alive and well in the music criticism today. The bratty still exist, but it is different. There is some brilliant music out there.

ATM: What was so intriguing about being a music editor versus being a fashion editor?

SC: Music is what I know. I do not know about fashion. I only know jeans and T-shirts. This is the extent of my fashion knowledge. When it comes to music, it is all I have known my whole life. It is a big part of my life. When running my magazine, I had a goal to work with these writers that I read as a kid. I worked with several them in interviewing them for this film.

ATM: Through the journalistic writing for Creem, do you believe the reader could feel the writer’s passion?

SC: They can feel the writer’s passion for sure. I had read reviews that have allowed me to listen to music in ways I had not to listen to before. This was because of the writing. Even if they hated a record, then you still walked away with something. These were passionate people. Music was fun and games on the one hand. On the hand, it was worth fighting over. It was like let’s figure out what works and what does not. These were the things that took place in the newsroom. This was Rock N’ Roll, and they took it seriously.

ATM: So, your previous magazine was in DC?

ATM: You are from DC?

SC: I grew up in Silver Spring. Right over the DC line.

SC: I lived right in the neighborhoods there.

ATM: If Creem would have continued today, then how would this have changed the ways Rock N’ Roll is presented by a journalist?

SC: The Nyquil is killing my brain cells.

ATM: Why did you not take a Dayquil?

SC: I should have done this, but they were out of it. Creem could arguably get held for a lot of artists careers. This could be with Kiss. If they loved them, then they loved them. These were the champions. This would have continued, and they would have continued to be a defining role in artists careers. I do not think it could exist today because of the media landscape. It is so different.