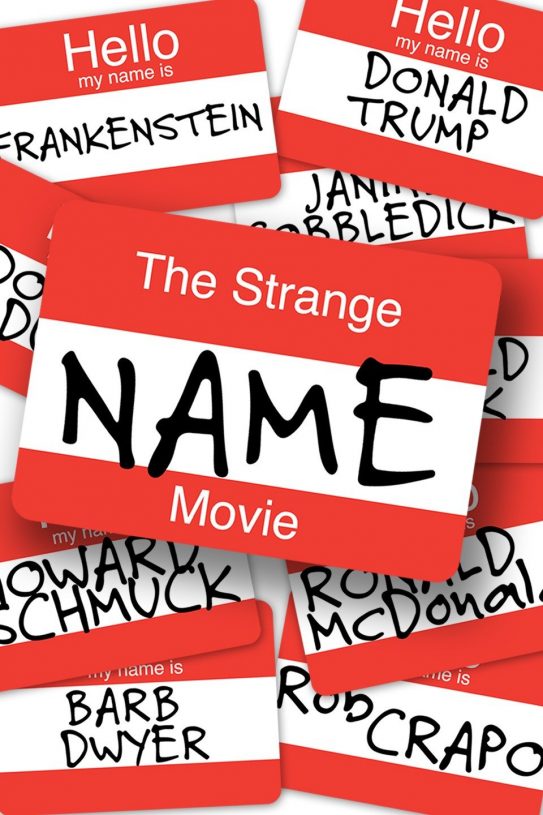 Reel 2 Real on June 25, 2018 0Likes At The Movies
ShareTwitterFacebookInstagram

Boston filmmaker Richard Tilkin  took a chance on a film that has never been done before. He directed the Netflix original film The Strange Name Movie. He strived to find people with unusual {strange} names. Some people were very reluctant to take him up on the opportunity and some agreed. Tilkin talks with us about the film and a few inside stories while on set.

ATM: Your film on Netflix was great. At times it was sad, witty, and intriguing. When did you gain the idea for this type of film?

RT: I have had this idea for a really long time. When I would run into people with provocative or strange names like Cobbledick. I would wonder what they do when they meet people. How do they introduce themselves, say their full name, or apply for a job? What do people presuppose about them once they send their resume about their name before they meet? Is it even fair? It took 7 or 8 years to get it off the ground and running. I was shocked that no one had done it. I was working on this film while working in between other projects.

ATM: If you had a strange or less than common name, then how would you feel? Were you able to empathize with your participants?

RT: Yes, everyone feels insecure about something. I have a lazy eye. So, I felt insecure about this during school and as a child. A participant in the film named Ronald McDonald had to transfer to 15 schools. The children would laugh while teachers mentioned his name at roll call for five minutes. This has an impact on a child’s development with their personality. It is interesting how some of them dealt with it. It made them have quick comebacks and become witty. It helped develop their personalities into careers such as salespeople and comedians.

ATM: How did you gather the participants for your documentary?

RT: It was harder to convince them to actually participate than to find them. Why would someone want to talk about their name if they have been harassed most of your life? Why would you want to be in the film? We attempted to call a lot of people, but we got rejected 99% of the time. People would hang up on us. They would think it was some prank.

ATM: Let’s pretend I am one of the people you called. Ready. Set. Go!

RT: I would say my name and that I was calling from a production company in Boston. I would try to sound as legitimate as possible. I would continue to say “we are doing a documentary about people would interesting and unusual names. Your name came up and we are interested in talking to you about it.”

ATM: I can see why they hung up. You sound like a telemarketer (laughs).

RT: There was a woman with the last name Cunt. This was how it was spelled. One of the secretaries called and oh boy did she get an ear full from her.

RT: It was difficult. The people that agreed to be in the films felt it would be fun and they agreed to do it. You saw Paul McCartney and he was boasting in front of the camera. He is funny.

ATM: Yes! He talked about how he went to Disney. No one thought to Google and look at the images to see it was not him. Everyone just went with it!

RT: That had to be a long time ago. Probably before Google.

ATM: I would agree because that would not work today. Today, if it is someone with the name Leonard DiCaprio, then I feel someone would most definitely use Google. One scene that was funny to me was when one of the short Asian participants walked into the restaurant to say he was Donald Sutherland. They looked at him with the expression of “yeah right. You got shorter in the film”.

ATM: How did you respond to their funny stories?

RT: I did not want to make fun of these people. It was a fine line. One of the guys in the film was a comedian and he did a bit on every name in the film I decided not to use it. I felt it was setting them up in a way. Here they are pouring out their heart and telling their stories. I wanted people laughing with them and not at them.

Tilkin is currently still working within his film production company. He wants to also continue to find ideas that have not reached the surface in the media. This makes his film different than most. He created this film to show a humorous side to a serious and embarrassing topic. The Strange Name Movie is currently available on Netflix.