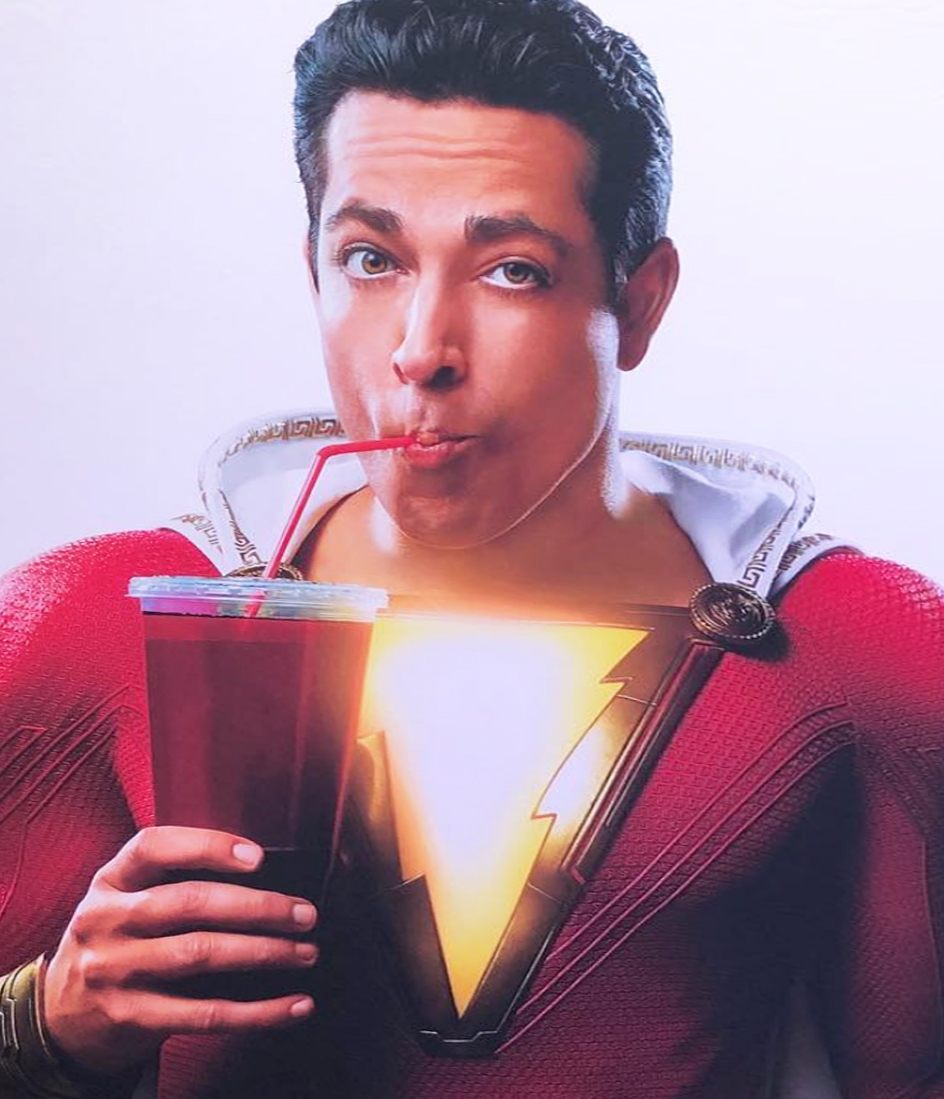 Movie Reviews on April 15, 2019 0Likes At The Movies
ShareTwitterFacebookInstagram

It’s hard to deny that comic book superheros are dominating Hollywood today. But if you thumb through a comic book archive and take a look at the first publications of many of those heroes, by modern standards they would likely seem a little childish at best and plain silly at worst. Shazam relates to a modern audience while paying tribute to that original corniness.

In modern Philadelphia, Billy Batson is a troubled, stand-offish foster child who keeps running away from foster homes to try to find his birth mother. He is taken in by a couple who run a group home with five other foster children. While adjusting to his new family, he is transported to another dimension where he is greeted by Shazam, the last of the Council of Seven Wizards.

Shazam has been searching for centuries for a pure-hearted champion to transfer his power to. But now that the Eye of Sin has been stolen, he has run out of time. He gives his powers to Billy, thereby allowing him to transform from a kid into an adult superhero by pronouncing the name “Shazam.”

The movie throws you off by beginning with the origins of the villain rather than the hero. It actually takes you a little time to figure out which is which. This highlights a central theme in the movie. The wizard spends years searching for a “pure” individual to give his power to, when in fact the line between a hero and a villain is much thinner than that. Becoming one or the other is a far more complex process than just saying a magic word.

Zachary Levi, who plays the magical adult version of Billy Batson, gives a uniquely convincing performance as a self absorbed young kid inside a grown man’s body. The film itself does an excellent job of meshing a child-like sense of fun with mature themes and an engaging story line. Billy Batson’s journey from a boy that uses his power for fun and games to a true hero runs parallel to his journey to discover what true family is.

The realistic depiction of Billy Batson as a troubled foster kid blends the child-like silliness of the original comic books with some of the darker aspects of adolescence and coming-of-age. The end result is an electrifying combination of action, humor, emotion and fun.