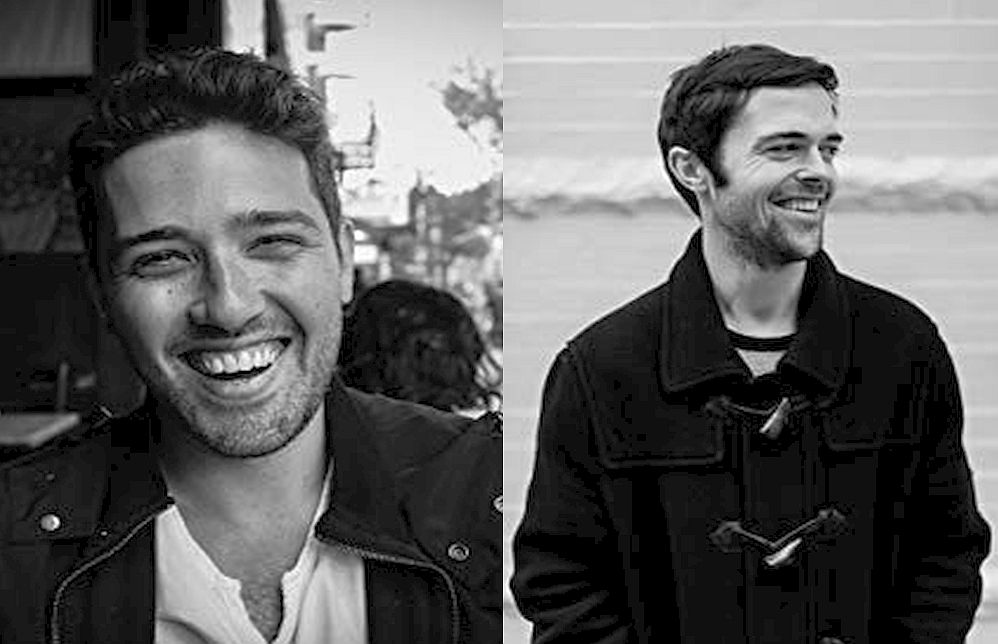 Reel 2 Real on September 19, 2019 0Likes At The Movies
ShareTwitterFacebookInstagram

With Villains directors and writers Dan Berk and Robert Olsen have created the most original comedy-horror movie to come along in years.  Viewers never quite know what to expect.  While one scene will have them biting their nails another scene will have them laughing out loud.

What are the components of a great movie?  “I think that the great part of movies is that (whether they are good or bad) is subjective,” says Berk.  “Different people like different kinds of movies. I know I like great movies, but I also like bad movies because sometimes it’s fun to watch a bad movie. That’s what’s great, no matter what, if everybody hates it, there will probably be at least one person who likes it.”

In Villains, two misfits named Jules (Maika Monroe) and Mickey (Bill Skarzgard) only want to make one last robbery in order to get the cash they need to start a new life in Florida.  Unfortunately, they forgot to get gas at the convenience store they just robbed. Out of gas and out of ideas, they break into a house to steal a car.  Little do they know that the owners of the house have a dark secret.

“It’s not like either one of us run into a room yelling ‘eureka’,” answers Olsen when asked who came up with the original story line. “We had the element of young Bonnie & Clyde. Then became the questions of what do we want to do with this? Who is this antagonist? What if it is the bizarre world of a couple who have their own past?”

George and Gloria are that couple. Gloria (Kyra Sedgwick) is a sweet-as-pie mother who wants from Mickey what her husband can’t give her.   George (Jeffrey Donovan) gives a stellar performance playing a southern gentleman who will do anything to please his sweet wife.

How did Olsen and Berk manage to make four despicable people so loveable? “As well as being bad people they are grounded in their love for each other,” answered Berk.  “(Love) It’s a fundamental human element. When you have that elevated you can have other kinds of elements in the movie.  We had to make these people as despicable as possible for their love transgressions to be acceptable.”

“We really lucked out, “said Olsen about the cast. (Bill Skarzard is riding high on the success of “It” and “It Chapter 2”.  Maika Monroe has appeared in several high grossing films including “Independence Day: Resurgence”.  Jeffrey Donovan has starred in many hit television shows including “Fargo” and “Burn Notice”. Kyra Sedgwick won a Golden Globe for her role in “The Closer.”)

“This was our first time with talent at this level and we didn’t know what to expect. These are people use to being in gigantic movies and we are a small independent company. How would they react to our rinky-dink movie set? Are they going to feel they are not being taken care of? They (the cast) are all down to earth and easy to work with. They brought their own ideas to their characters. They are all humble, hardworking, collaborative people.

Part of the charm of Villains is the set and the lighting.  It looks like the house and the couple walked out of the 50’s and into a movie that was filmed with 70’s technology. “Any success is completely the result of the cast and crew who came together to make it work, “says Olsen.

“Matt Mitchell (Director of Photography) is responsible for the look and feel of the film. Matt came up with all the weird lens choices and color palette. We were very comfortable putting our trust in him and he hit it out of the ballpark.”

“(Production Designer) Annie Simeone and her team gutted the house and brought in all of the wonky furniture and made it look like it was sort of stuck in the 50s.”

“Stacey Berman (Costume Designer) came up with George’s ascot and basic costumes. We gave her a broad mandate of what we wanted. We wanted it to feel non-specific but iconic.”

“David Ketterer (1st AD) is of particular importance because we shot the film in one location.  But all those people, staff and equipment had to be there.  He was the one who decided what would be needed for each shoot and where stuff would be stored when not in use.”