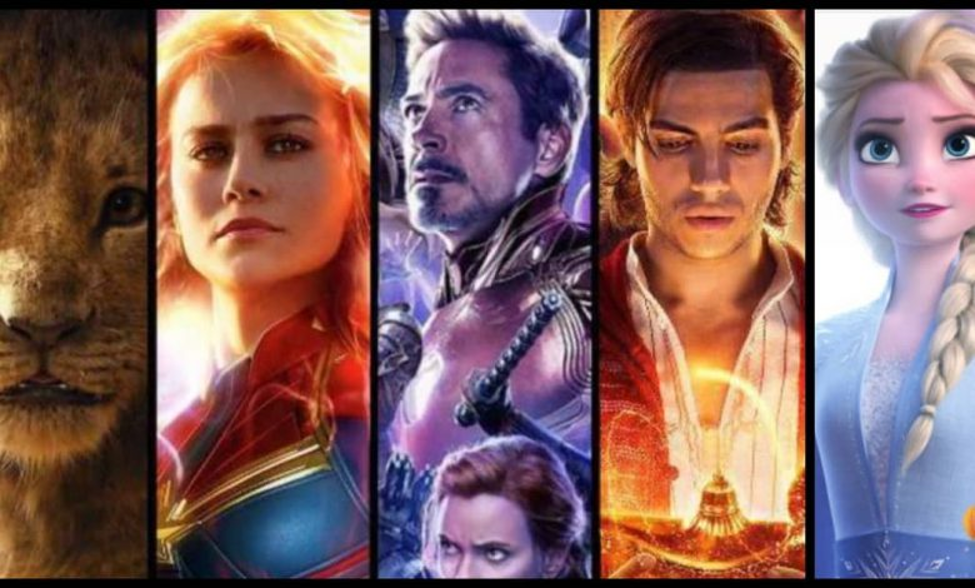 Once upon a time, Disney was at the bottom of the totem pole when it came to the film business. It was puny in respect to the other giants at the time such as Warner Brothers and Paramount before the start of the decade, and most of the company was based for the sole purpose of entertaining families with Mickey Mouse and friends. Ten years ago, we would be talking about beautiful Pixar productions such as Toy Story or Up. Now? Disney has defined the box-office with some incredible films and has become one of the biggest companies, if not the biggest, in the film industry.

Somehow since 2012, Disney has been on top of the box office every single time (with the exception of 2014) with some gargantuan films that people have been begging to see due to the successful and intriguing franchises they learned to capitalize on.

In 2006, Disney bought Pixar, which has gone on to produce some beautiful and emotional animated stories. In 2009, they bought Marvel. 2012, they bought Star Wars. And last year, they purchased 20th Century Fox. All of these purchases pushed Disney to become the king of the box office and this past year they had a killer’s row of blockbusters that allowed Disney to become the 1st studio in history to accumulate 10 billion dollars in one year. It is officially 13.2 billion dollars, something so absurd that this record may never be touched again (unless Disney pulls something out like this in a future year or another studio can pull all their tricks out of the hat).

Disney has followed in the footsteps of companies that surged to great heights such as Amazon or Apple. These billion-dollar (or trillion-dollar for Apple) companies ascended the mountain because they sought to incentivize how the public would utilize them moving forward. Whether it came to desires or creativity, they brought their A+-games and took advantage of the market as we move further into the 21st century. Why do people rely on them so much nowadays? They’re reliable, profitable and seek to expand further.

Disney’s historic year had monumental records in 2019 alongside the official purchase of 20th Century Fox. Seven of the ten highest grossing films last year were distributed by Disney.

Avengers: Endgame made history, grossing 2.8 billion dollars and became the highest-grossing film of all time. The Lion King and Aladdin live-action remakes made over one billion dollars. Toy Story 4 and Frozen 2 surpassed one billion while Captain Marvel made over 1.1 billion. And Star Wars 9 finished off the year with over a billion as well (even if it was a gigantic disappointment to a conclusion of a 40-year-old franchise).

These were highly anticipated films the world waited for, especially for Endgame and the Lion King remake. People were invested in these stories because they appreciated the setup and the conclusions that most of these films make. Heck, several of these were sequels or remakes that remind us the audience will still show up for them if they enjoyed the ones before it.

Now that Disney fired off everything in their holsters from last year, it seems as if its time for a clean slate. Will that impact their performance this year and in the future?

This year, they will be releasing the live-action remake of Mulan, Jungle Cruise, Onward, Soul and Raya and the Last Dragon. Marvel will release Black Widow and the Eternals. These don’t sound like mega-hits on paper, but they could pull some surprising numbers when the films do eventually release. It’s more like Disney released its entire canon last year so they could spark a severe interest in their new streaming service, Disney+.

Disney has some competition this year to look forward to such as Wonder Woman 1984, where its predecessor earned a huge amount domestically. Fast and Furious 9 may slay the worldwide box office come summer as well. There is a possibility Disney may not have a one-billion-dollar grosser this year, even if they do win the market share competition with all the titles being released.

In 2021, Disney is going haywire with four Marvel Cinematic Universe films (yes, we count Spider-Man 3 since Disney owns 25% after the recent deal between them and Sony) and James Cameron’s Avatar 2, the sequel to the former highest-grossing film of all time. We can definitely see these films become juggernauts in the grand scheme, but will they reach the heights of Endgame, Lion King & Aladdin remakes or Star Wars 9?

Other studios between now and 2022 are going to throw some fire in Disney’s sunlight. Universal has two Fast and Furious films, Jurassic World 3 and Minions. Warner Brothers has several superhero films and Christopher Nolan’s Tenet. Sony also has more superhero films of variety to offer with their own universe.

Competition these days can learn fast from those that reside at the top of the mountain. If they can battle with interests over nostalgia and pop-culture, they will settle for something worth admiring. Disney is in a hot seat and they will have to escalate to a game of one-upsmanship in order to preserve their position with these studios.

Sure, we may be looking into this too hard and Disney will pull delightful numbers when each film releases. In practicality though, some of Disney’s lust may have worn off with the audience and they will seek to entertain themselves with other studios and streaming services. We will see as we continue to venture on in a brand-new decade.