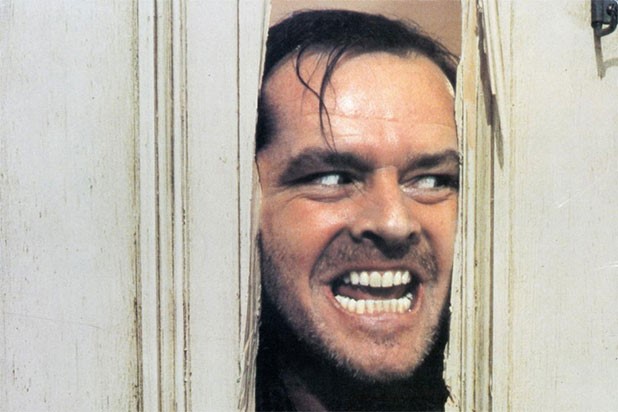 Forty years ago (May 23, 1980), Warner Brothers released a psychological horror film that is praised as one of the most significant horror films of all time. The Shining was an understanding of how a man’s sanity began to deteriorate due to the influence of supernatural forces within the setting, the Overlook Hotel, putting his family in danger. It also explored a psychic ability called “the shining,” allowing the young boy Danny to see the horrors the hotel has experienced in the past. Director Stanley Kubrick changed quite a few details when adapting Stephen King’s novel but reinvigorated the direction and gave life (literally) to this masterpiece.

Crafting any horror film needs a balance between atmosphere, tension, and mystery. It is rare nowadays to find a movie in this genre succeed at incorporating all these elements (since most abide by one of them and forget the rest). The Shining is unmatched because it does not just stop being a superb horror film. No, it takes the ball and allows you to chase it further, pushing one to become fathomed at what details Stanley Kubrick brought in this feature. In almost every scene, there is an ambiguity that forces us to question Kubrick’s direction. If any film leaves itself wide open for a discussion, it will be remembered for decades to come.

It becomes more and more inevitable throughout that some danger will come thanks to the visual cues, the incredible (yet chilling) music, and the stellar performance by Jack Nicholson. Whether it is from the knives, one sees over Danny’s head, or the time Nicholson’s character spends away from the rest of the family, the danger is imminent. The music contributes to this factor wonderfully that it builds tension to sustain throughout the film’s entirety.

Don’t believe it? Watch the opening scene of The Shining (which can be found here). What could be an excellent tracking scene showing a yellow Volkswagen driving through the beautiful mountains towards the central setting is amplified substantially by the music’s eeriness. A low melody becomes coupled with a mix of human voices and shrills. It is so witty and unsettling that it instantly tells one the ominous tone of the film. There is an evil awaiting, and it rattles the audience every time they evaluate this motion picture.

There is so much vagueness in this film that it becomes open for significant interpretation. Historians and many other filmmakers have investigated Kubrick’s work repeatedly, and still cannot find a definite answer. The film never tells us what “the shining” is (other than a form of communication). Nobody knows when Jack finally snaps or how much he hallucinates. We are uninformed of what the timeline is. Heck, we don’t even know if the hotel is magical. It’s so intelligent because Stanley Kubrick is a genius. He lures us in and keeps us intact for the whole film.

Many think he is trying to talk about the Native American genocide, the Holocaust, or even the moon-landing conspiracies. He has a wild obsession with numbers in the film, such as 12, 21, and 42. The spatial awareness of the hotel is also questionable, as there are some wild inconsistencies throughout. Then again, it all deserves a significant discussion as this film is just flawless. If anyone is captivated by this work, they should check out the documentary Room 237, which delves even further in The Shining and hints at a vast thematic oeuvre.

At the end of the day, The Shining will go down as one of the greatest horror films in existence. It is so potent with its real, sophisticated space that we virtually come to inhabit it. The Overlook Hotel is a palace of paradox, where time and reality are just uncertain to the viewer. Kubrick ensured his perfectionism by producing the most artful horror, and it will remain with us for generations to come.

Comcast Releases a New Film for Thousands to Watch