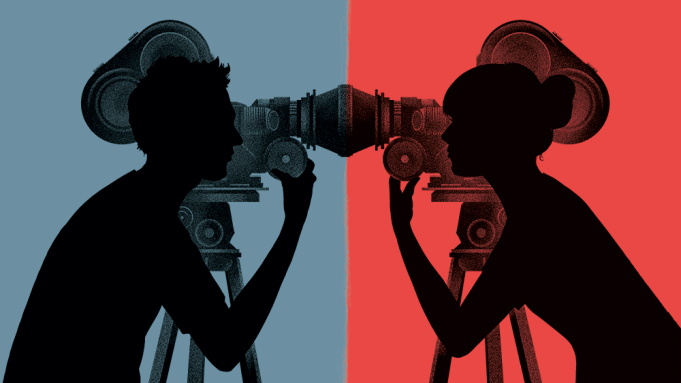 The Reel Truth: Is Film School Worth It?

Spotlight on July 14, 2020 0Likes At The Movies
ShareTwitterFacebookInstagram

Many people often wonder if going to film school is worth it because the truth is, you do not need a degree to get your foot in the door. With college tuition and fancy lab fees, it has people wondering if entering the industry and gaining real-world experience is a better and cheaper option. However, this can be a frustrating decision because you want to give yourself the best skills and education. It comes down to the individual, and what is the best path for them. How do you learn best and what financial situation are you in? Can you move away from home or do you have obligations keeping you where you are at? Every person will have their reasons. It is al about weighing your options and knowing what path is right for you.

Like many college degrees, you graduate and realize that school did not prepare you for applying these skills in your field. Will film school actually prepare you for working in production? Many suggest it depends on different factors, such as where you choose to go to school. Some schools are very well equipped with cameras, editing software, and instructors that still work in the industry. They teach you the techniques most commonly used and help connect you with film companies so students can see the real-life application of the things they are learning. This can be beneficial for the film student who is going to graduate and enter into their field in a higher position than someone who has been working at it for years. However, there are also schools that hire instructors that have removed themselves so far from the field that what their teachings and the tools they are using do not apply to the industry. This is often a waste of money and forces students to try more education when they cannot get a job in film, and then they will end up becoming film instructors as well, continuing the brutal circle of endless education with no payoff. Quentin Tarantino claims that” Trying to make a feature film yourself with no money is the best film school you can do,” and there is a valid argument that going directly into working on film sets will teach you real-life skills faster and cheaper than going to school can. Eric, the executive producer/director from AH 100 Entertainment in Atlanta, told At the Movies that it is often challenging hiring film students because the skills they have learned from school conflict with the skills actually needed for the job. Eric mentions that film students often come into the industry with these preconceived notions that go against the direction of the producer or the director of the film. In other words, they have a harder time taking direction rather than listening to the person paying for the film or the person in charge of making a film. This could be fixed by film students changing their mindset that what they have learned in school is the only way to film. Students must do what they are told to do when working in the industry, although Eric says that a creative suggestion is never condemned, but it is ultimately it is up to the directors and producers of the projects. He made sure to clearly state that he is not trying to deter anyone from going to film school if that is what is best for them, rather these are the problems he has noticed while working in film. Eric’s company is working on two large projects, a movie, and a TV series, and would know what works best in the industry. With all this in consideration, everyone’s path when it comes to knowledge about creating a movie or series is different, and it depends on the individual in how they gain the knowledge and how they execute it

Getting the Most out of the Money Spent

ATM speaks with to Daniel from LemonLight; another film company based in Atlanta. Daniel is a graduate from Full Sail University with a film degree and believes it has helped him with his success in the industry. Full Sail has an amazing film department and Daniel suggests that doing your research on different film programs is integral to a useful film degree. Tour the place, see what your teachers have achieved in the industry. It is also important to note that you do not have to go to a university to get your film education, there are many smaller programs that are cheaper and will teach you just as much. Some film programs will teach you nothing applicable, however, as Daniel suggests, some can help you break into the film industry. When you find the right school/ program for you, Daniel suggests that film school also gives the students some advantages over someone that goes straight to work. Film students can make mistakes in a safe environment without having to worry about their career taking a turn for the worst. You can learn the ‘dos and donts’, what techniques to use, what equipment you need without having the public judge you for it if you make a poor decision. While also being able to make mistakes, you also gain connections in the industry before you even get your foot in the door, allowing most people to have many options upon graduation. Daniel does admit he gravitates towards film students but also takes experience into consideration when hiring people for his company. He also suggests that his experience in film school taught him what he needed to know, and upon graduation, was prepared to enter the movie world. Daniels’s success that he gained from school speaks for itself as he now the founder and Chief Creative Officer of his own company with a very extensive portfolio.

At the Movies also reached out to Aga Shrodzka from Clemson University. She works in the film department and suggest that a film degree offers students more than just the basics. When asked what Clemson World Cinemas program teaches students, she responded by saying,” World Cinema program offers a blended theoretical/practical curriculum that will familiarize students with the main trends in contemporary screen culture as well as the historical trajectory that led to the culture’s formation.” She stresses the importance of students learning the history of film to work better in the industry and understanding the fluid and ever evolving nature of film. She also mentions many of the skills the Clemson gives teaches their students in order for them to gain real skills applicable to the industry such as,”…great communication skills, ability to work in teams towards deadlines, experience of planning, executing, and assessing a project, great analytical and research acumen, and above average flexibility and work ethic.” Clemson also does a lot to connect students to the film industry and help them gain experience before graduating. Aga mentions that they place their students in internships and offer on campus programs that teach students media production. There are multiple tools many schools offer students but ultimately, it comes down to the student to take advantage of the opportunities before and after graduation

Film school is what you make of it. You are going to spend a lot of money, so make the most of your experience by making sure it is going to give you the tools you need to make it. Use your time at school to make all the mistakes you can and learn what you need to do to become and remain successful. However, if you do not have the money or the time, it is perfectly reasonable to go straight into the industry or go to a smaller program. You can’t make the same mistakes, but you know you will be receiving the real-life experience. It really comes down to the individual’s resources and personal needs. Film school could help someone become successful while wasting someone else’s time. You must weigh the pros and cons and decide what is best for you. Do your research, know your goals, and work towards them. It does not matter the path you take, as long as you make it past the finish line.