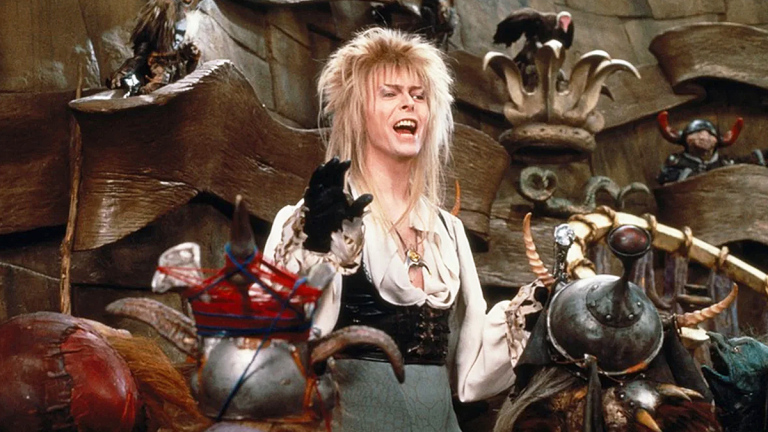 Getting Lost in The Labyrinth

Spotlight on June 2, 2020 0Likes At The Movies
ShareTwitterFacebookInstagram

The Challenges of Making a Sequel

It is time to break out your old David Bowie CD and to hide your babies because the Goblin King is back! There is confirmation that the cult classic The Labyrinth (1986) will have a sequel that will begin filming this coming year and all the fans cannot wait to do the magic dance. The Labyrinth has been considered a classic for nearly three decades with spin-off novels, masquerades, and comics dedicated to the film. It has influenced many 80s children and continues to inspire more children in the coming decades. This makes a sequel to the film much harder, as many fans are going to have expectations before the film is even released. People do not want their childhood movie to be spoiled by a poorly done remake. However, they do plan on having some interesting people working on the project. Scott Derrickson who is famous for The Exorcism of Emily Rose (2005), Sinister (2012), and Hellraiser: Inferno (2000), will be directing the film. Interestingly, they chose Derrickson considering he primarily directs thrillers; however, it was said that they wanted someone who could keep the dark undertone that was present in the original movie. Tristar, which was the original distribution company in 1986, chose Derrickson after Fede Alvarez who directed movies such as The Evil Dead (2013) and Don’t Breathe (2016) dropped out because of the stress of doing a sequel to such a loved movie. He became fearful of doing sequels to fan favorites after The Girl in the Spider’s Web (2018) did not do as well as he had hoped.

“I just felt…when people have a preconceived notion of what something should be, it’s very hard to succeed — to surprise them. They’re just expecting the same thing again. So I just decided I didn’t want to do things as a director that people knew already what it was. Or have a preconceived notion of how it should look on the screen. So Labyrinth would be something that people would judge that way, so I decided not to do it.”

They are also bringing in screenwriter Maggie Levin who is also known for thrillers like Into the Dark: My Valentine (2020) which was a hit for the series this year. Derrickson and Levin working together might make for a very creepy version of the Labyrinth’s fantasy world which was already dark in the first place. This can be something that could work well in Jim Henson puppet world and it will be exciting to see what they can do with it. Another fascinating addition to the team is the producers Lisa and Brian Henson which are the two children of former Labyrinth director, Jim Henson. Not only are they trying to keep the original dark fantasy theme but also trying to implement the mind of Jim Henson through his children. This gives me more hope than other remakes because of how much attention they are paying to try to keep the originality of the first movie. It does not seem that the remake is being used to bring in money by piggybacking off of the Labyrinth’s name, but rather trying to give an honest sequel to the adoring fanbase. Tristar has teased about this since 2018 and now we can finally rest assured that work is in progress based on a tweet from Derrickson confirming his role in the movie. All we have to do is wait and see what he and the children of Jim Henson come up with.

The first question we are probably all thinking of is who is going to play the new Goblin King? Who could replace David Bowie in his iconic role? There is no word on it yet but whoever it is will certainly have to fit into some tight tights. It seems the roll for Jareth was custom made for David Bowie, a role only he could play, so how could they go about recasting this integral character? When Tristar first began to tease a sequel in 2018, Fede Alvarez announced he had written a script that did not include the characters Jareth or Sarah. He never officially released it to the public but it would be pretty hard to imagine a sequel or a prequel without either character, although I could see the temptation to remove these characters in order to not have to recast them. Recasting iconic characters can make or break a sequel and could potentially ruin a film before it is even released. This was the exact reason Alvares stepped down, because audience members are going to have certain expectations that a person will have to meet to play Jareth, and it is going to be hard to find someone to match Bowie’s energy. The actor would have to be able to sing, be mysteriously attractive, be creative, and willing to break boundaries. No one could ever have the voodoo like Bowie and it will be hard for Tristar to find a replacement that fits these criteria as they have to be a good actor while also being a talented singer, something that is not all that common but is possible. We can only hope they pick the right actor if they do decide to keep the Goblin King in the sequel. If they choose to remove Jareth as a character, hopefully, they make a character that will capture our hearts just the same.

There are many alternate stories people have suggested for a prequel and a sequel that would tie in nicely with the original film that I believe are worthy to mention. As stated before, The Labyrinth has become a cult classic with many fans writing alternate stories that could work for the new movie. Some mangas follow Jareth’s story before Sarah arrives and shows his interaction with the fantasy world. This could help give people more of a background of the mysterious land and also let the audience know more about Jareth and how he came to be. Another suggestion that could help expand The Labyrinth universe would take directly from the original film, making it seem that a remake was secretly hidden in the movie all along. At the beginning of the original film, the movie suggests that Sarah’s mom has died before her meeting the Goblin King by showing old newspaper clippings of her mother. In one of these pictures, Sarah’s mother looks as if she is standing next to someone who looks remarkably like David Bowie. There could be a prequel with the Mother also meeting the Goblin King and what transpired between them. This could give us more of a backstory of both Jareth and Sarah while also adding an element of fate that would bring the two characters together. They could also use the same idea but change it into a sequel by using Toby (The baby brother) who would have to face the same challenges Sarah had to go through to save him. A final suggestion and I believe to be the most interesting, is Sarah returning to the Labyrinth. In the original, Sarah faces problems in the Labyrinth that helps her fix personal dilemmas that she faced in real life. It is essentially a coming of age story in which Sarah learns how to navigate the world as an adolescent evolving into adulthood. A good sequel idea would be to have Sarah come to another milestone in her life in which she has to escape the maze again to overcome new challenges. All these ideas for a new story could be amazing because they offer elements from the original film while also expanding on that concept. The audience can feel nostalgic while also remaining entertained by new information. While I can not force Derrickson, Levin, and the Henson children to use any of these ideas, I hope they pick an idea that will make the audience feel the same way they felt when they first watched The Labyrinth while also giving them a different story than what was told in 1986.

Overall, I am glad that they have never planned on remaking the same story and have decided to add to the universe instead. I am also glad that they have Jim Henson’s children working on the project and they are focusing on keeping the sequel just as dark and mystic as the original. With directors changing, the project is continuously being moved back, and the fear of the audience’s disappointment, Tristar might have to fight through a bog of eternal stench before they actually release the film. However, I think we can look at this new project and be hopeful that fans of the cult classic will get a well-deserved addition to the story that is as enjoyable and as wonderous as the original Labyrinth.