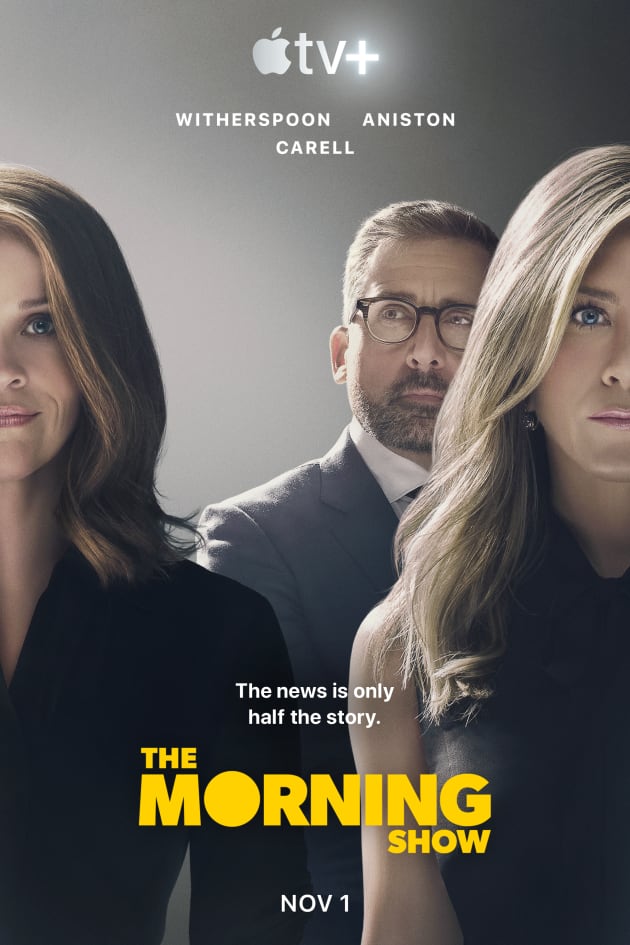 Televison on July 22, 2020 0Likes At The Movies
ShareTwitterFacebookInstagram

Whenever a new product gets released, be it a new video format, video game console, or, in this case, streaming service, it’s inevitably launched alongside media meant to show off this product’s capabilities. The media launched alongside this new product is often meant to be flashy, to establish the product, and to effectively advertise it. This has been the case for multiple media outlets; it’s been true for streaming services like Netflix with original titles such as House of Cards, and it’s true in the case of Apple TV+ and its series The Morning Show. While many of these launch titles are attractive on a surface level, they often lack the depth of other, more nuanced programs, which is unfortunately true in the case of The Morning Show.

The Morning Show is one of Apple TV+’s first original series for the service. It stars Jennifer Aniston, Steve Carell, Reese Witherspoon, Mark Duplass, and Billy Crudup, and centers around Aniston’s character navigating the world of gender politics in the news industry after her partner, played by Carell, is fired after rumors of prior sexual misconduct of his surface. Aniston and the rest of the news network are left scrambling, trying to avert a crisis while also rebuilding and restructuring their news show.

The cast of The Morning Show is excellent. It’s obvious that attaching this many big names to this show was deliberate, but it pays off. Aniston in particular is excellent as the consummate professional, Alex Levy, and Duplass also brings a well-done performance as the ever-stressed out news director. Apart from the star-studded cast, the script of The Morning Show is also fairly well-done. It isn’t excellent by any means, like other dramas such as The West Wing or Billions, but the writing is clever enough and there are many tense, high stakes moments throughout the episodes to keep the viewer engaged.

The biggest problem facing The Morning Show is by far the longevity of this series. Unlike House of Cards, which existed largely as a character study, or The West Wing, which existed to provide an in-depth view of a profession, this series exists mainly as a way to highlight a specific social issue, namely gender politics in the media. The script, while not superbly written, is able to highlight this issue in a tasteful and nuanced way, but a single issue such as this one is simply not enough to carry an entire series. As it stands, The Morning Show would most likely be better off as a limited series of some sort, allowing for an end to the story that feels planned and natural.

The script is clever, but not as much as it could be, and the topic is too sensational to realistically last an entire series. However, the writing is decently done, and the performances from the actors are all very well-done, making The Morning Show a thoroughly enjoyable show. The stunt-casting is without a doubt a ploy to get people to subscribe to Apple TV+, but as it stands, it is a decent show that is certainly enjoyable to watch. Just don’t expect to see a season 7 of The Morning Show anytime soon.

NETFLIX is looking for YOU!