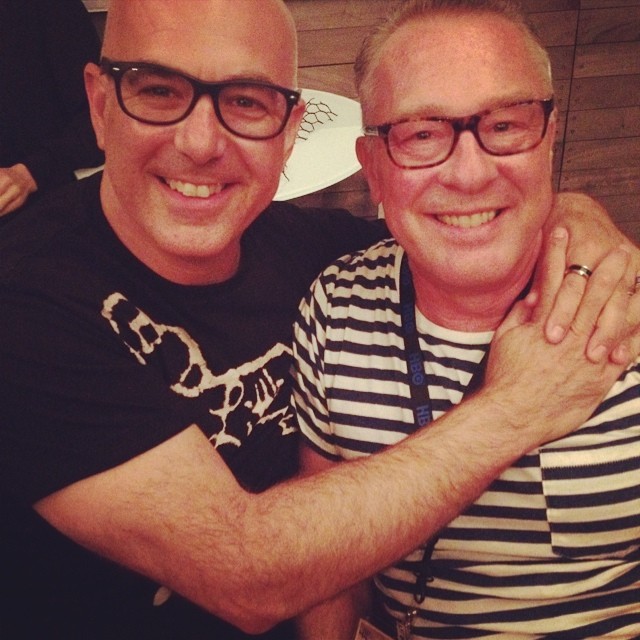 Reel 2 Real on August 25, 2020 0Likes At The Movies
ShareTwitterFacebookInstagram

Todd Hughes grew up contemplating being a marine biologist or a doctor, but his high school teacher suggested pursuing a more creative career. The teacher knew of his love for creative writing, which led to his desire to become a screenwriter. He had also deeply admired movies since he was a child. After finishing college in 1986, Hughes moved to Hollywood. The move was his dream come true since he always wanted to live in California. This was also where he met Ebersole and found a love for movie making. The two have been a screenwriting team for over 30 years.

As a child, P. David Ebersole had fantasies of being a pop star. His singing lessons and music auditions earned him the lead in the musical: Junior High with Paula Abdul.

Ebersole was a film student at NYU Film School, and AFI Film School. He was attracted to film by the way the design, history, frame and content was put together. He loves post-production, as well as the editing process. He enjoys shaping and writing what the story will become on film.

Though he started his career as a child actor, he found that his true happiness was behind the camera where he started directing plays.

Ebersole and Hughes both realized their love for documentary making while residing in Silver Lake California. Their next door neighbor was drummer and musician: Patty Schemel. Before watching old tapes of her musical journey, Schemel asked Ebersole for help retrieving the footage since it was no longer supported by electronic devices. The two filmmakers ended up making their first documentary about Schemel’s story of her rock and roll success as well as how her drug addiction led to her becoming homeless on the streets of Los Angeles. They have continued to direct and produce a number of  documentaries together.

The married filmmakers’s newest documentary: House of Cardin allows viewers to step into the creative mind of Italian-French avant-garde fashion designer, Pierre Cardin. Being behind the camera has given the filmmakers many opportunities to watch the magic happen live and learn how different stories unfold.