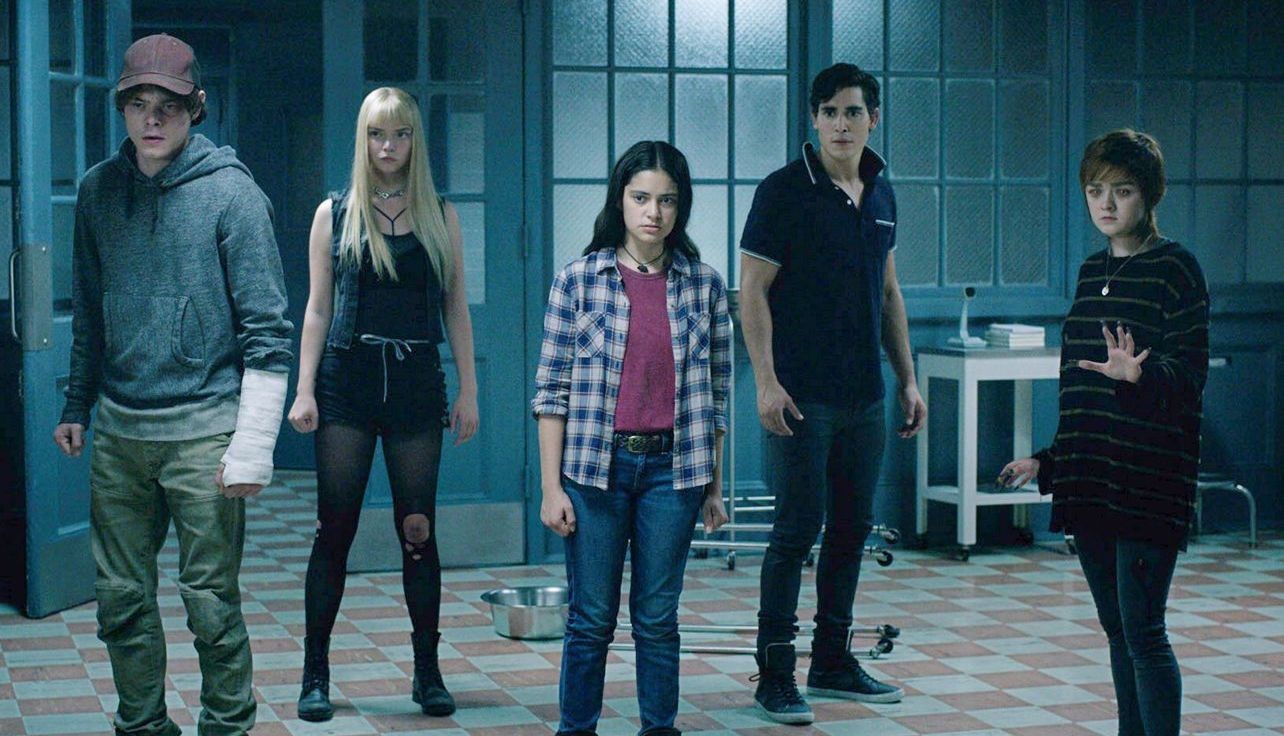 The New Mutants have arrived, I mean escaped, I mean they have been thrown under Disney’s canon after the popular franchise purchased 20th Century Fox last year.

Simply put, the anticipation has become throttled with multiple times, and it was somewhat frustrating to keep waiting for a film that would be the last under the Fox Marvel franchise (and after the preposterously mediocre Dark Phoenix). It only took 20 years and 13 films for the X-Men series to end in such an inconclusive manner.

After two and a half years of production issues, re-shoots, moving the release date multiple times, and brushing past the pandemic, we finally have received the (highly anticipated?) film Fox wanted the world to see. The result? It is a merely passable film, but still not worth all the time and effort invested into it. Hugh Jackman’s Wolverine is no sight, the guy that propelled this franchise to impressive heights. He had one last beautiful outing with Logan (2017), so there is that. No sign of Professor X. Magneto? Nope. Jean Grey? Oh, she became occupied in that other atrocity released last year. Deadpool? Not even close.

The film centers around five mutant nobodies, who cannot fully control their powers and must become subject to a crumbling (yet prison-locked) campus. They are looked after by Dr. Cecilia Reyes (Alice Braga), who attempts to “assist” them in controlling the powers, so they will hopefully be able to exist around the world freely.

We have Rahne (Maisie Williams), an individual who can turn into a wolf, Sam (Charlie Heaton), a discount Human-Torch; Roberto (Henry Zaga), a hormonal guy who can burst into flames (like that tattooed fire-guy in Suicide Squad). Next, Illyana (Anya Taylor-Joy), a Russian who can access Limbo, holds a sword and speaks to a dragon pet. Lastly, we have Danielle (Blu Hunt), an immeasurable psionic power-being that even the doctor cannot get full insight into or control. They have names they use in the comics, but those do not come to fruition. Probably because they are trying to escape a practically inescapable place, like the central situation in that disturbing (yet potent) Don’t Breathe film.

Oh, this writer would recommend that horror film leagues before this one, even if it contains a legitimately creepy scene in its third act (and one people do not wish to talk about). The New Mutants is supposedly a horror film, but it never acts like one. It just throws a bunch of weird scares in and some discount Slender-mans. The setting does look like an abandoned insane asylum, but the film never entirely takes advantage of its surroundings. Director Josh Boone got his objective in making the film, but he simultaneously failed to make it scary, heroic, and memorable. Interestingly enough, this individual did direct The Fault In Our Stars, a film brimming with teenage troubles.

It does show here, and the teenagers have their typical troubles such as love, obsessions, and some well-thought-out adolescent concepts. The drama is somewhat intriguing but one-dimensional, and the cast (notably Williams, Taylor-Joy, and Hunt) did a great job in livening up the scenery. The visuals are not too bad, either.

The biggest hindrance is the film never kicks out of first gear. Everything settles for the “basic” and not a “sophisticated” feeling. The characters’ backstories also get flown through way too quickly that it is difficult to develop sympathy for them. There is no proper villain, story arc beyond escaping this place, or any ingenuity throughout. It feels remote, and the viewers are begging for something to pull them towards the screen.

The last twenty minutes are lousy. A big, demonist bear is the villain? So much running around by our mutants that they try to finish it off and at the same time, have Danielle understand her unknown powers. It fails to satisfy because it does not hit the right notes. Every chance the film had potential, but Fox shied away.

In the end, they escape-no sequel or follow-ups. Fox could have released this film two and a half years ago, and it still would have made no difference.