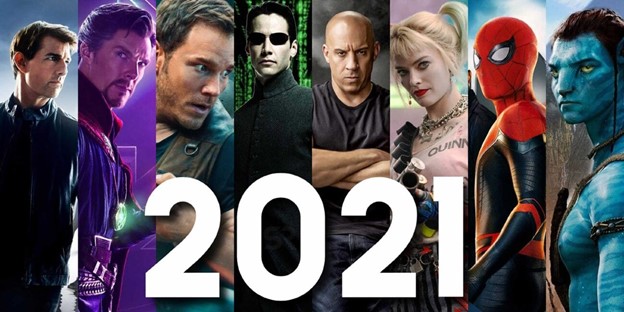 Please make no mistake about it; 2020 has become a dreadful year for films. Any release planned from mid-March onward has become rattled by the COVID-19 pandemic and forced to either be released directly onto streaming services or delayed till next year (or indefinitely). The box-office, film distributors, and movie theaters are starting to fear the end may be coming as they cannot continue to hold out.

The box-office has dropped to historic lows, with the highest-grossing film this year, The Eight Hundred, being on par with the highest-grossing film back since 1995. Not one single feature this year has broken the half-billion-dollar point, something that is extremely rare since, in the past decade, multiple films would assuredly top the billion-dollar mark each year. 2020 started with a whimper, and at this point, it will probably not recover.

Christopher Nolan’s Tenet film became the first blockbuster in months to finally release into theaters. However, it suffered due to continual fears from the pandemic, limited auditorium capacities, and a decent (not great) word-of-mouth. Its mediocre box-office performance is what scared off most of the other 2020 tentpoles. Wonder Woman 1984, initially scheduled for June this year, is now opening on Christmas. Fast and Furious 9, Black Widow, Candyman, and even Jurassic World: Dominion flocked to a later release date. Disney’s Mulan remake performed adequately on PVOD but did not have the “pull factor” to ensure it would become a gargantuan (although predictions showed it could have been assuming theaters did not shut down).

2021 has taken the brunt for this year’s damage, is now ridiculously overstuffed with one-too-many blockbusters. Don’t believe it? Check below the list for every single blockbuster (as of now) released for each season next year.

April to June – No Time to Die, A Quiet Place: Part 2, Black Widow, Godzilla vs. Kong, F9, The Conjuring: The Devil Made Me Do It, Venom: Let There Be Carnage

July to September – Top Gun: Maverick, Minions: The Rise of Gru, Shang-Chi and the Legend of the Ten Rings, The Forever Purge, Jungle Cruise, The Suicide Squad, Hotel Transylvania 4, The Hitman Wife’s Bodyguard

As detailed, this is a cornucopia of films that spark significant attention as many will be heavily anticipated or showcased to dominate the box-office next year. It is surreal how much attention every single film must receive as most are sequels attached with guaranteed money-making companies and renowned Hollywood actors.

It is too unpredictable at this point to question which films have been set in stone or will delay further. There is no assurance, let alone an indication that the rest of the movies will hit theaters this year or next year (cited by CNN). Any sense of normalcy has been tossed aside and will be so for the near future. It is detrimental to Hollywood’s success, and actors as many have stockpiled themselves on projects which should’ve started production (or released already) but are tossed in the air until some stability comes forward.

2021 will unquestionably be a deciding factor of the film industry’s development and progression. It is indeed sorrowful Hollywood was hit severely by the external circumstances. As of now, their only desire is to gain support and move forward under the best (and safest) circumstances. The terms adapt and evolve, staying under Hollywood’s (and the world’s) plan for the time being.

The ‘Least Watched’ Holiday Movies of All Time