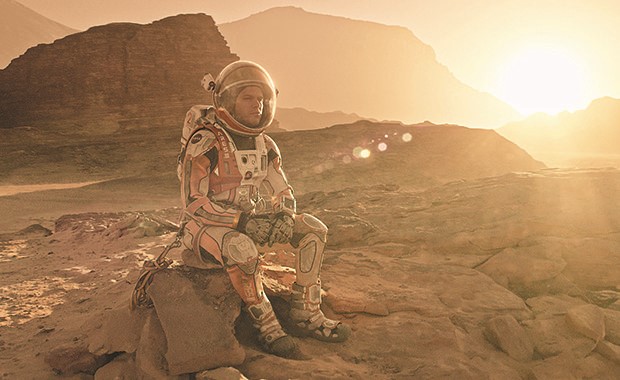 Are you struggling to be productive during these times? Need something to satiate your entertainment needs? Well, you are in luck, as The Martian may be the film for one to enjoy during seclusion from the outside world (and immersing oneself into an enthralling experience thanks to the one and only Matt Damon).

Five years ago, 20th Century Fox released a science-fiction film directed by Ridley Scott. It secured our attention due to its exploration of how a man could survive loneliness on the planet Mars after being left behind, and what drastic measures must be taken by his crew and Earth’s intuitive minds to bring him back home alive. The tagline of the film is, “Help is only 140 million miles away,” so.

Ridley Scott, the mind behind the classic Alien and Blade Runner films, needed something to bring him back to his usual form after a disappointing turnout with The Counselor in 2013 and Exodus: Gods and Kings (2014). He did so effectively here, creating a compelling story that does not become bloated with monsters or magic.

It is a thrilling and straightforward survival-and-rescue adventure that somehow becomes even more glorious when the charming Matt Damon is at the heart of it. The film becomes a dual journey into the forms of inner and outer space, which binds to one’s mind and allows them to transverse the universe and the landscape of a single consciousness. Damon’s character, Mark Watney, is physically stranded on a planet known for having little oxygen (and life forms), but he becomes free to explore a brutal reality with his mind.

Damon here is ridiculously funny with his commentary on how the unpredictable situations unfold. Still, his character stays filled with a clear purpose: a commitment to keep trying and trying when he is aware hope is not on his side. Watney solves one problem and more, even when fate strikes in a harrowing manner. He teaches the audience that we should not be quitting as humans but instead trying to ingrain ourselves with a purpose. A purpose to prepare for the worst. A drive to live and succeed.

The other aspects of the film are astonishing as well. A clear-cut story, stunning visuals, a vibrant supporting cast, fun music, and a sense of likability all contribute nicely. It is tough to dislike a film like this, coupled with Damon’s performance and Ridley Scott’s direction. The inclusion of NASA was the icing on the cake, as it further allowed a more realistic atmosphere and publicized any dealings with future human missions to Mars. You know, let us bring all the astronauts back home together?

The Martian is a story of one’s man determination to get back home from a near-impossible situation. It was everything it had to be and then some. Damon is the heart of the film’s ebullience and temerity. Enjoy it while sitting at home and maybe ponder what it would be like to live in a world where you are the sole inhabitant.