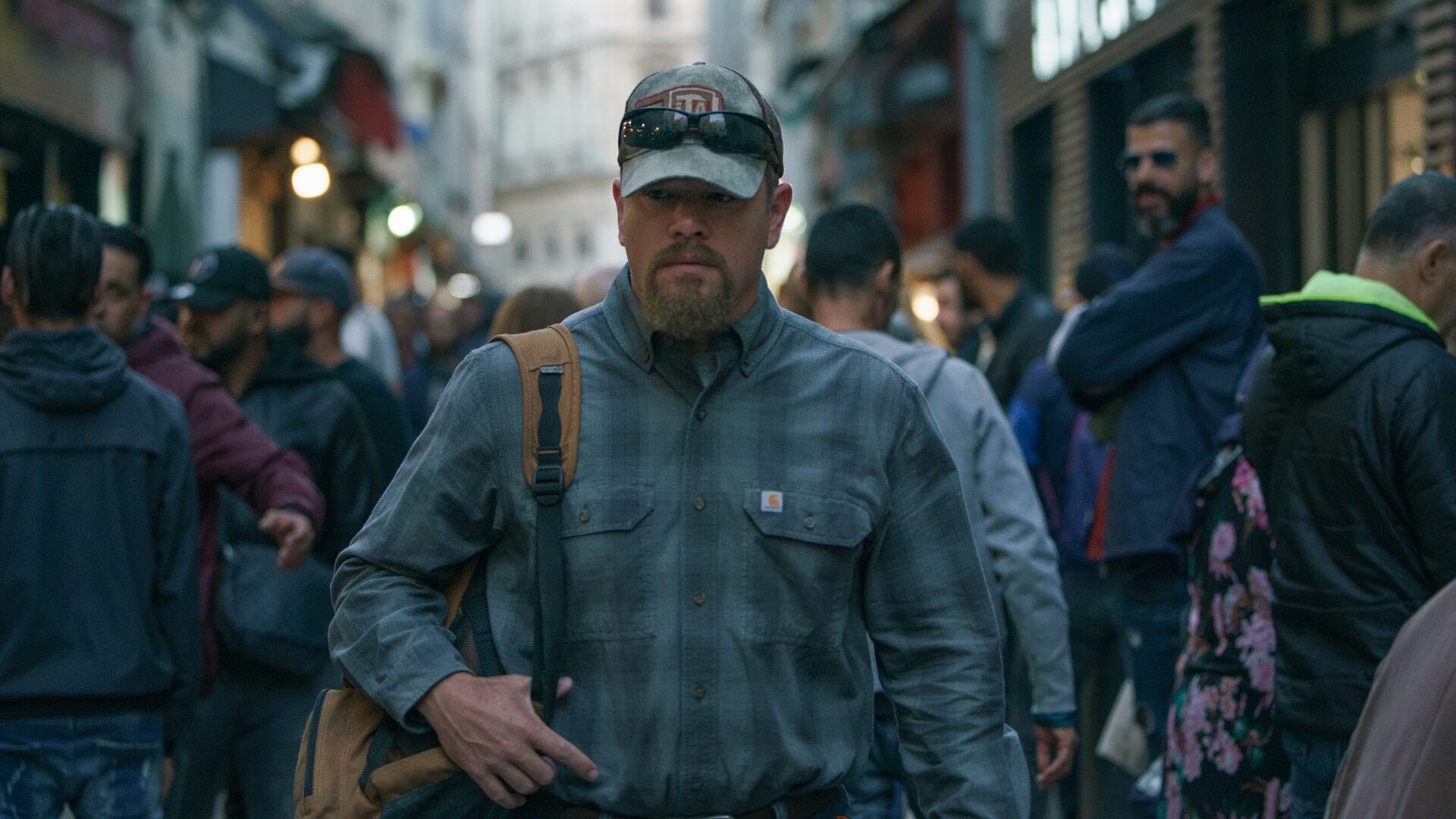 Matt Damon’s newest film, Stillwater, is a heart-wrenching story about a father trying to prove his daughter’s innocence. Stillwater follows Bill (Damon), who travels from Oklahoma to Marseille to help his daughter Allison (Breslin), who is imprisoned for a murder she didn’t commit.

It’s hard to not picture Liam Neeson in Damon’s role, but think less Taken, and more Hugh Jackman in Prisoners or Sean Penn in Mystic River. This is further proof that fathers will truly do what they have to in order to protect their child and add Damon to the list of actors who have taken on that kind of role. What makes Damon’s character of Bill unique is that he is a country bumpkin that you may run into at your local Home Depot. His outfits range from black tank tops, blue jeans, and a ball cap. He prays before each meal, and even uses the term “Fake News.”

As heavy as the subject matter of Stillwater is, it is surprisingly funny. Whether it’s Bill’s cultural incompetence that shows in his communication during his sojourn, or the moments his American roots show such as when he bought a Subway sandwich while in France. Lilou Siauvaud really shines the most in the comedic moments. The young actress had a great connection with Damon, and it is adorable to watch.

Camille Cotton has good chemistry with Damon. Her character of Virginie resides in France, so she is the one that really teaches Bill a lot in a very similar fashion to Julie Delay’s character showing Ethan Hawke’s character the ropes in France in the “Before” trilogy.

Director Todd McCarthey’s stylistic choices in Stillwater stand out. There is a notable amount of handheld camerawork, especially once the story goes to France. This continues even into certain conversations, which made them more engaging with constant movements between characters.

Where Stillwater falls flat is its inconsistency in tone. The first half is very much about Bill’s search to prove his daughter’s innocence, but the second half turns into more of a family drama, where Bill is rebuilding his life. It then turns into something close to a “B movie” thriller when his character attends a soccer game. Without revealing the actual events that transpire, a lot of things must go just right, and the leap is just too much for a film that was relatively grounded for the previous hour and a half of the runtime. Even Damon’s chapter admits it was all “just chance,” but that holds as much weight as Tyrese pointing out that the characters in F9 are seemingly “invincible.” This turning point is also where the film becomes the most predictable. Any moment of tension is washed away with very formulaic resolutions, and it felt unsatisfying. The film is also way too long. With a runtime of 2 hours and 20 minutes, it could have been trimmed a bit to take it closer to the 2-hour mark. There were two or three scenes that seemed like natural places to end the story, but it trudges along to use all that runtime. It’s a shame as the story could have felt tidy if it ended sooner, but the ending we get is anti-climactic.

Despite some flaws, Stillwater is easily the most emotional role Matt Damon has taken on in recent years. He’s not kicking butt like Jason Bourne, in fact, he’s the one getting his butt kicked most of the time in this film, but Stillwater has brought out an emotional side of him that is welcomed. The whole cast is solid, though Damon is the main attraction. If you can withstand a bloated runtime and a story that takes a leap almost akin to Promising Young Woman’s third act, then you will enjoy Stillwater. While Damon likely won’t add his first acting Oscar trophy to his resumé with his role in Stillwater, it remains a feat to be proud of as it is his most human role in quite some time.