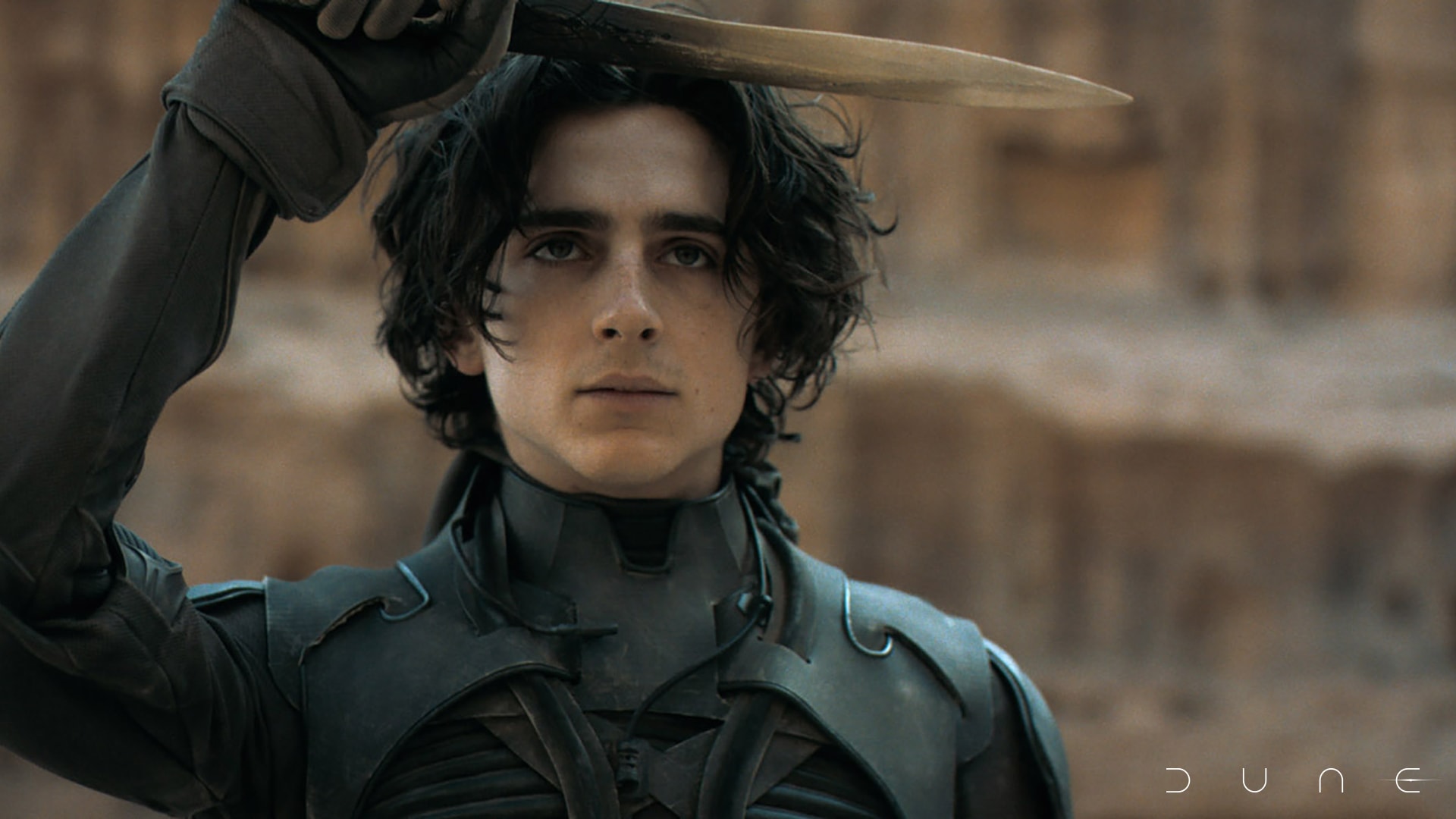 Movie Reviews on October 12, 2021 0Likes At The Movies
ShareTwitterFacebookInstagram

It is fitting that Denis Villeneuve —director of two of the best recent sci-fi flicks: “Blade Runner 2049” and “Arrival” —helmed the latest adaptation of Frank Herbert’s classic book, “Dune.” Villeneuve’s previous work with sci-fi, combined with the hottest cast in all of Hollywood, makes for a satisfying beginning that needs a sequel. It is at times bogged down by being the first part in a large-scale story (as it admits with the “Dune: Part One” title card), but where the film lacks stakes, it makes up for in spectacle and the visualization of planets like Arrakis that you will not want to check out of. Even when it does tend to slow down, especially with a hefty two-and-a-half-hour runtime, Villeneuve will keep you entrapped in the world he is bringing to life. Now all that is needed is a proper payoff for the story.

Where to even begin with “Dune”? The cast is phenomenal, though it should be noted that Timothée Chalamet begins quite stiff (which is warranted to some degree for his character), but is brilliant by the end as Paul begins to mature into his role (even if it does happen quite fast). His few first scenes came off as a bit jarring, but that could be the recency bias of having just seen “The French Dispatch,” where he was having the time of his life in an over-the-top role. Oscar Isaac continues his fall domination with another good role, and while Josh Brolin’s voice will always be associated with Thanos for me personally, he was a great mentor figure for Paul. As for another actor who is synonymous with a role, it was nice to see Jason Mamoa as someone not named Aquaman. While he totally still plays the “big bro” role, his action sequences were the best in the film. Stellan Skarsgård’s voice may be recognizable, but he is hidden behind a lot of makeup. His villainous role stood out as he was sinister and ruthless.

Hans Zimmer once again nails this score, with a mixture of his epic, grand scores and these haunting vocalized tribal chants that are heard in the trailers. They are very reminiscent of the music you would hear on the reality show “Survivor,” and I was fully expecting a cut to a talking head with Paul as he explains why he wanted to vote Duncan off of the island as he looked off at the coastline of Caladan. In some of the bigger moments, Zimmer’s score bleeds through in epic fashion. There may never be another composer that can nail such a grand scale as Zimmer does.

Denis Villeneuve has such a grasp for bringing these sci-fi worlds to life in the biggest way possible. An IMAX viewing is needed to capture the full scale of “Dune.” Whether it be the Atreides’ home planet of Caladan or the sandy Arrakis, every planet feels distinct and like somewhere not on Earth, even if we have beaches with sand.

A runtime of two and a half hours is a big ask for audiences, and in all fairness, it does feel its length at times akin to “No Time To Die.” After a pretty brisk opening, it begins to slow down, and a lot of the second act is quite slow until the pace picks up in the final act. There’s always enough to keep you interested, but being distracted by the pretty landscapes and cool architecture won’t be enough for some. Yes, “Dune” is a massive book, and this film is clearly setting up for a sequel. There was never going to be a way to fool audiences into thinking that you could fit the entirety of Frank Herbert’s book into a single film (sorry, David Lynch), but even those who have not read the book can likely guess where story beats go, and it does impact the stakes to an extent. But the visuals are so striking that you probably won’t end up caring that you know deep down that Chalamet never faces any real danger in the film. My biggest complaint is Zendaya’s last line in the film: “This is only the beginning,” in what felt like one of the biggest “no duh” moments in recent memory. Maybe the line is in the book, but that doesn’t make the delivery of it in the film much better.

Look, the bottom line is, “Dune” will certainly be a test for certain audiences, and these epic sci-fi movies aren’t always known for drawing “Titanic”-like numbers at the box office, but there needs to be a second film. Luckily for those who love this movie, Warner Brothers has already confirmed that the box office totals won’t be the only factor in whether a sequel is greenlit or not. The spice is in WB’s court, but if by some crazy chance “Dune” never gets its sequel, its reputation may go from a really good sci-fi movie to one of the biggest disappointments ever. A lot is still left to unpack, so please, go see “Dune” on the biggest screen possible, or else the sandworms and Dave Bautista will be hunting you.

Out of Exile Review