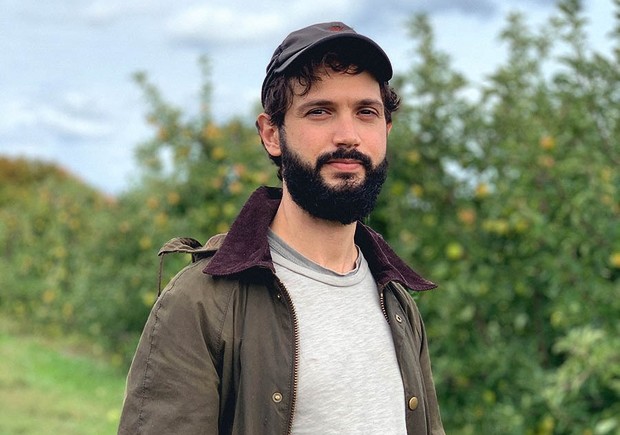 Spotlight on October 11, 2021 0Likes At The Movies
ShareTwitterFacebookInstagram

For years, American moviegoers have been seeing the small country of Malta on the silver screen but had no clue that this tiny pocket between Sicily and the North African coast was being displayed. Films such as “Gladiator” and “Murder on the Orient Express” (2017) are just a couple of the films that have been shot in Malta. Now, in 2021, Alex Camilleri is bringing his feature-length debut, “Luzzu,” to theatres in both Malta and the United States.

“I’m privileged to take people to Malta for the first time. We’ve been looking at Malta for years in American films, we just didn’t know,” said Camilleri.

Culture has always been important to Camilleri, who grew up in the United States but traveled back to Malta throughout his life. “Luzzu” was made as a result of wanting to “wish to marry love of movies.” While “Luzzu” is Camilleri’s first feature-length film, he is not a newbie to film. He has numerous editing credits, and his works have been screened at the Venice Film Festival.

“Luzzu” tells the story of Jesmark (Jesmark Scicluna), who hits a crossroads as he tries to provide for his wife (Michela Farrugia) and his young child who is having health issues. The word “luzzu” is a type of fishing boat in Malta, but it is more about tradition than anything else.

Perhaps one of the most interesting aspects of “Luzzu” is the fact that there are many first-time actors. The lead actor, Jesmark Scicluna, is a real-life fisherman, who had no previous acting credits. Jesmark and his brother David (who also stars) took Alex out fishing for about two years while Alex was still researching for the film. He wanted to show what the job of fishing means to people, and the best way was to take real-life fishermen and put them in the film. Camilleri compared the opening of the film to a documentary, as it explains the process of fishing and gives a glimpse of that world to viewers.

Working with first-time actors was the highlight of Camilleri’s experience on the film, and he found it both “challenging and rewarding” by the end of his time on the film. During the two years he spent with Jesmark and David, he didn’t give them the script for the film, opting to instead have them improvise to get a feel for their dynamic. This allowed the film to feel genuine, as “Luzzu” also used the local language found in Malta, which is rare for films.

Ironically for a film about fishing, Camilleri had never gone fishing prior to his two years with Jesmark and David. He admitted to being prone to seasickness and did get sick during one day of filming. Camilleri described himself as a “sponge for detail,” really soaking in and being open to any information that Jesmark and David gave out to see how the sausage—well, fish—gets made.

While fishing is a beautiful thing, there is a black market of the fishing industry that Camilleri explores in his film. He had done research on it and came across the “fish fraud” in the news, which is when fish are incorrectly marketed and sold to be something they are not. This was something “unavoidable” to bring up, as fishermen in Malta will bring it up on their own.

“He [Jesmark] is an innocent character having his eyes opened and not judging,” explained Camilleri. In the film, Jesmark is introduced to the black market and does not judge people who are involved. He even gets involved himself, but it was the lack of judgment that showed maturity in Jesmark’s character.

Reactions to “Luzzu” have been great: it currently sits at a 100% from critics on Rotten Tomatoes. Perhaps even more meaningful is the reaction it has received during its debut in Malta, which Camilleri said has been extremely positive. He accredits this to both the sensibility and authenticity of the film.

“Luzzu” has been an exciting project for Camilleri, but he is not done yet. He is back in Malta, already working on his next script, which he hopes to begin shooting for next year. There will be some similarities to “Luzzu” from a technical standpoint: he wants to once again use non-actors, but he also looks forward to being able to show a new side of Malta. While he wouldn’t give away any plot details, he promised to explore a new genre and tone. “Luzzu” is a promising feature-length debut for a filmmaker with a mission to put Malta on the map. If “Luzzu” is any indicator, Camilleri has a very promising career ahead.

“Luzzu” is being distributed by Kino Lorber and will debut in theatres in New York City beginning October 15, before making its way to Los Angeles and other cities.