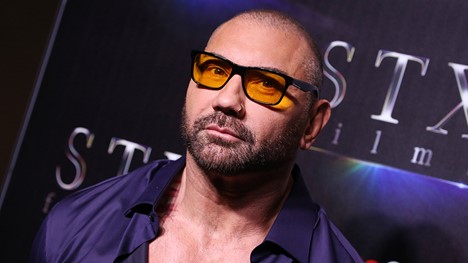 DAVE BAUTISTA WILL STAR IN M. NIGHT SHYAMALAN’S ‘KNOCK AT THE CABIN’

It is reported that Bautista was quick on his feet to join Shyamalan’s latest work, given that he has worked with top directors such as James Gunn, Denis Villeneuve, and Rian Johnson. Shyamalan never shies away from bringing top movies stars in his films like Bruce Willis, Samuel L. Jackson, or James McAvoy.

His recent feature, Old, grossed 90 million at the box office, proving Shyamalan’s subversive direction is bankable (even during pandemic times).

Bautista has been on a hell of a stride recently, wrapping up production on Knives Out 2 and filming Guardians of the Galaxy Vol.3 (which is supposedly his last ride as Drax The Destroyer in the MCU). He is also expected to shoot Dune 2 and will star in an upcoming film alongside Jason Momoa for MGM.

Many are excited to see Bautista’s next slate of films, and we’ll see if Knock at the Cabin proves to be one of them.