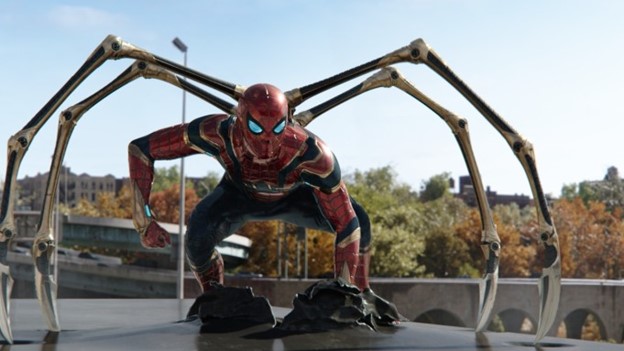 Mark my words: Spider-Man: No Way Home will be the end of another era for the Marvel Cinematic Universe (and Sony Pictures). And suppose all goes according to plan upon releasing on December 17, 2021. In that case, Spider-Man’s third adventure in the MCU will be following in the footsteps of the (first) grandest superhero saga finale, Avengers: Endgame.

For anyone who needs to be caught up to speed, Avengers: Endgame earned nearly 2.8 billion dollars in its theatrical run and is the former highest-grossing film of all time (James Cameron’s Avatar reclaimed 1st place after a 2021 re-release). As the 22nd entry in the Marvel Cinematic Universe, it triumphantly concluded the Infinity Saga storyline with some superb storytelling, a strong (and heartfelt) direction, and a uniquely crowd-pleasing experience. One will be hard-pressed to find anything remotely like the screams and cries of joy from the audience once the thrilling final battle takes place. It gave the original six Avengers (played by Robert Downey Jr., Chris Evans, Chris Hemsworth, Mark Ruffalo, Jeremy Renner, and Scarlett Johansson) a beautiful sendoff. It gave rise to the next era of superheroes like Captain Marvel and Doctor Strange (played by Brie Larson and Benedict Cumberbatch, respectively).

Tom Holland’s Spider-Man has been an integral part of the MCU since his debut in Captain America: Civil War. Many have praised Holland’s comic-accurate depiction of the web-slinging friendly, neighborhood superhero. His first solo film had him eagerly trying to stop the Vulture (played by Michael Keaton) and his evil intentions while dealing with school and tight guidance from Iron Man. His second outing had him reflect heavily upon the death of his mentor, and then he flew to Europe on a school trip to end up battling the illusions from Mysterio (Jake Gyllenhaal). At the end of the second film, his identity became exposed to the entire world, with Mysterio framing him for destruction and death.

A Spider-Man film never pulled this move, so Spider-Man: No Way Home already has an intriguing premise to unravel. How could a teenage hero learn to cope in a world exposed and framed as a murderer?

Once the first trailer hit, revealing Parker asking Dr. Strange to use magic to wipe his identity from the world, it accidentally opened the multiverse. And now, the trailers and all have proved that past Spider-Man villains (from different eras) will join this ambitious feature. It’s monumental and even led to the first trailer eclipsing Endgame’s record of the most-viewed trailer in one day. Dr. Octopus, Electro, Sandman, Lizard, and the Green Goblin will return to the big screen. Tom Holland has stated, “We were all treating No Way Home as the end of a franchise, let’s say.” Holland has also mentioned the next trilogy of Spider-Man films will be completely different with a new tonal change.

Not to forget, there’s a chance we might see Andrew Garfield and Tobey Maguire return as Spider-Man themselves to wow us all. If that does happen, it would be a thrilling moment (like Captain America’s iconic “Avengers Assemble!” line in Endgame).

With the ticket sales breaking websites and it set for a substantial worldwide opening, No Way Home will bring back a theater experience like Avengers: Endgame once did over two years ago. Will it match Endgame’s reception and entire theatrical box-office run? Most likely not, but it will make an impact like pre-pandemic blockbusters once did.

And that alone is worth celebrating.